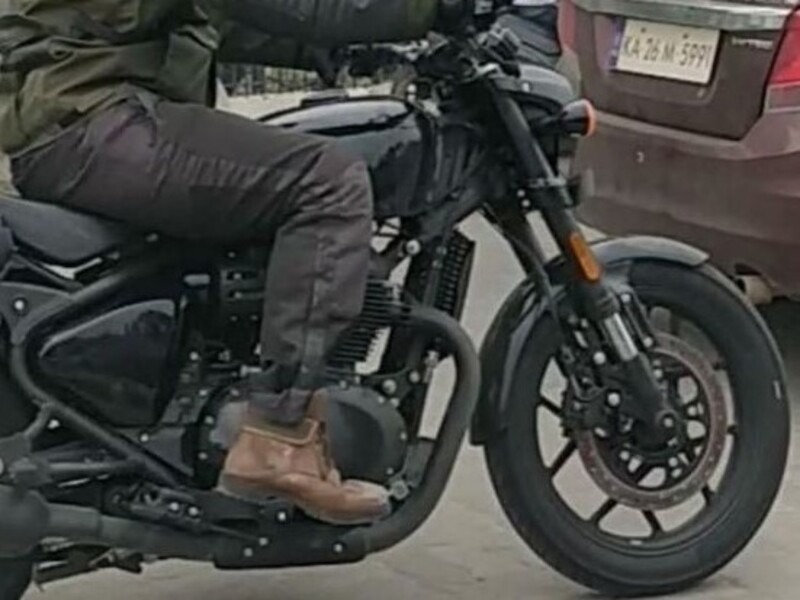 So, Royal Enfield have a number of motorcycles lined up to be launched based on their various platforms in the upcoming months.

Earlier in the year, the Scram 411 made its debut, while a few weeks back the Hunter 350 joined the stables. The 350 platform is still waiting for the new-gen Bullet 350 to join it, which is undergoing testing and during its last spotting, looked production-ready.

They even have a brand new 450 cc platform on which two motorcycles are under testing – Himalayan 450 & alleged Roadster 450. This platform is brand-spanking-new and has been developed overseas at their new R&D centre in the U.K. The novelness of this platform could be seen in the new design language which the Himalayan 450 & Roadster 540 test-bikes are carrying.

Yet, the most anticipated motorcycles from the oldest motorcycle manufacturer in the world (of course other than the Himalayan 450) are the Super Meteor/Thunderbird 650 & the Shotgun 650 based on their premium 650 cc platform.

We have covered a lot on the new Super Meteor/Thunderbird 650 in our coverage here & here.

However, till now we didn’t have much information on the new Shotgun 650 motorcycle, which is based on the ‘SG650’ concept showcased at the EICMA 2021. But now, we have a clear capture of the upcoming Shotgun 650 being tested on our roads, thanks to fellow bike enthusiast – N.D. Santhosh.

Looking at the image of the captured test-bike, the fit & finish of the bike suggest that the bike is in the production-ready avatar, and probably is undergoing its final stages of testing & benchmarking.

The stance of the bike appears to be closer to a roadster than the traditional cruiser bike. This fact is also supported by the riding triangle of the bike illustrated by the test-rider riding the bike. The handlebars are flat & mounted higher, the seat is relatively in-line with the lines of the fuel tank and the footpegs are set between the knees & the hips of the rider. This riding triangle offers an upright and comfortable riding position and is generally characteristic of a roadster motorcycle.

The design language of the bike continues to be RE staple – Neo-classic. Round headlight & taillight, round amber-coloured turn indicators, teardrop-shaped fuel tank, big front & rear fenders, flat seat etc, all are the elements that add to the retro appeal of the bike.

Yet, adding the new-age touch to the roadster are elements like – single-disc braking hardware aided by dual-channel ABS, Upside Down Forks (USD) at the front, semi-digital instrumentation, liquid-cooled motor and standard or optional Tripper Navigation pod.

The upcoming Shotgun 650 will be the fourth bike for the Chennai-based company based on their premium 650 cc platform and will share a lot of fundamental elements from its siblings. It will borrow the same 648 cc, parallel-twin engine which currently powers the Interceptor 650 & Continental GT 650 and will also be found on the upcoming Super Meteor 650/Thunderbird 650. This motor boasts an output of 47 HP and 52 Nm of torque connected to a 6-speed transmission system.

Expect the new Royal Enfield Shotgun 650 to make its debut not before next year, i.e. 2023. There are a lot of motorcycles in the pipeline waiting for their debut. Currently, the RE Super Meteor/Thunderbird 650 could be the latest bike to be released sometime in late October or November 2022.