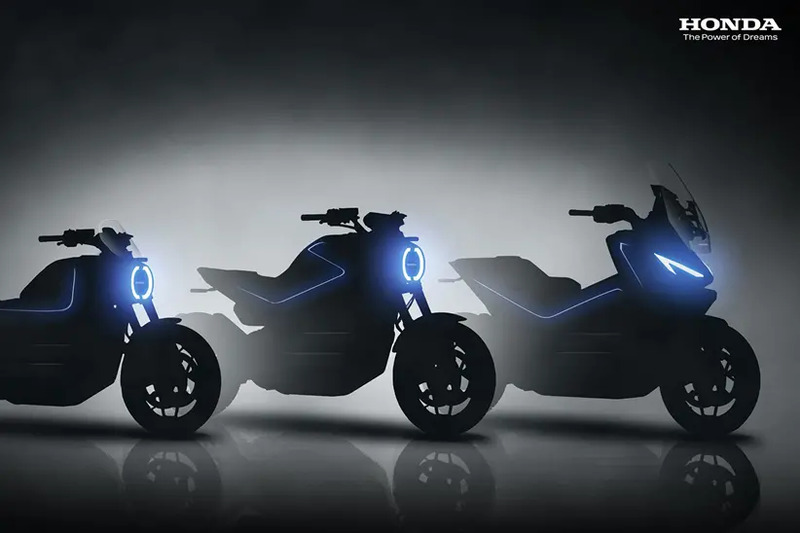 So, Not much is evident in our country, but Honda have been an avid proponent of electric mobility in the past few years, especially in Europe & Japan. From time to time, they have been sharing their ambitious vision of how they are working relentlessly to empower the mobility sector in its plans to switch to the mobility of the future – Electric.

Now, Honda have made their ambitious plans global with an aim to roll out 10 new Electric models by the year 2025, and further achieve carbon neutrality by the year 2040.

Revealing their plan on a global level, Honda have iterated their plan of launching nearly 10 new Electric two-wheelers in the next 3 years.

The first of the classes – Commuter EVs – are aimed to serve the commercial need of the customers as well as the daily commute needs. Honda is already present in Japan & Vietnam where the masses are utilising their Honda e: Business Bike range on the daily basis. Honda is planning to establish such a presence in Thailand by the end of this year.

Also read – LML is Back! New Models Coming On September 29

This range is also aimed at the daily commuting needs of the customers of Asia, Europe & Japan. Honda is poised to launch atleast 2 new models in 2024 & 2025 and increase their reach among the masses.

Yet, Honda is aiming to make their Commuter EM/EB (electric moped/bike) a success in countries with regions of high-density population, such as metro and/or commercial cities. This category is so popular in the country like China that it claims nearly 90% (~ 50 Million units) of the global electric bike sales. To capitalise and grow on this fact, Honda is aiming to release nearly 5 new compact & budget-friendly models in Asia, Europe and Japan by 2024.

Coming to the last category, Fun EVs, Honda plans to launch electric models that will be capable of achieving speeds of more than 50 km/h. The company has shared that they will be releasing 3 full-sized models which will be appealing to the adults, while there will be a model targeting the youngsters as well.

Looking at the teaser image, we can observe that the 3 Fun EV models could be slotted in the cruiser, naked and scooter categories. These models will see the light of day in the years 2024-2025 in U.S., Europe and Japan.