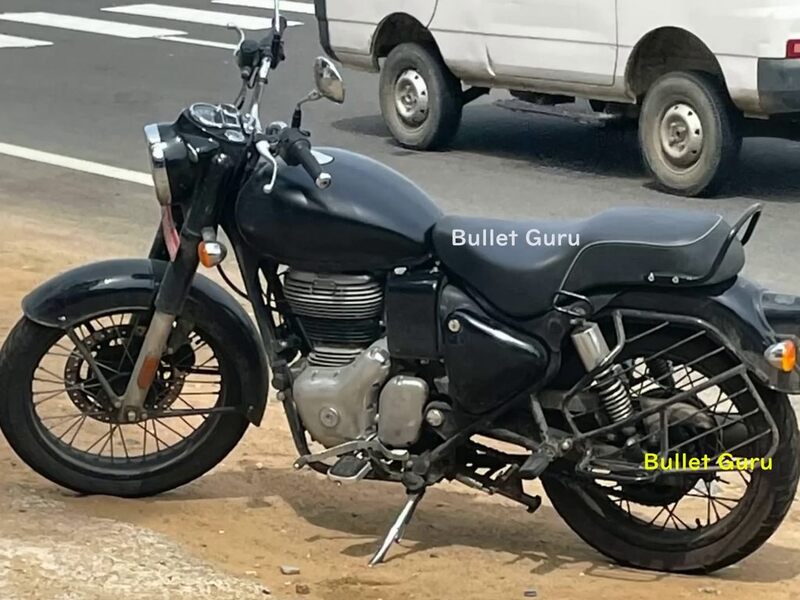 So, in a very rare case, the next-gen Royal Enfield Bullet 350 test-bike has been captured up-close with a full walkaround video, clearly highlighting some similar design features and some understated changes.

We have been in known that Royal Enfield have been working on the next-gen Bullet 350 for a while. A few months back we got our 1st glimpse of the upcoming Bullet 350 test-bike testing with a pair of Hunter 350 roadsters. The images that came out were of grainy & low-quality so a lot of details were hazy.

However, this time the stars aligned just right, and thanks to Bullet Guru on YouTube, we have a very clear walkaround video of the test-bike of the Bullet 350 parked on the side of the road. Nothing suspicious at all!!

At first glance, it is clear that the next-gen Bullet 350 will share the same platform as the recently introduced Classic Reborn, and will be powered by the same J-series 349 cc engine. But, the biggest change is the absence of a Kick-starter after nearly a decade of its gloried history.

The similarities with the Classic Reborn continue in the design of the upcoming Bullet 350 when viewed from the front. So much so that when viewed head-on, you won’t be able to make out which bike is which.

The headlight unit, the indicators, the handlebar, front forks, mud-guard, and even the front braking system have been lifted straight from the Classic Reborn model. However, the changes brought are the use of a Silver-finished engine cover, matte black exhaust pipe, matte-finished tear-drop-shaped fuel tank, and use of shorter rear fender, very reminiscent of the previous Bullet 350.

Going towards the rear of the bike, the rear shocks are again similar to the ones used on the Classic 350, but the single-piece stepped seat is new on the test-bike. During the previous sighting, the test-bike was fitted with a Tan-coloured single-unit seat which tells us that Royal Enfield could offer different colour options for the seat and maybe fuel tank finishes.

We know, for the die-hard Royal Enfield Bullet fans the new bike and the thought of change coming to the beloved Bullet would be unnerving and disappointing. However, this is just one of many test-bikes Royal Enfield is working on. There is still a lot of work to be done on the next-gen Bullet 350.

We are expecting Royal Enfield to Launch the next-gen Bullet 350 somewhere around the second half of 2023.