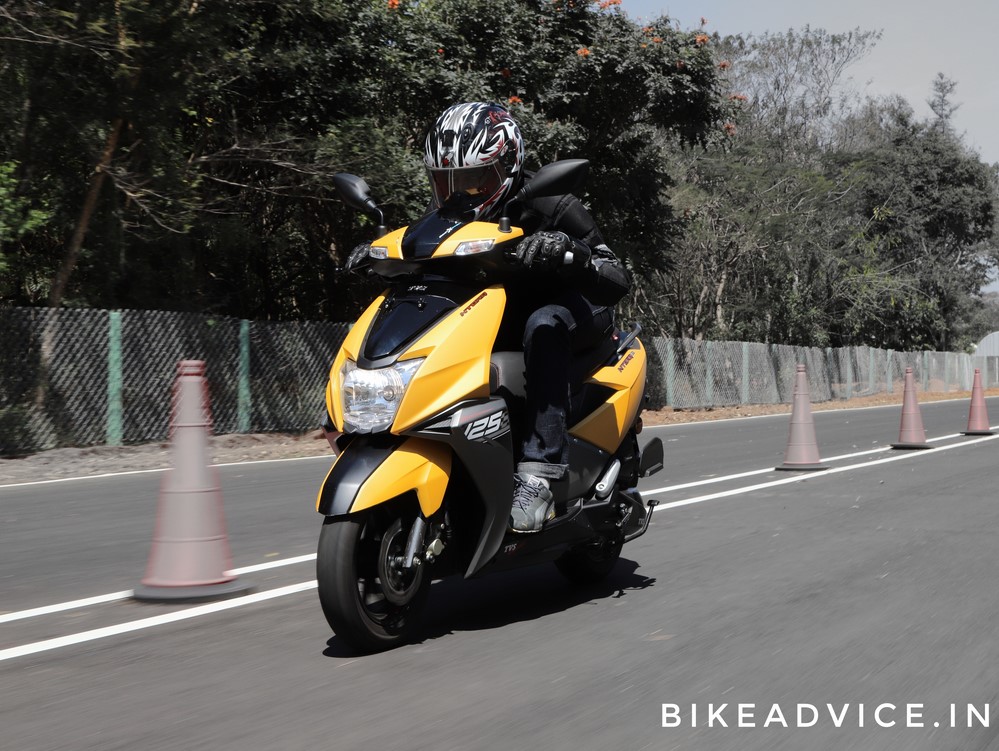 Here is a list of all 125cc scooters in India. It also comprises few of the higher displacement models and a few of the upcoming ones…

Being mostly a conservative two-wheeler market, entry level products often get the highest sales volumes in our market. The 100-110cc two-wheeler segment accounts for almost 70-75 percent share in the overall tally.

Talking specifically about the scooter market, we all know it is Honda’s Activa that has been ruling the roost for the last many years with sales of almost 2 Lakh units every month. The magnitude of its supremacy can be understood when you will know that the first runners up often ends up at monthly tally of 60-90k units only – that’s a massive difference!

Scooters are primarily bought for commutering reasons but there has been a gradual change in the interest levels of buyers and they are now considering upgrading to more powerful, sportier scooters starting from 125cc and above. Let us today list all the options that are available at your disposal now. We are doing it companywise for you…

Hero sells two 125cc scooters – Maestro Edge 125 and Destini 125. They are relatively new to the segment and Hero’s persistence has paid some dividends as it was the only maker in green last year. You can check its sales here.

Honda also has a couple of offerings in the 125cc segment – Activa 125 and Grazia. Since Honda does not share individual numbers for the Activa 125, we are unsure of how is it doing in the market. But Grazia has, clearly, not performed upto expectations and that also has to do with the exorbitant price hikes it has received. As a result, it is one of the worse performing scooters in the segment, specially according to Honda’s levels. You can check its last year’s sales comparison with Burgman Street 125 here.

We are not sure what is the update on the Forza that the company officially confirmed for India but it has patented a sportier looking scoot for our market. Check it out here.

Vespa sells a lot of different variants in the 125cc and 150cc space. It has the ZX, LX, SXL, VXL, Elegante, Notte, Racing Sixties in the market – all of them based on similar platforms.

Surprisingly, Aprilia the brand known for high end motorcycles only sells scooters in India. But rest assured they are ‘fun’! It has scooters like SR125, SR160 and different variants based on them. Its Storm looks beautiful and it has recently ventured in the maxi-scooter space with SXR160 and SXR125.

Suzuki has on offer two scooters – Access and the Burgman Street Maxi-scoot – both 125ccs. Its Access is the country’s largest selling 125cc scoot and both of them have received Bluetooth connectivity feature few months back.

In its big lineup of scooters, TVS only has the Ntorq as the >110cc model. But it has already amassed a lot of interest in the market and it is easily one of the most sought after scooters in the country, specially for those who prefer a bit of sportiness in their scoots…

The big surprise of the year was Yamaha’s announcement of ditching the 110 cc scooter segment completely. Instead it has shifted its complete focus on the 125cc segment, which is relatively easier to penetrate. It has introduced two models – Fascino 125 and Ray ZR 125 (along with its variant Street Rally). You can check here how has the decision gone so far.

So, there you go – all your options in the more powerful and sportier scoots in the country. They actually add up to more than 14 different models! And then there are the existing and upcoming electric scoots…