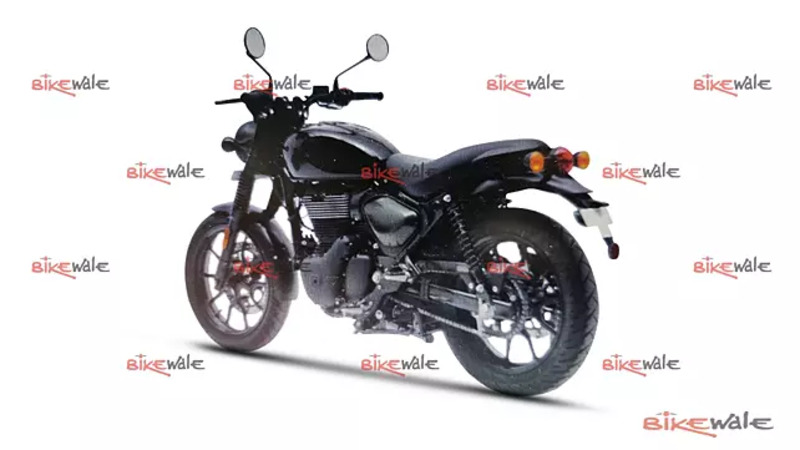 So, another Type-approval document has leaked and this time it reveals the secrets of the upcoming Royal Enfield Hunter 350.

Deducing from the test-bike sightings, renders and, now, the details revealed through the leaked document, the Hunter 350 could be the most affordable Royal Enfield motorcycle amongst the complete line-up of the company.

So, there are some strong rumours being whispered in the depths of the motorcycling world, that suggest that the company could be planning to launch their most affordable bike – Hunter 350 – on August 8, 2022.

The root of these rumours has been the information silently passed on by someone privy to the plans of the company. Therefore, there is a high probability that this rumour could hold water.

Hence, mark your calendars bikers, the Hunter 350 could make its debut either on August 8 or someday around it. We’ve already marked it.

Now, let’s talk about the specs.

So, the type-approval document that has leaked, has revealed basic engine numbers and the dimensions of the upcoming affordable roadster.

Looking at the leaked dimensions, it is clear to see that the new Hunter 350 roadster will be relatively smaller than its siblings – Classic 350 & Meteor 350.

The roadster will have a shorter wheelbase which will aid in the maneuverability of the bike, a shorter height to accommodate riders of all stature, and the same J-series engine & power figures as the other two siblings. Other hardware components such as the braking system and suspension are expected to be borrowed from the siblings as well.

We are expecting the Hunter 350 to be priced around 1.5 Lakh – 1.8 Lakh (ex-showroom) and will be competing against the new brand new TVS Ronin, Yamaha FZ-25 and Bajaj Dominar 250.