Here is a preview of the newly launched bike – Suzuki GS150R. Complete review and road test will be posted as soon as I get my hands on the bike.

When Yamaha stormed through the 150cc bike segment with their two quick launches of the YZF-R15 and the FZ16, do you think another bike manufacturing company like Suzuki would laze out? No! In fact, in less than a couple of month’s time from the launch of FZ16, the Suzuki Motors came out with its competitor in the same segment. 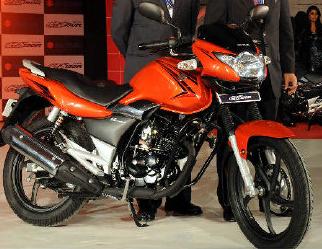 The Suzuki GS150R has been launched on 23rd October 2008, and with this launch we are seeing Suzuki pumping more heat into the competitive world of 150cc bikes. Industry circle gossips as of now are that the new GS150R is expected to create the same ripples and impact amongst the bike lovers across the country as much as FZ 16 has been creating. Hmm.. lets see!

Named GS150R, Suzuki took inspiration to style the GS150R as a hybrid between its GSR 400 and GSR 600. Ask me not about the looks. Because, as you see the styling cues are definitely going to woo the six-pack ab heroes!

The headlamps seem to be almost pulsar like; and wolf-eyed, but I liked the bikini-cut cowl that makes it look really awesome. The pilot lamps jetting out as protuberances are just not great, to me at least they are lousy. I wonder Suzuki didn’t come out of its conservative thinking.

The fuel tank look big built and muscular, however, there is nothing really unique with GS150R here. I felt it looked more or less took after an Apache. In fact, my Karizma has more muscle on its fuel tank. 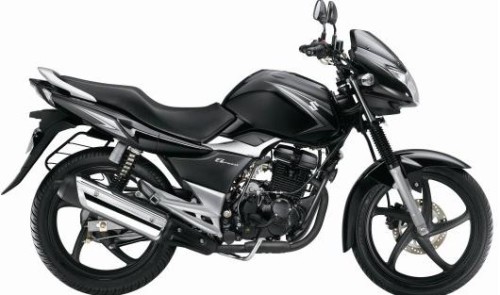 Suzuki shares that the GS150R should be able to give about 50 km drive within the city and 5 km up when you are on a highway. Price is another attractive feature of the GS150R bike. Aiming to capture the 150cc bike market segment, this comes at stealing price of Rs. 59,000 (ex-showroom Delhi). Additionally, pearl nebular black, metallic flint gray, candy max orange and Candy dark greenish blue colors as it is now available make this bike a good bet in this segment.

We know that Suzuki bikes wooed our fathers and uncles as a brand of ‘no problem’ bikes. Anyway time has the best answer to this! Before that, I hope to lay my hands on the bike soon and will then present in detail about my Suzuki GS150R ride experience, especially the six-speed transmission and the gas-charged suspension that it boasts of. So do visit again!