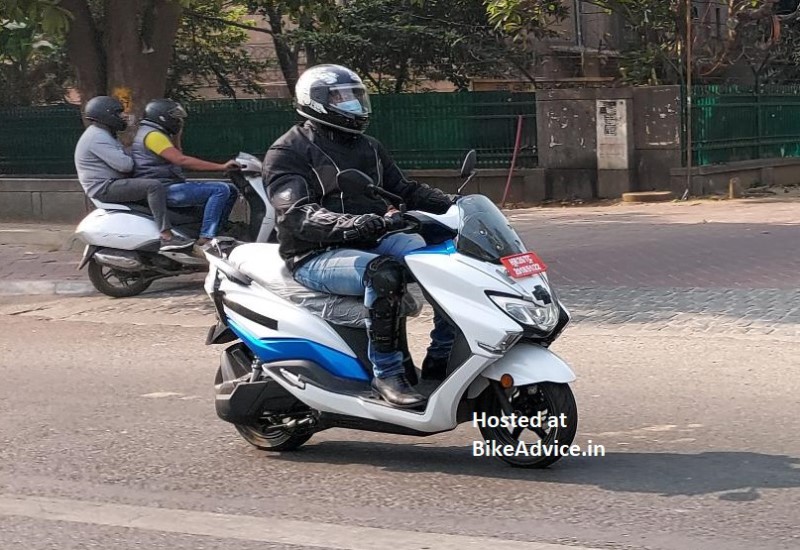 Electric Burgman launch timelines extended. Suzuki wants to be extra sure about this relatively new domain of two-wheelers, specially after multiple fire incidents that have been reported…

There is no denying it that the EV segment is the talk of the hour. We are constantly seeing many start-ups and legacy players bringing their electric two-wheelers into the market to woo the customers and grab a pie of the market.

However, the ones who are biding their time, studying the market trends and customers are the big players. TVS, Bajaj, Honda, Hero MotoCorp, Yamaha and Suzuki all are not hurrying up on their products. Instead, they are trying to analyze the market, study the possibilities, among other bits.

From Suzuki’s stable we have seen the electric Burgman Street testing multiple times. And since it carried the overall tested platform, it was believed that it may come sooner. However, that is just not gonna happen!

Recently, Suzuki India top bosses, Mr. Satoshi Uchida (Managing Director, Suzuki India) and Mr. Devashish Handa ( Executive Vice President, Sales, Marketing & After-sales) interacted with an online portal and shared some details regarding their EV plans for India. When inquired about their plans of launching the electric version of Burgman in our market, they stated that the launch is still nearly two years away, i.e. around 2024.

Just to catch you up, an electric test-mule of Suzuki Burgman was spotted again nearly two years after its first sighting on Indian roads. Since then the speculations have been very high, as the e-scooter looked near production-ready.

Suzuki, as a company, have a reputation of keeping the safety and quality of their products on high priority. And looking at how the increased instances of EVs and their batteries catching fire, Suzuki is not willing to put their reputation at stake just to put their product in the market. They are willing to wait and take their time to understand the extreme weather & usage conditions of our country and develop a better thermal management system and further improve the robustness of their upcoming scooters.

Another reason we think for the delay, and this is just a speculation, is that the company is waiting for the Indian Government’s policy on EV battery standardisation.

Few weeks back, the four major Japanese manufacturers – Honda, Yamaha, Suzuki and Kawasaki –  have come together and signed an agreement to standardize swappable batteries and replacement systems for the International markets. Maybe, they are expecting something similar to happen in India as well.

Whatever the reason be, we still have to wait a little longer to see Suzuki bring their challenger into our EV market. But, other players are planning to take the EV market head-on.

Bajaj is already planning to launch their second electric scooter under the Chetak moniker later in the year , Hero MotoCorp have announced their ‘Vida’ electric brand and the first scooter will debut in the coming months, while Yamaha have secretly showcased their new electric scooter in India.