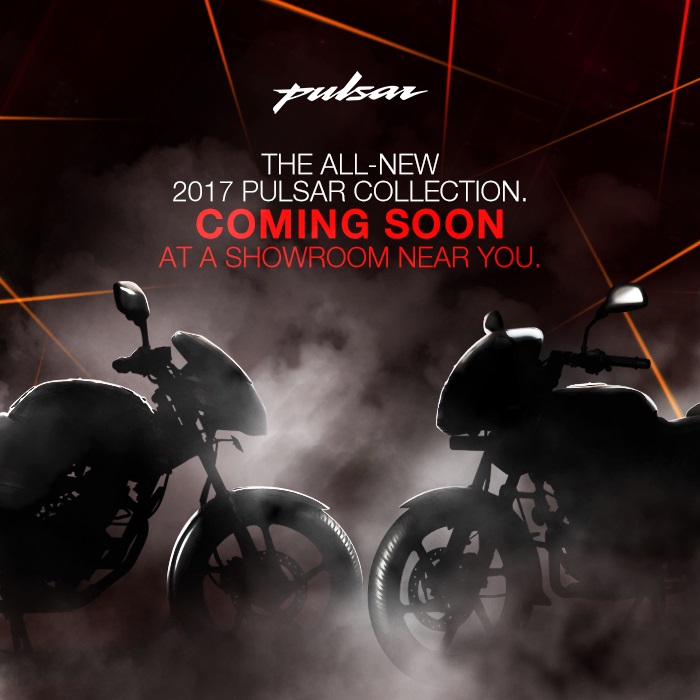 So the older-gen Pulsars are getting updated. This will serve three purposes – one, it will obviously freshen the ageing lineup, two, it will bring them back to headlines and three, most importantly its a compulsion for Bajaj to make them BS4 compliant otherwise they will not be able to sell them from 1st April 2017.

Currently, we follow BS3 pollution norms for two-wheelers and all motorcycles will have to convert or perish once the BS4 norms kick-in next year. And after announcing them a couple of months back, Bajaj has started teasing the new 2017 Pulsar range at their Facebook page.

Just to clarify, the new 2017 Pulsar range will include updated Pulsar 220, Pulsar 180 and Pulsar 150 as we believe. All the three motorcycles have been revealed and we know that there are not many design changes apart from the new stickers that the company has stashed on.

Bajaj has officially announced BS4 engine for Avenger (link to report) so it is almost confirmed that the Pulsar 220 will get that since they both share the same 220 cc engine. Expect a price increment of Rs 3000-4000 on all these motorcycles and since Bajaj has already started teasing them, we expect an official announcement of their launch very soon. Dispatches are in full swing and they have even reached a few dealerships.

So, what do you think – will the 2017 Pulsars continue with their dream run or is it high-time Bajaj changed the basic design?

Next Read: Official: Bajaj Releases First Pics of their Most Powerful Bike Yet; Production Commences! or