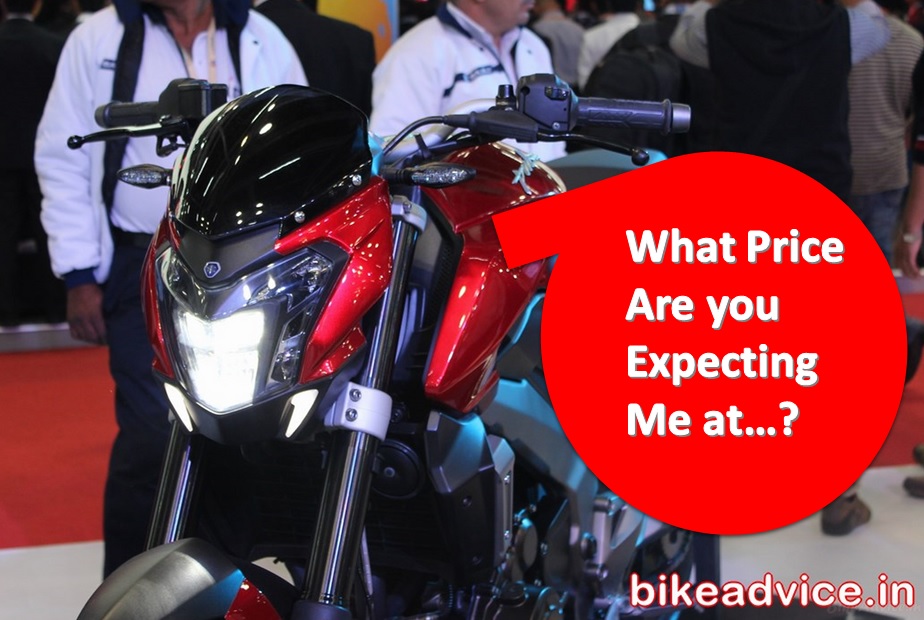 You already know that Bajaj is launching the Dominar 400 in a few minutes from now which has already commenced production and is out in some dealerships. It will be the most powerful motorcycle ever by the brand and along with this will come the ‘costliest’ tag as well! But the question is – how costly?

You will probably have an understanding that it will obviously be placed under the Duke 390 but how less? Let us analyse…

Duke 390 Costs 1.95 Lakhs ex-showroom Delhi. It comes with Metzeler tyres, standard ABS, Upside down forks, a lot of premium features and is from the superior KTM brand.

Dominar 400 uses the same engine but it will carry Bajaj-trademark changes including triple spark ignition (possibly a different head as well). From the spyshots and official pics which have surfaced so far, it is revealed that the sports cruiser misses out on upside down forks and projector headlamps. It has been spotted with MRF tyres and ABS may or may not be standard on the motorcycle.

Apart from this, Bajaj will have to place the sportier Pulsar SS400 (or the RS400 showcased at the 2014 Auto Expo) somewhere in between the Dominar and the KTM 390s. Why I say this is because I believe SS400 is a sportier offering and will cost more than Dominar. My reasons of believing this are –

I also believe that there may be a little power output difference between the two 400 siblings, with the SS400 getting a few more horses than the cruiser sports. I may be wrong though…

Now let us see, how the premium motorcycles from Bajaj and KTM’s stables stack up… (based on the current ex-showroom Delhi prices). 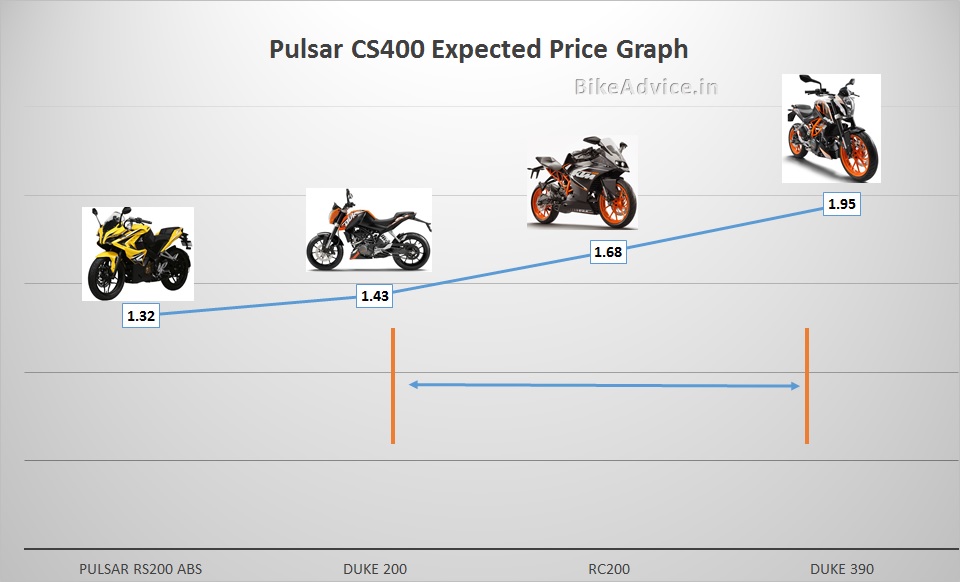 So that leaves Bajaj with a very interesting gap between 1.5 Lakhs to about 2.0 Lakhs to place both the Dominar and SS400 and their variants (There are chances that Bajaj may increase 390 KTMs prices with the introduction of 2017 range till the time SS400 gets ready for our market but more on that later…). And it is abundantly clear that no matter how much they try, there will be cannibalisation within the lineup. But the ploy would be – to keep buyers within the portfolio no matter which brand (between KTM and Bajaj) they choose!

Now that we have narrowed down to a range, let us tell you that Dominar cannot linger around the naked Duke 390 for the lack of features we have already talked about earlier. Including the brand value and the relatively lesser feature set, they will have to stay well clear of anything around that 1.9 Lakh mark. If they come close, a buyer will be too tempted to put his money on the KTM (forgetting the categorical differences between them).

And now that we have already established that SS400, in all probability, will be placed over the Dominar, there needs to be some space left for the faired sibling.

This brings us to the final figure and a shockwave for the Indian motorcycling industry. According to my estimate, Dominar aka Pulsar CS400 may start between Rs 1.55 to 1.65 Lakhs ex-Delhi for the entry variant. And a higher variant (if available) can fetch a few more of those greens! This will give them room to keep the Pulsar SS400 somewhere in between… 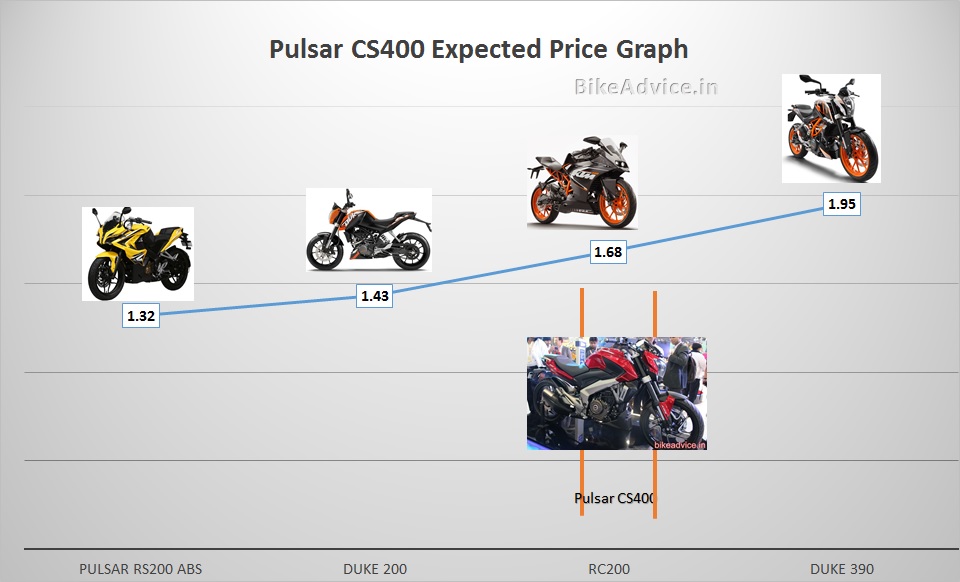 I expect Dominar to produce more than 35 bhp of power and it will be the first affordable sports cruiser in India. In comparison, CBR250R which is also sold in this price range (non-ABS variant) is nowhere in competition when we talk about specs. We can discuss other aspects like on-road behavior, comfort and longevity only when we have the Dominar on the roads…

By the way, the launch takes place in a few moments from now and you can watch the live webcast here.

If you do not agree with this price range, what is your best bet? Do let me know your reasoning…