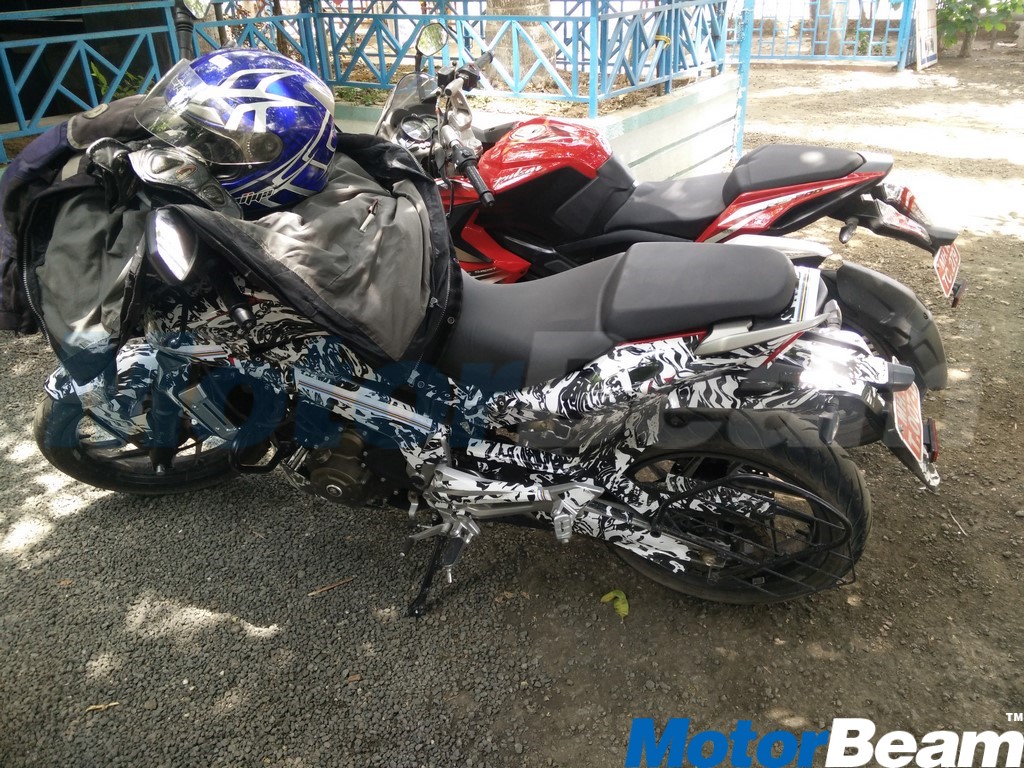 So, its official that Bajaj’s testing of the Pulsar CS400 is in full swing! Yet another set of spyshots of the motorcycle have surfaced over the internet on the automotive portal MotorBeam which highlights that the test mule did not sport ABS and was shod with MRF tyres.

To bring to your notice, ever since its first showcase as a concept (back at the Auto Expo 2014), Pulsar CS400 has always sported MRF tyres in contrast with the Metzelers of the Pulsar SS400! All the CS400 test mules (where it was possible to decipher) have been snapped with MRF tyres. These are the FC1 & C1 range which are the best motorcycle tyres manufactured by the Indian-behemoth. We have exclusively tested them on RC390 and you can read our review here. 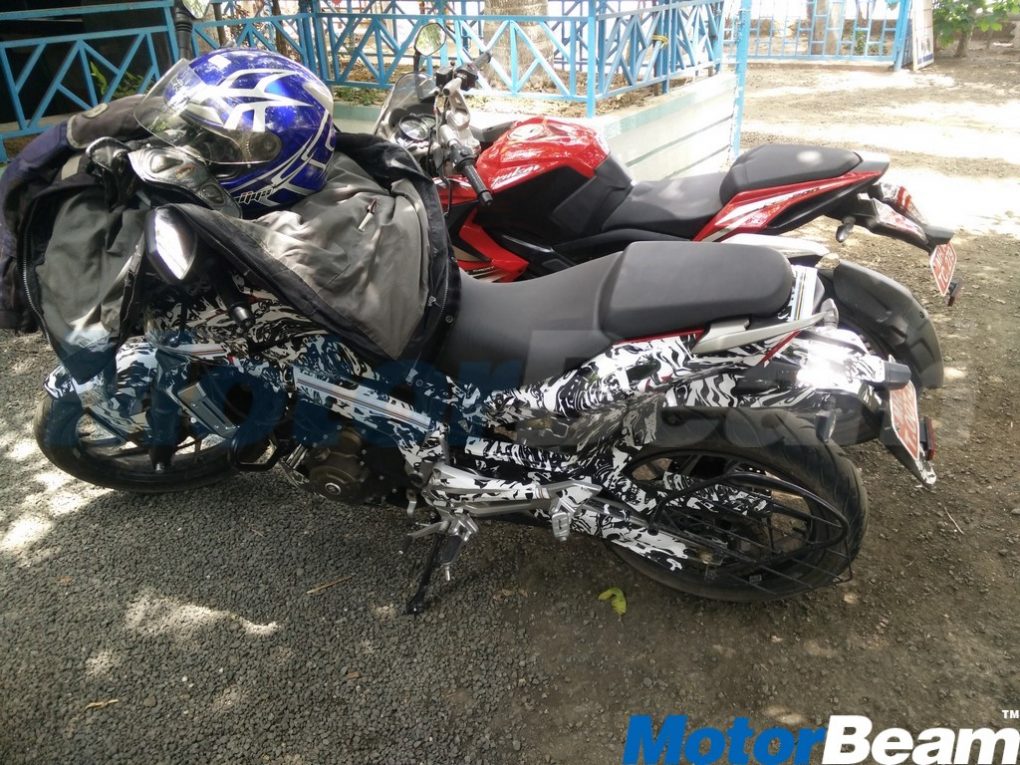 The online report adds that the test unit was devoid of ABS (can not be ascertained from the angle of these spy pics). It is kind of expected that, just like some other motorcycles, Pulsar CS400 will come (at least) in two variants – with ABS and without the safety aid. 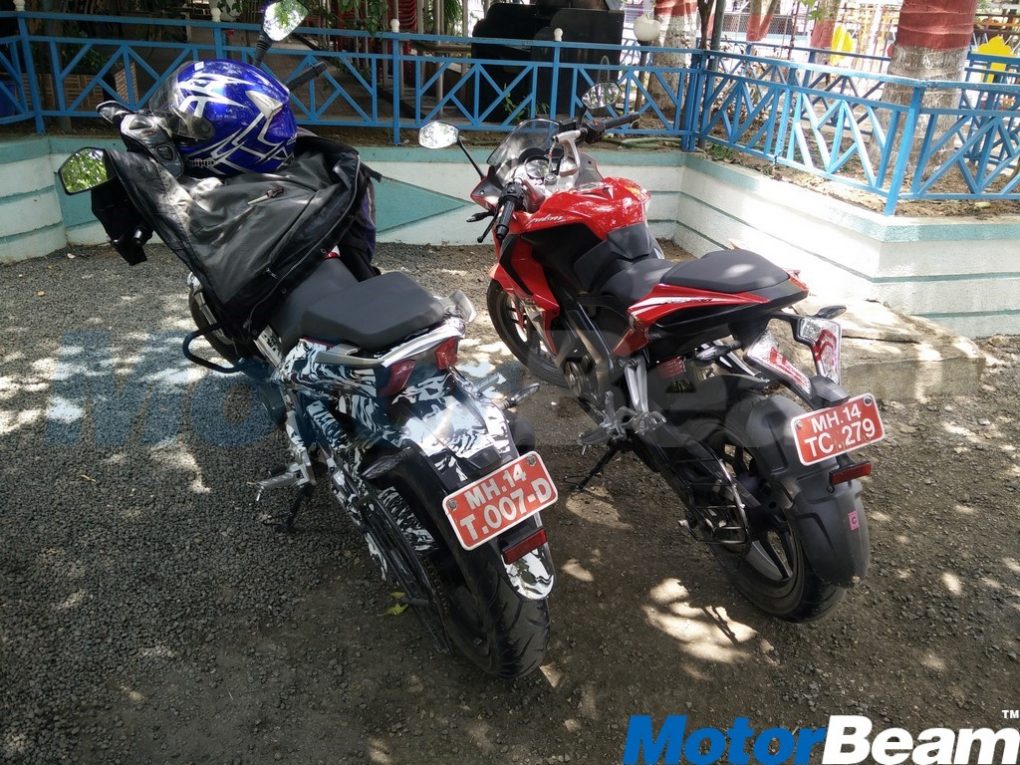 So, it appears that Bajaj will/may offer the SS400 (or the RS400) with Metzelers which will go with its promotion as a faster-riding machine whereas the Pulsar CS400, which is a sports cruiser, may have to make do with MRF rubber, combined cost of which is somewhere around Rs 6500 (as compared to Rs 13,000 to 16000 of Metzelers)! 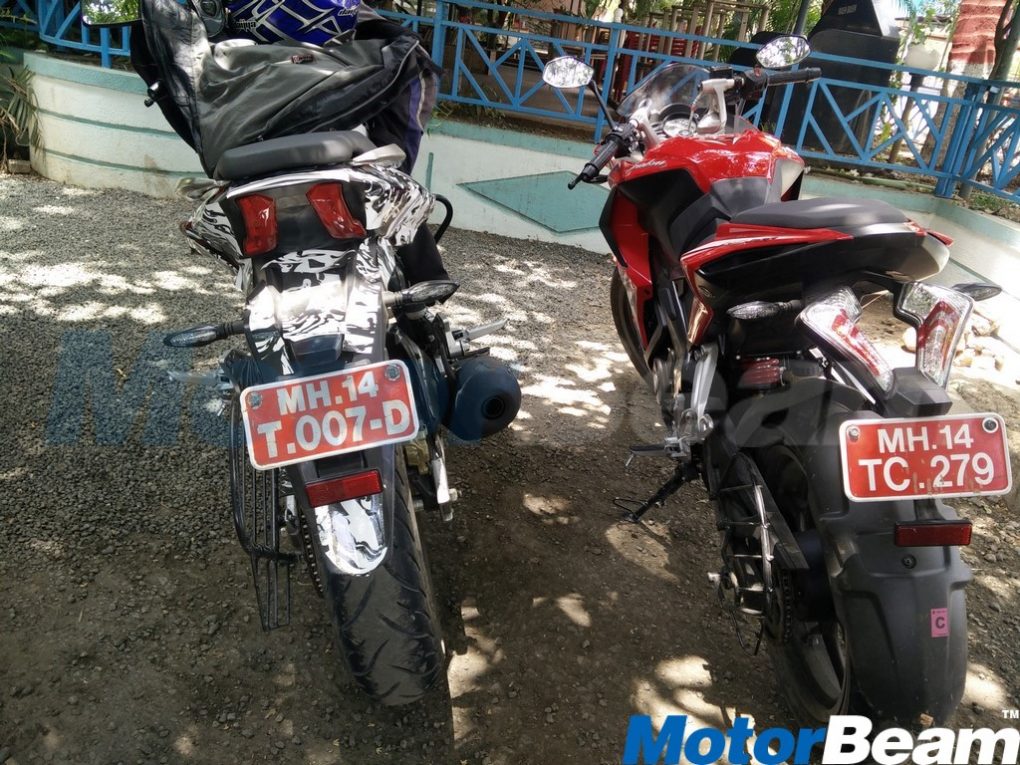 This highlights the possibility of another motorcycle from Bajaj which can create shock waves in terms of pricing and anyways, Pulsar CS400 will definitely re-define the power-to-rupee ratio, baton of which is currently owned by KTM siblings!

Pulsar CS400 is expected to be launched by September-October time period which is when all the questions will get answered. By the way, how much do you think will Bajaj price the CS400 non-ABS model at?