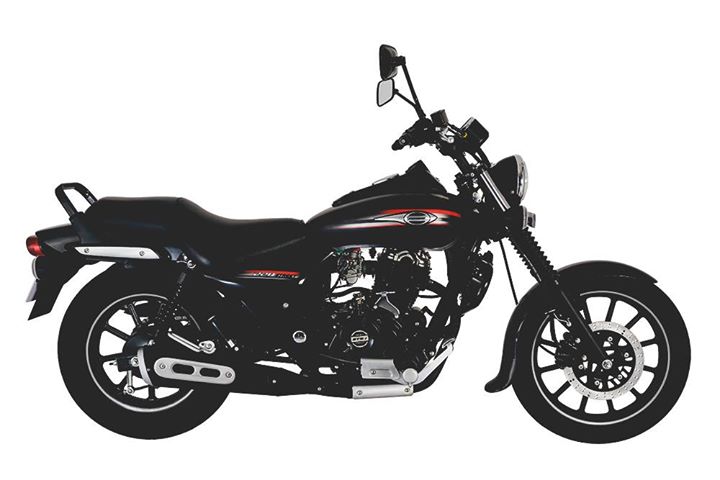 Bajaj recently updated their Avenger range and included a small 150 cc model to the lineup. The results are mind-bogglingly good with sales crossing 25,000 in the last couple of month! Since the start of last year, they have indicated that they will take chances with the Avenger brand and a new report at Autocar Pro claims that the Pune based motorcycle manufacturer is working on a bigger capacity Avenger, which will possibly go by the name Avenger 400.

Since Bajaj already has the 373.2 cc liquid cooled single cylinder engine from the KTM 390s, it is obvious that they will use it on the Avenger 400. However the engineers at Bajaj will have to heavily retune the motor to make it cruiser-relaxed.

And don’t confuse it with the Pulsar CS400! The Pulsar will be a sports cruiser whereas the bigger Avenger will be a proper low-slung cruiser and we hope it is thoroughly redesigned. Current Avenger has got an old frame and to accommodate the bigger engine and the perils that will come along with it, Bajaj will have to design the bigger Avenger from the scratch!

Avenger 400 will definitely target the Royal Enfields and going by the price trends, it can be expected to be cheaper and more powerful than the old workhorses of RE!

Quoting their sources, Autocar further predicts that both the Pulsar CS400 as well as the Avenger 400 are in the final stages of testing and may launch sometime this year. However, we are a little sceptical about this bit! According to our sources, the Pulsar CS400 is a 2016 candidate until there are last minute decision changes, but to avoid any kind of clashes and cannibalization, it will not be a great idea to pit the Avenger around the same time, even if the product is ready. So we believe Avenger 400 will launch sometime later, most probably next year.

Apart from this Bajaj is also working with KTM on Adventure oriented motorcycles which are expected to be Adventure 200 and Adventure 390 (more details). No official or concrete bits on these motorcycles have been leaked yet, though!