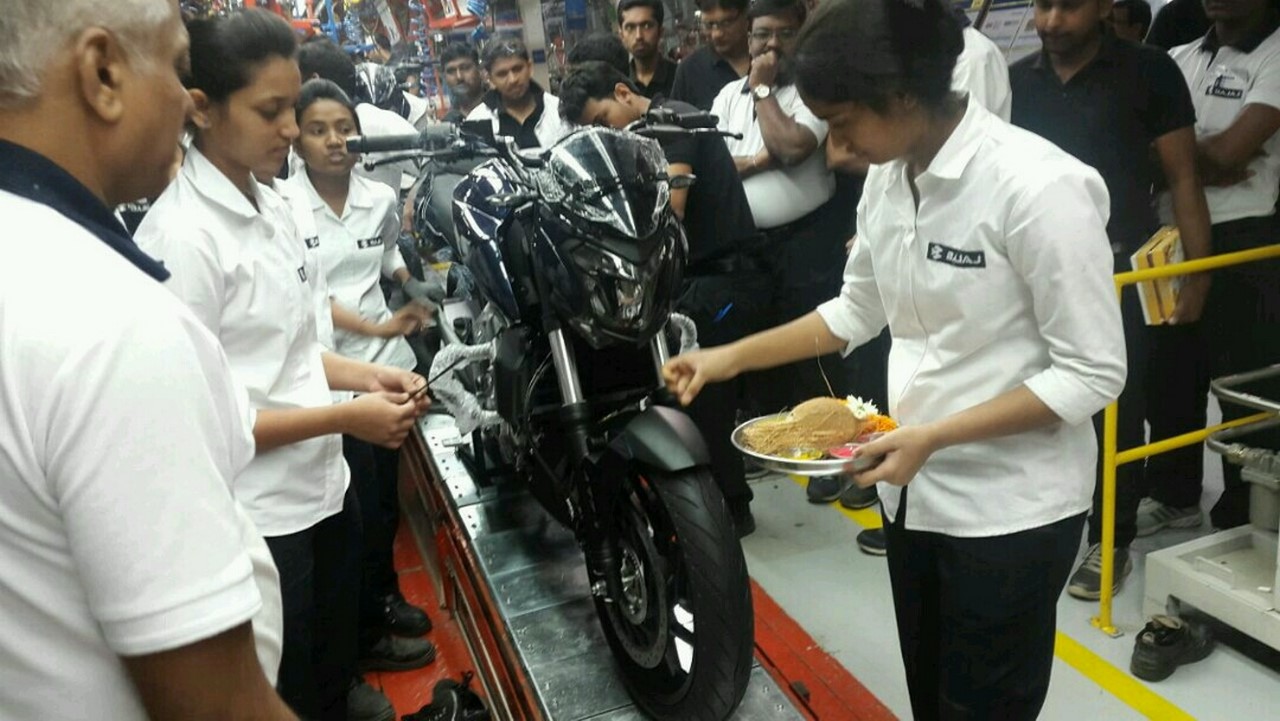 In a surprise mail, Bajaj has officially confirmed that their next big motorcycle will be launched in mid-December. This is the sports cruiser which began its life back in 2014 as Pulsar CS400 and since then picked up various names on the way. Apart from Pulsar CS400, it has been speculated to be called as Kratos and barely a few days back Dominar, a new name came up!

The company has also confirmed that they have commenced production of the bike and the first batch of Kratos, which is going to be their most powerful bike yet, has been rolled out. Interestingly, these motorcycles have been built on an assembly line which is managed by women, thereby, winning brownie points for gender diversity and equality. 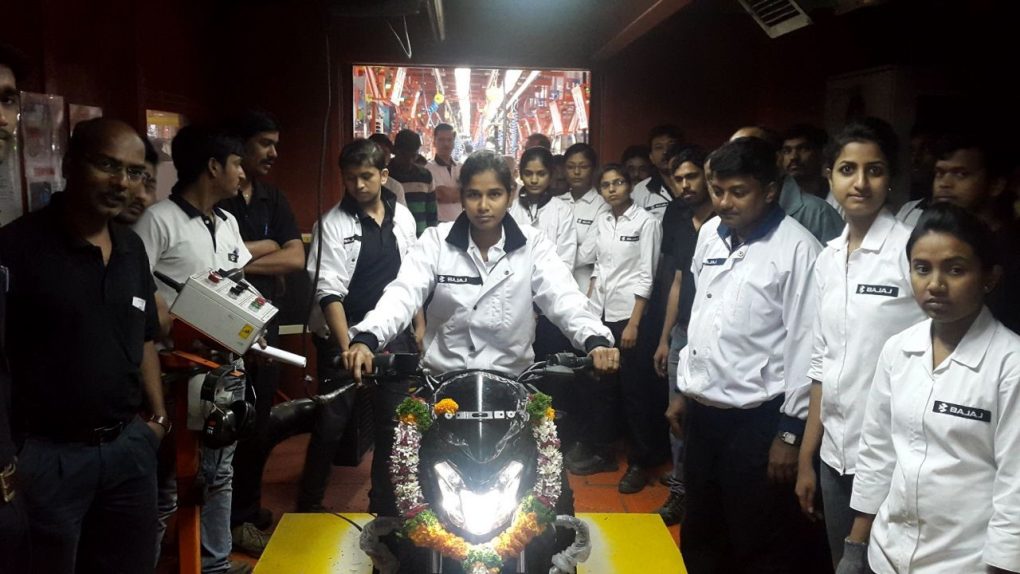 As we all know Kratos/ Dominar is powered by the 373.27 cc single cylinder mill from the KTM Duke 390. The output figures were revealed to be 35 PS in a leaked ARAI filing but there is a possibility that Bajaj may have tinkered with it a little more. They have still not confirmed what will be the name of the motorcycle and have very cleverly shared images of the bike in such a way that the name is not disclosed (or it doesn’t get the decals yet?). 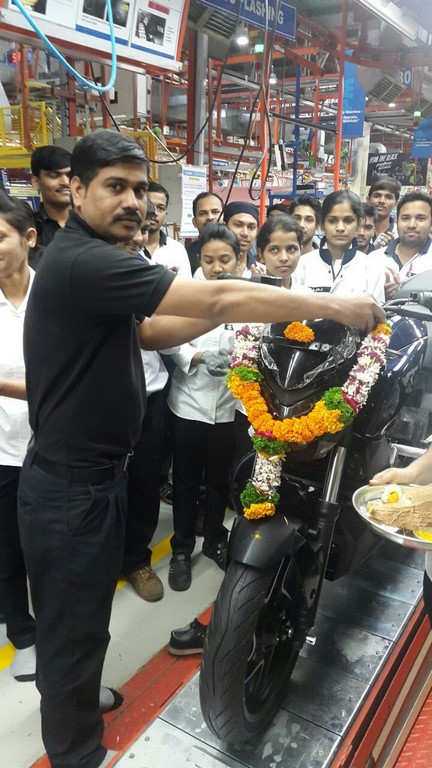 What we can confirm from the images is that the production version of Dominar will get an LED headlamp along with ABS (ring is visible) which will possibly be optional. The front tyre is the soft compound MRF RevZ FC1. The rear, though not visible, is expected to be the RevZ C1. We tested these tyres on KTM RC390 and you can read our review here! 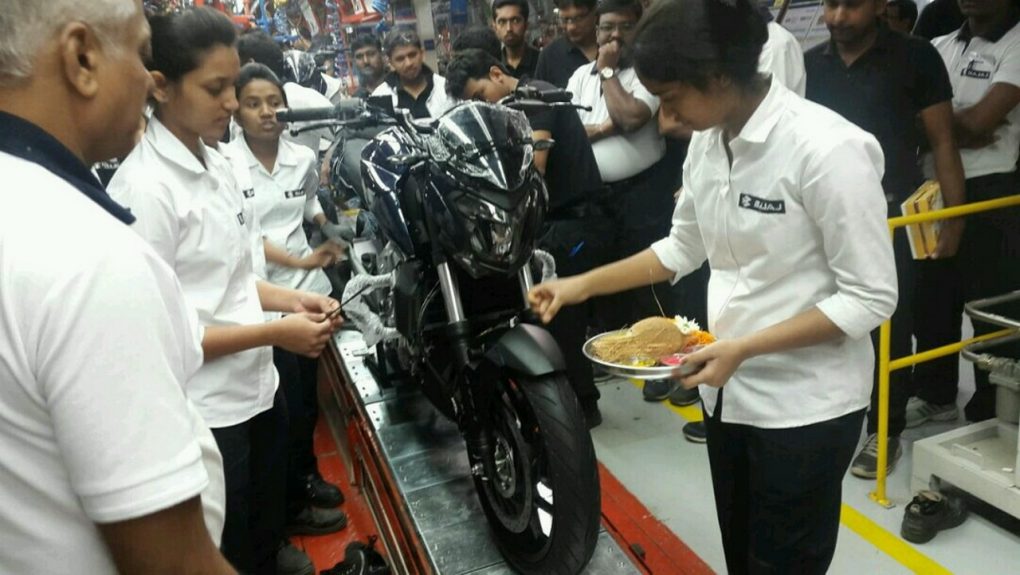 Here’s what Mr Eric Vas, President Motorcycle Business, Bajaj, had to say on the occasion:

“We are proud to announce this historic roll out at Chakan today with our all women assembly line. Our new bike will set new benchmarks in its segment. There is already a lot of buzz, anticipation and excitement about the bike and its features, price and name. However, all our patrons and bike enthusiasts will have to wait for some time, till we share details of the new offering.” 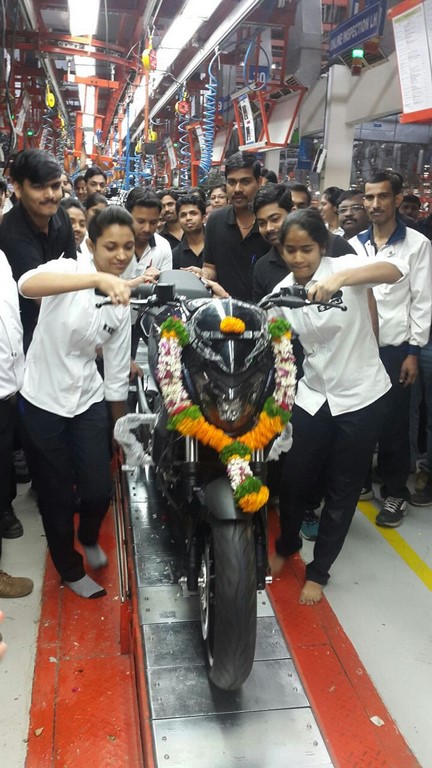 This announcement comes exactly 15 years after Bajaj launched the iconic Pulsar brand back in November 2001. And looking at the prospects, the Dominar/Kratos is also set to create new milestones! So now the wait is for mid-December when all details will be revealed!

We have also tried to analyse what price can Bajaj introduce the motorcycle here and you may be surprised when you see the evaluated range here.