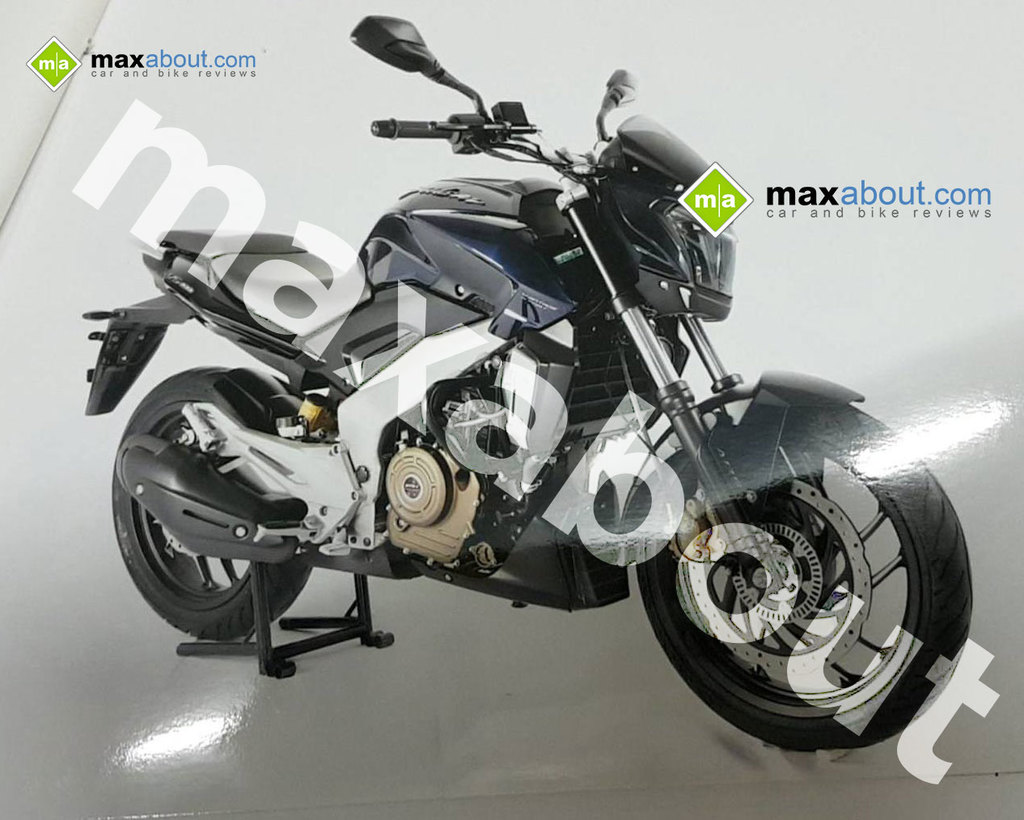 The cat is out of the bag! Bajaj’s upcoming Pulsar is not called as the CS400 (its Auto Expo 2014 Concept name). In fact, it has been baptised as VS400! If you recall Bajaj also changed the name of its faired series to RS (Race Sport) from SS (Super Sport) in case of the Pulsar RS200. Folks at Maxabout have got hold of a few image which appear to be from its official brochure/promo material, which reveals how the production version looks like. And boy, it sure is a cracker!

That’s not all, the ARAI clearance sheet has also been leaked which reveals the much awaited power output of the bike for the first time. The 373.27 cc single cylinder mill from the KTM 390s has been detuned to fit Bajaj’s needs. Churning out 34.49 bhp of maximum power at 8,000 rpm, the Pulsar VS400 certainly seems to have enough grunt to feed the speed/touring enthusiast in you. Torque figures are not known at this moment! 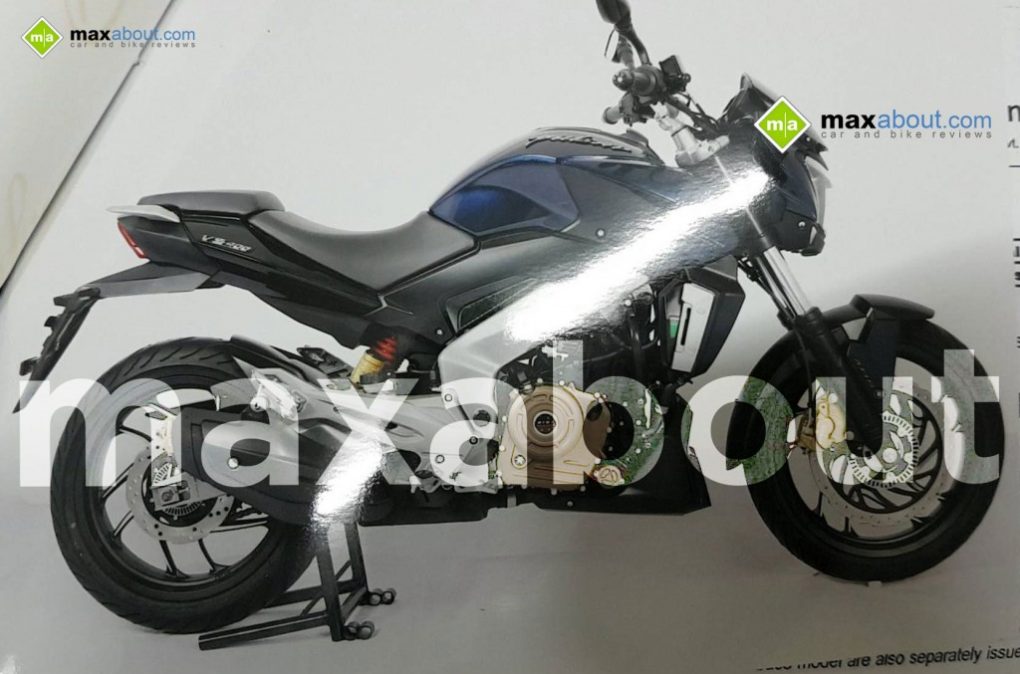 The bike gets a dual tone colour treatment with the fuel tank painted in metallic blue and the tail section in black. The gross vehicle weight (which is the operational weight of the motorcycle including the rider and other stuff) is 332 kg. The ABS ring can be seen in both the tyres but unlike the RS200 (which had ABS only in the front wheel), we expect this one to have a dual channel safety net. 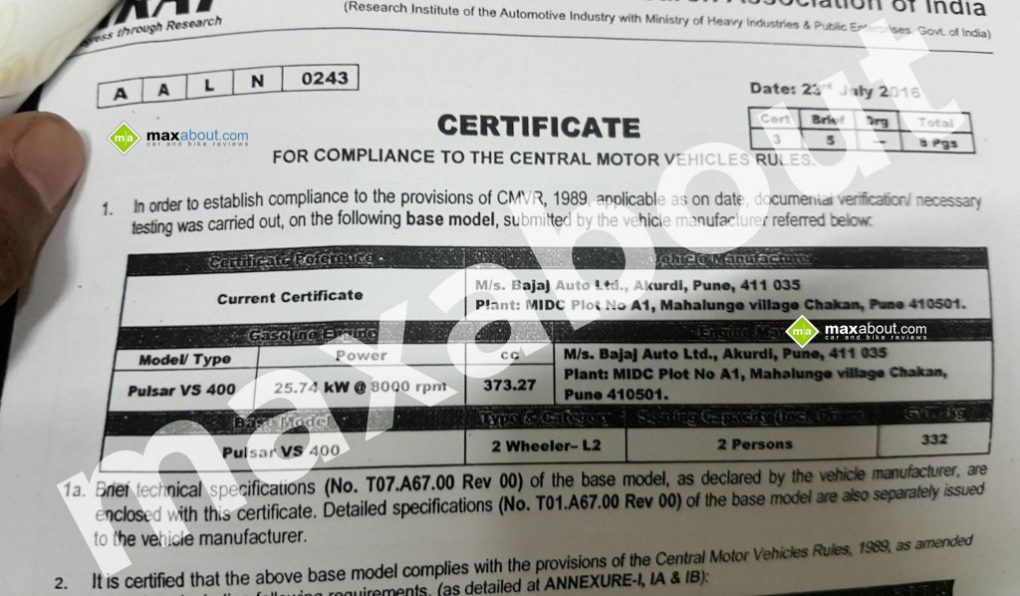 By reducing the output from 42.88 bhps of the KTMs, Bajaj will be able to increase the bike’s fuel efficiency, a factor which has more than often played the decisive role in the mind of an Indian consumer. While the KTMs have been about outright performance, Bajaj’s triple spark version is expected to be relatively sedate and relaxed suited for highway cruising. Apart from this, the VS400 will also be getting LED head lamps, a feature which has not been seen in any India made motorcycle yet. 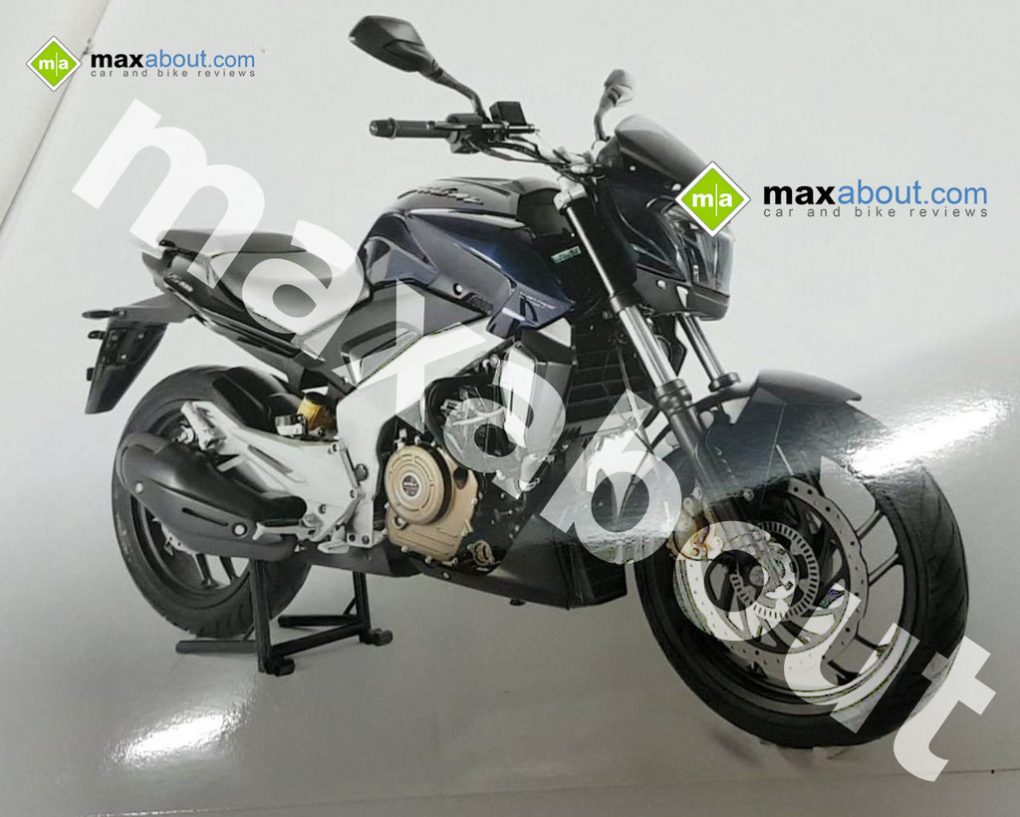 We expect Bajaj to offer the base variant of Pulsar VS 400 to hover around Rs 1.55 to Rs 1.65 lakhs and its launch is expected in the coming few weeks! All said and done, what do you think VS stands for…?