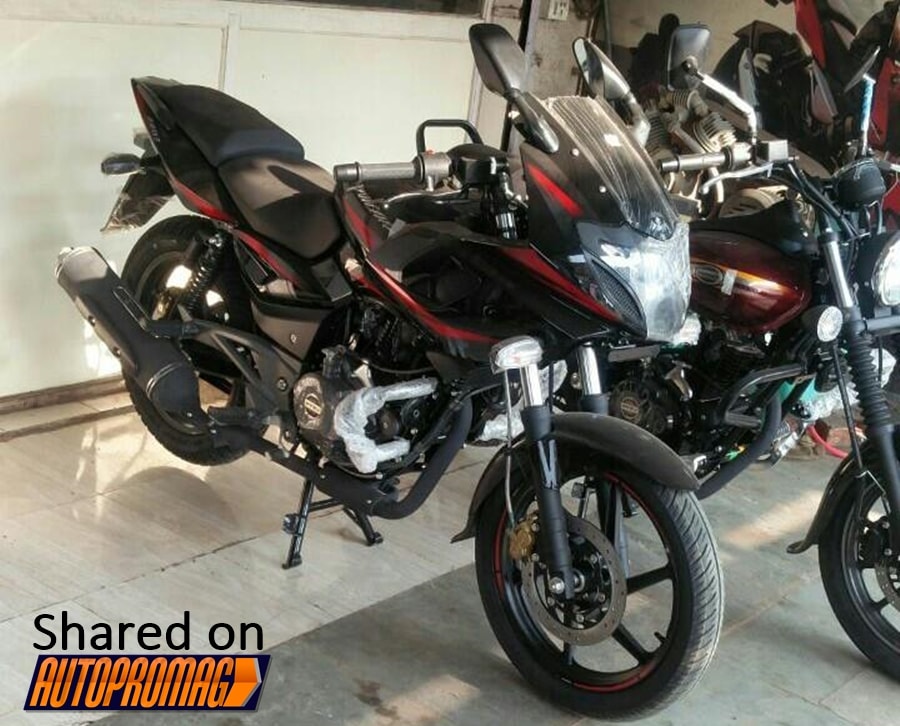 With the festive season done and dusted, Bajaj is all set to focus its attention on this model refreshes and new launches. While the latter will include the Kratos and a new V brand motorcycle, the tale for today will focus on the refreshes. More specifically on the Pulsar 220F.

The iconic bike did not just go on to establish the Pulsar family in the big league, but also continues to be the largest selling bike in the 200 cc+ territory for the manufacturer. The story of the Pulsar 220 is very interesting. The bike has been spied with a new sticker option at a dealer by Autopromag.

Now a sticker job sounds boring, right? However, careful observation reveals that the bike gains more than stickers. The exhaust setup, though of the same dimension, is now black in colour. Now with BSIV norms being implemented country-wide from April 2017, the bike can be expected to be altered to meet the new norms. The cooling system is the same oil cooled setup. 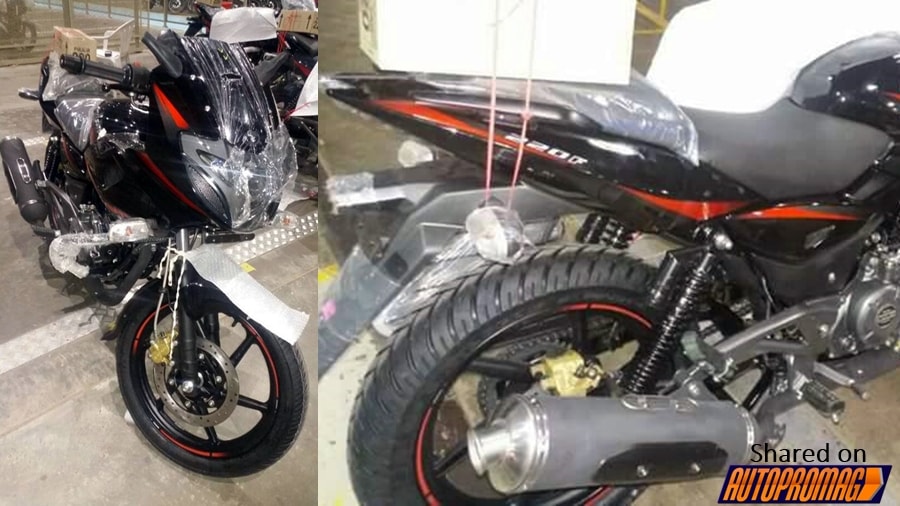 Now to change a two-wheeler carburetted BSIII mill to BSIV would require considerable work right from the engine to the exhaust. Bigger catalytic converters alone cannot manage to do it. So if Bajaj has managed to tune this mill as per BSIV specifications, they would have spend considerable amount R&D time on it.

The present version of the 220 cc mill churns out 21.05 PS of maximum power at 8,500 rpm and 19.12 Nm of peak torque at 7,000 rpm. The output might also be played around a bit. While there is nothing in the spyshots to confirm that but Rajiv Bajaj’s previous statement about ‘performance update’ to the Pulsar range positively points out towards that.