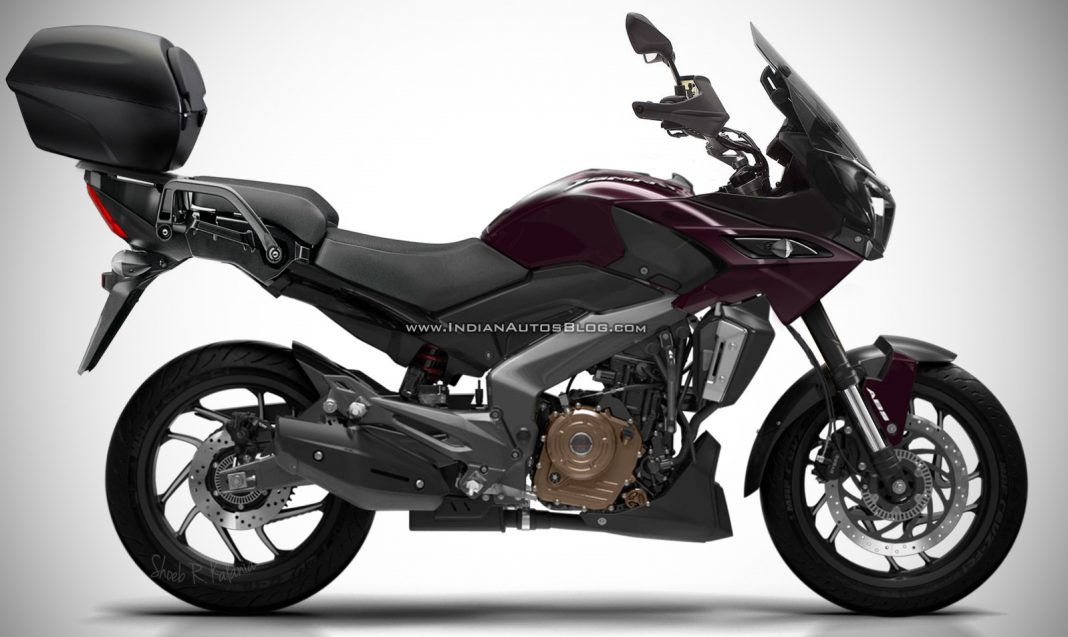 Indianautosblog design artist SRK has rendered how, according to him, a Dominar 400 adventure tourer can look, obviously if Bajaj ever makes one!

There is a semi-fairing to cut off wind blasts, knuckle guards to lend it a tougher image and then the practically usable top box as well as provisions for saddlebags to let a rider carry more of his stuff during his tours.

Along with these, in the official Bajaj’s version they can incorporate longer-travel suspensions, a slightly forward-set rider foot pegs, spoke wheels (in place of those alloys), larger 19 inch diameter front tyre (instead of the current 17 incher) and if possible slash of a few extra kilos of weight. 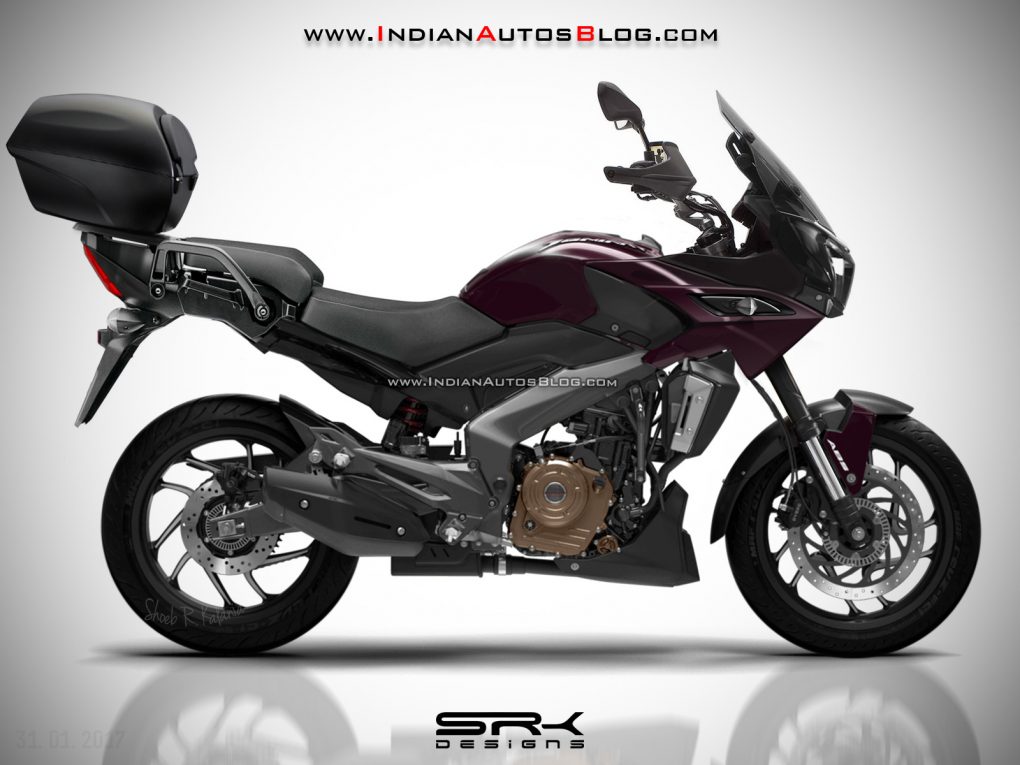 KTM is already preparing its 390 Adventure (officially confirmed by Rajiv Bajaj) which is expected to be based on the Duke 390 and with an adventure version of Dominar 400, Bajaj (along with partner KTM) can have a wider variety of offerings right from around 1.5 lakhs to 2.5 lakhs. While the Bajaj’s version can be a softer version, the KTM’s 390 is genuinely expected to be a thorough-bred adventure machine, going by the spy pics.

Since all of them will be, more or less, based on similar platforms, this will result in increase in economies of scale (a lot of part sharing) and hence exciting price points can be achieved.

So far, apart from the statement that Dominar 400 is the first motorcycle in the Dominar brand, there has been nothing from Bajaj officially. But this automatically means that more motorcycles will follow (most of them based on the same platform) and hence a Dominar christened adventure tourer, which is one of the fastest growing segments in the country, can very well be expected…

Dominar ADV is very much speculative at this moment but you can check out five affordable adventure motorcycles that are expected to be coming to India.