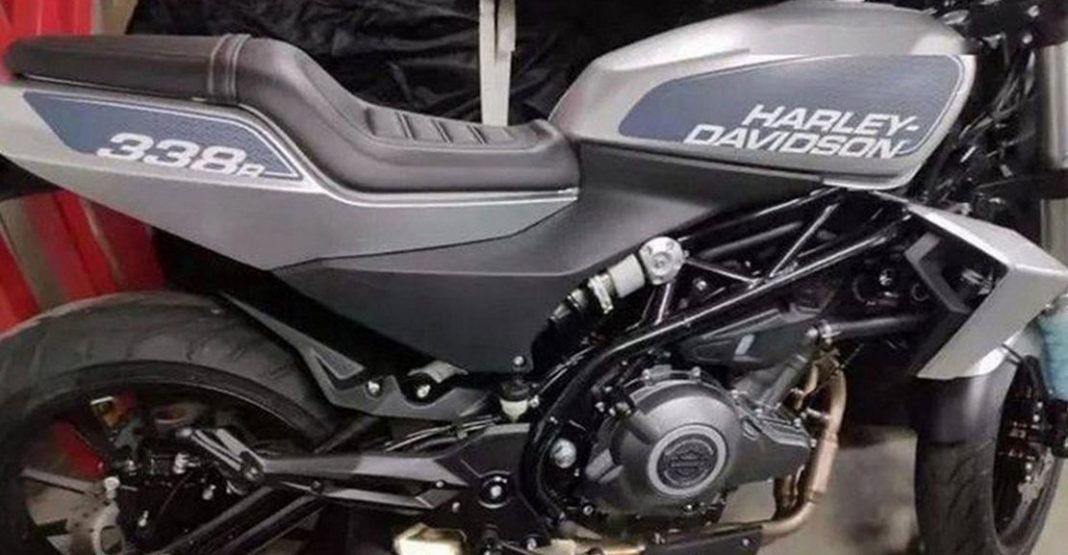 Harley Davidson HD338 pic confirms that the project is alive and the motorcycle – company’s most ambitious project, is ready…

Harley Davidson has been in the news of late and not for very positive reasons. There are rumors that the company may trim its operations in India as a part of its Rewire strategy to focus only on profit markets (details). It also dropped the Bronx from its upcoming product lineup (details).

Aside all of that, there has been a big development. Last year, Harley announced its plans to venture into the small bike space for which it partnered with Chinese Qianjiang Group (the owner of Benelli brand).

As a result, it confirmed a new motorcycle codenamed as HD338. It is assumed that 338 in this nomenclature signifies its engine displacement. We have discussed how it could arrive at this exact displacement here.

And in a latest, the HD338 has been busted for the first time. The motorcycle adheres to the design sketches Harley released earlier. It looks to be based on Benelli’s 302S (a model that has been confirmed for India by Benelli recently).

It carries a slightly bigger twin cylinder engine and has a boxy design. We are expecting power figures of around 35 bhp to 40 bhp. There is another theory doing rounds that the motor would be 353cc. Check its details and power output here.

This HD338 was supposed to launch in China around the June-July 2020 period according to the product slide that got revealed. However, it certainly has got delayed but looks absolutely production ready in the lone spy pic.

Considering that Harley India’s future is unclear, we can not comment on its Indian prospects at the moment, but if the American brand continues here, HD338 could bring it a lot of volumes that it is hungry for…