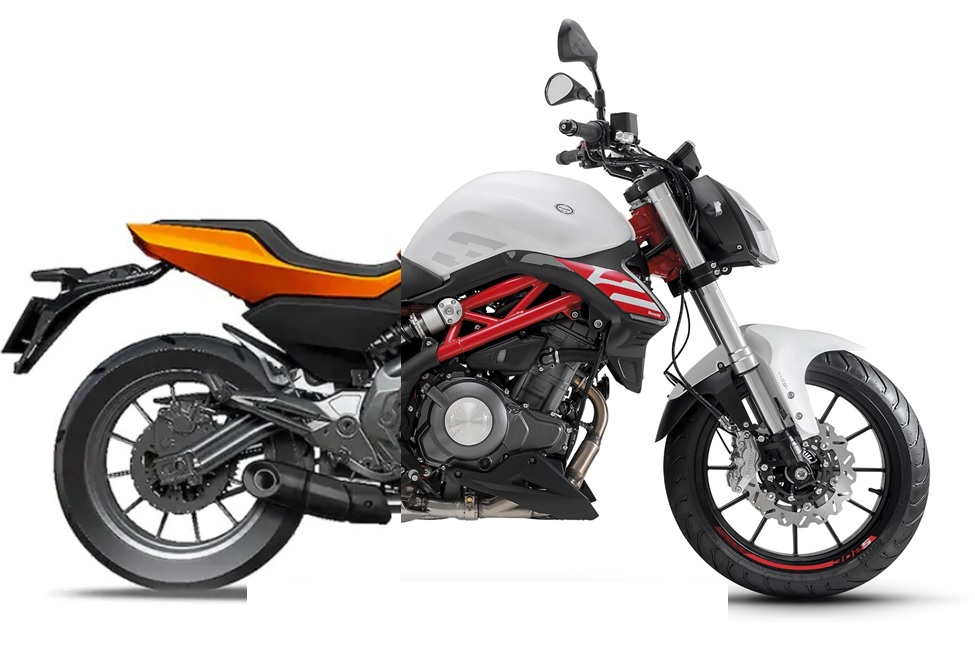 Now this is interesting! As we have said in our last story on Harley’s announcement of a new 338cc motorcycle in partnership with Benelli’s Qianjiang, that it is too early for a maker (or a joint development) to bring an all-new motorcycle in such a short timeframe of 1-1.5 year from the scratch! Yes, Harley has confirmed that their new 338cc motorcycle will be launched in China by next year.

So, here is a very important development shared by Bennetts UK. They say that Harley’s 338cc motorcycle, in all probability, is Benelli 302S underneath and they have a very logical reason for the same. If we look at Harley’s render along with the pic of 302S, we can notice glaring similarities between the two models – they have got a similar looking chassis and seemingly identical engine. In fact, the Harley uses similar forks and brakes as well.

They also go onto arrive at the revealed displacement of the Harley. Here is how..

Now, if Harley takes the crankshaft of the 300cc engine (which has a stroke of 45.2 mm) and the pistons and cylinders of the 500cc motor (with bore of 69 mm) – the result is the exact same displacement of 338cc! (Here is how displacement is calculated).

This essentially means that to accelerate product development and to present the final goto-market product in a short span of time, Harley may have plans to use the platform of Benelli 302S (which is also expected to be launched in India) to eventually arrive at its version of the motorcycle.