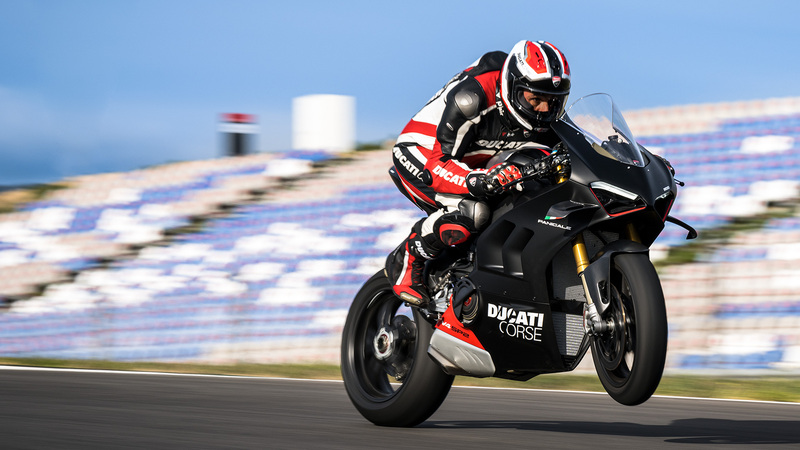 Remember the 2022 Ducati Panigale V4 & V4S that the company revealed in December last year which they said was the best Panigale they have built yet?? Well yeah!! They’ve made something even better.

In their ninth and last episode of the Ducati World Premiere 2022 web series, Ducati unveiled the new Panigale V4 SP2 for the enthusiasts who want something even more. The company describes the new SP2 as “Brings to the peak the sportiness of the Panigale V4”.

The SP2 is built upon the recently revealed and evolved 1103 cc Desmosedici engine which features on the Panigale V4S and , according to Ducati, is designed to be as fast as possible while remaining friendly for the general public. The supersport bike produces 215.5 HP at 13,000 RPM and 123.6 Nm of torque at 9500 RPM.

The only upgrade that has been brought to the power-unit is the use of STM-EVO dry clutch. The company boasts that the new dry clutch features an improved ‘anti-hop’ function to further smooth-out aggressive downshifts. Still not enough?? Ducati also offers a track kit which features an open carbon clutch cover to better showcase the dry clutch system.

The biggest difference SP2 brings compared to other Panigales is the sheer weight it has lost during its development. The most kilos it has shed is in the use of carbon-fiber wheels combined with carbon front mudguard, machined Rizoma footpegs and raw-carbon winglets to improve the aerodynamics.

In order to shed more weight, they have used the WSBK (World SuperBike) spec 520 chain which when combined with other changes, further drops 5 kg compared to stock V4S (which in itself is the lightest in the family).

If that is not enough, the owner can change the stock exhaust with Akrapovic titanium exhaust system which further reduces the weight by 5 kg and takes the power to 227.5 HP, which is an increase of 12 HP.

The Panigale SP2 features the Ducati ‘Winter Test’ livery consisting of matte Black fairing combined with matte Black carbon finish of the rims and wings with slight Red accents and ‘Ducati Corse’ featured on the lower section of the fairing. It being an ‘S’ model, the bike features semi-active Ohlins electronic suspension setup and aboost to braking setup thanks to a pair of Brembo Stylema R calipers and MCS radial master cylinder.