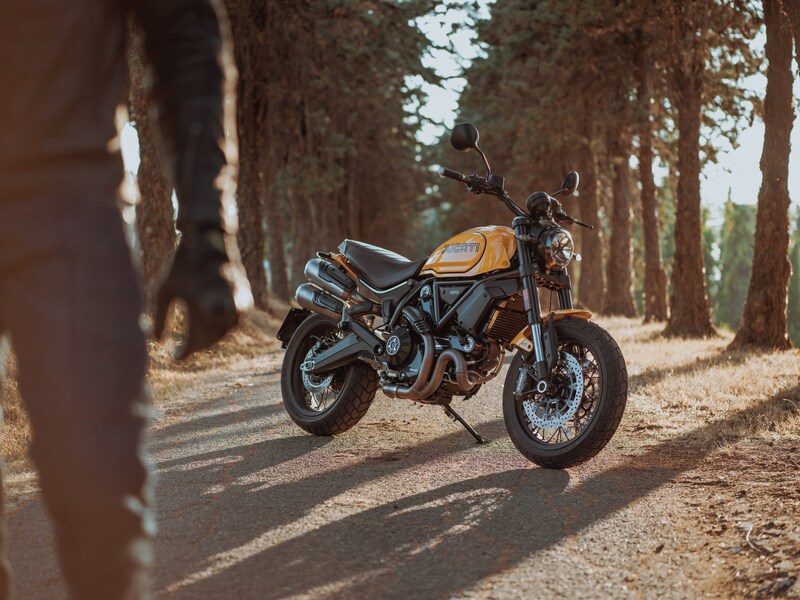 Ducati, the Italian motorcycle brand, have launched the Scrambler 1100 Tribute PRO in India today. The Tribute edition has been created to pay homage to the history of the air-cooled twin-cylinder engine that is completing 50 years on Ducati machines. It was first introduced in 1971 on the Ducati 750 GT.

The Ducati Tribute 1100 PRO is available at Ducati showroom floors from today itself.

The Scrambler 1100 Tribute PRO features a celebratory livery consisting of “Giallo Ocra” colour which is particularly fitting to that era and was used by Ducati on their twin-cylinder 450 Desmo Mono and 750 Sport in 1972.

According to Ducati, this tribute further recalls the 750 Supersport used by the Spaggiari team since 1975, which marked the start of the historical period of another great Ducati rider – Franco Uncini.

The tribute bike further adds styling details to the celebratory livery by utilising the 1970s Ducati logo which is designed by ‘Giugiaro’. It also features black spoked wheels, circular rear-view mirrors, and brown seat with dedicated stitching completing the homage of the celebratory livery.