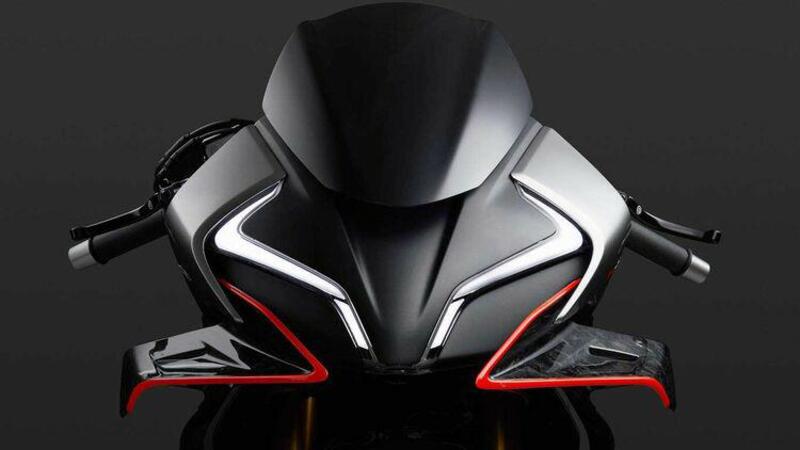 Among the many emerging Chinese motorcycle brands, CFMoto is making their own unique identity in the motorcycle world. Last year, the company grabbed a lot of eyeballs with the unveiling of their C21-SR concept all decked-out in Carbon and showcasing a menacing face.

In January of 2022, we shared an image of a fully-camouflaged supersport being tested on the Chinese roads which, allegedly, is the production version of the SR-C21 concept. But now, that concept has a name and we got to know some more details about the upcoming sportbike.

So, recently CFMoto shared some teaser images of their upcoming sportbike on their social media pages (not on their main page) and also dropped the name ‘450SR’. The 450SR, in the images, bears a strong resemblance to the C21-SR concept showcased by the company earlier.

In the images shared on Facebook, the menacing front fascia is shown along with the caption – ‘Power is as strong as 500CC. Weight is as light as 250CC.’. Along with the images, some performance figures are also shared by the company.

The upcoming CFMoto 450SR will be powered by a 449 cc, parallel-twin engine that will put out 37 kW ( 49.6 HP) and 39 Nm of torque. These figures are very similar to the numbers generated by the Kawasaki Ninja 400 and way higher than the more popular Yamaha YZF-R3. It is also claimed that this brand new engine will be able to propel the supersport to a top-speed of 190 km/h.

Other reports suggest that the 450SR will be equipped with a single-disc at the front, USD front forks combined with a rear monoshock mounted on a double-sided swingarm. Bosch 9.1 assisted ABS will also be standard.

Additionally, there are few whispers that point to the fact that the SR450 could be powered by the much awaited and anticipated new 400-500 cc engine which is referred to as the ‘490’.

If this indeed is the case, the SR450 will be the first bike which will be powered by this newly developed engine from the Austrian manufacturer. CFMoto is a long-time partner of KTM and manufactures the LC8c parallel-twin engines for them.

These engines power the KTM’s 790 & 890 Dukes and Adventure models which are available in the international markets.