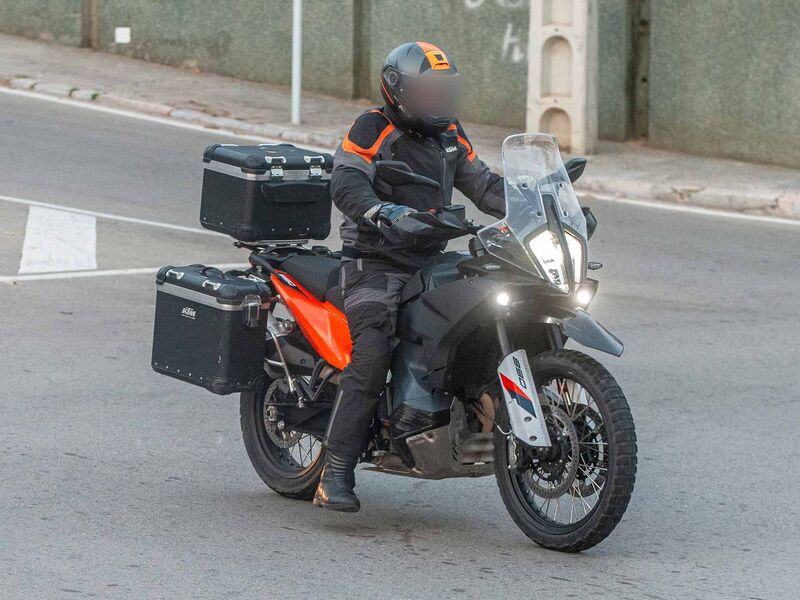 2022 890 Adventure spy pics have emerged that suggest many changes to the ADV. Interestingly, there appears to be a new variant in the making…

The 890 series from KTM is one of the most admired and sought-after range of bikes in the European and American market. The 890 Duke R and 890 Adventure series do really well in the middleweight segment.

To capitalise on this, KTM is working on updating these middleweight competitors to aggressively take on their rivals. KTM have recently launched their 2022 version of KTM 890 Duke R with a new colour scheme.

And now, Cycleworld have shared images of 3 variants of the updated 890 Adventure being tested on the Austrian roads.

Currently, KTM offers two variants of their 890 Adventure – the base version along with a more off-road-centric top-spec 890 Adventure R.

However, the images captured of the test-bikes show that KTM is testing a third more road-centric version of the updated 890 Adventure. It is speculated that a third variant ‘S’ will add to the existing naming of ‘890 Adventure’ and ‘890 Adventure R’.

The most prominent change visible on the new machines is the front design. The current model, much like the 790 Adventure and our 390 Adventure, features a separated headlight which weirdly pokes out at the front, giving it a praying-mantis look.

The updated models solve these problems by extending the fairing all the way to the headlight stock, changing the front to blend into the side fairing more smoothly.

The headlight and extended fairing is covered on all three sides by transparent screen moulding which gives it the flexibility to have various screens of different heights and widths. It is a better evolution and solution to the small inconvenient screen of the current models.

Other changes that can be seen on the new models are – the revised body panels and new bash-plate section which is part-plastic for base and S variant and all-alloy for the R trim.

The new ‘S’ variant is the most interesting addition to the lot. It is based on the standard 890 Adventure model but has characteristics of a sport-tourer. It has shed the 21” and 18” rear wire-spoked wheels of the ‘R’ variant and is running on all-alloy 17” street tyres.

Another feature adding to its road-centric nature is the use of tyre-hugging front fender. The aggressive off-road ‘R’ will utilise a high mounted beak front fender.

Other than these changes, the motorcycle appears to be the same. The chassis, engine, exhaust unit and tail section are expected to be carried over from the existing models. There are murmurs that this model might use the KTM’s newly developed 990 LC8 parallel-twin engine which is currently being tested on the Duke and RC.