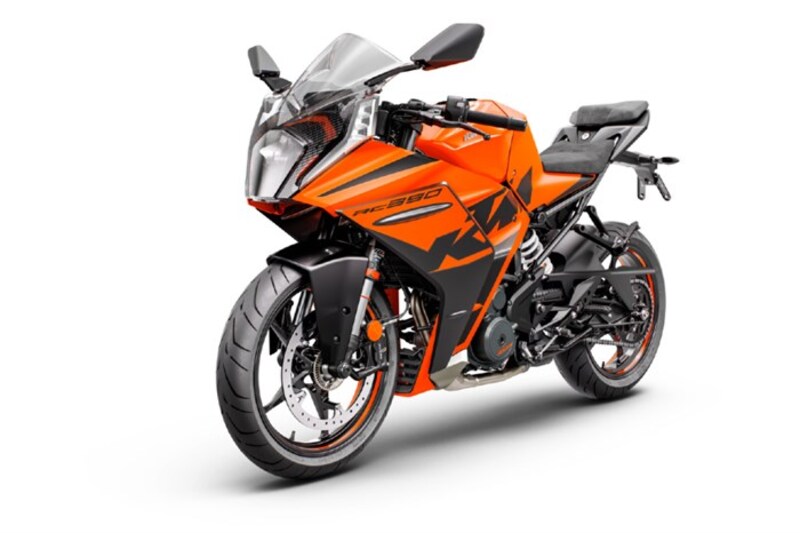 New 2022 RC390 launch is just round the corner however, an update has emerged that suggests something interesting…

When it comes to considering a powerful and affordable entry level supersport, the first name that comes to mind is the KTM RC390. There is no denying that the most powerful single-cylinder fully-faired motorcycle of India is on the top of the list for all bikers who prefer outright speed and performance more than anything else.

However, though low on power, the Apache RR310 has been keeping KTM on its heels as it offers performance upgrades including adjustable suspension.

In August 2021, KTM unveiled the new generation RC390 globally with controversial looks, better aerodynamics and addition of adjustable suspension. However, with the 390 Adventure not getting adjustable suspension (despite the international model enjoying it as standard) expectations of the same were almost nil even on the mini supersport.

However, a new report at Autocar claims that the 2022 KTM RC390 is ‘likely’ to be offered with adjustable suspension in India. Will it be standard or optional is still to be confirmed.

The rumours further divulge that the RC390 will launch alongside the 2022 KTM 390 Adventure, which was unveiled globally in December 2021 and launched in the US market last month.

Will the 390 Adventure get the adjustable suspension?? We don’t know yet.

Furthermore, just like the 390 Adventure, the RC390 will come with a Quickshifter+ and will also get the KTM’s Motorcycle Traction Control (MTC) along with Cornering ABS.