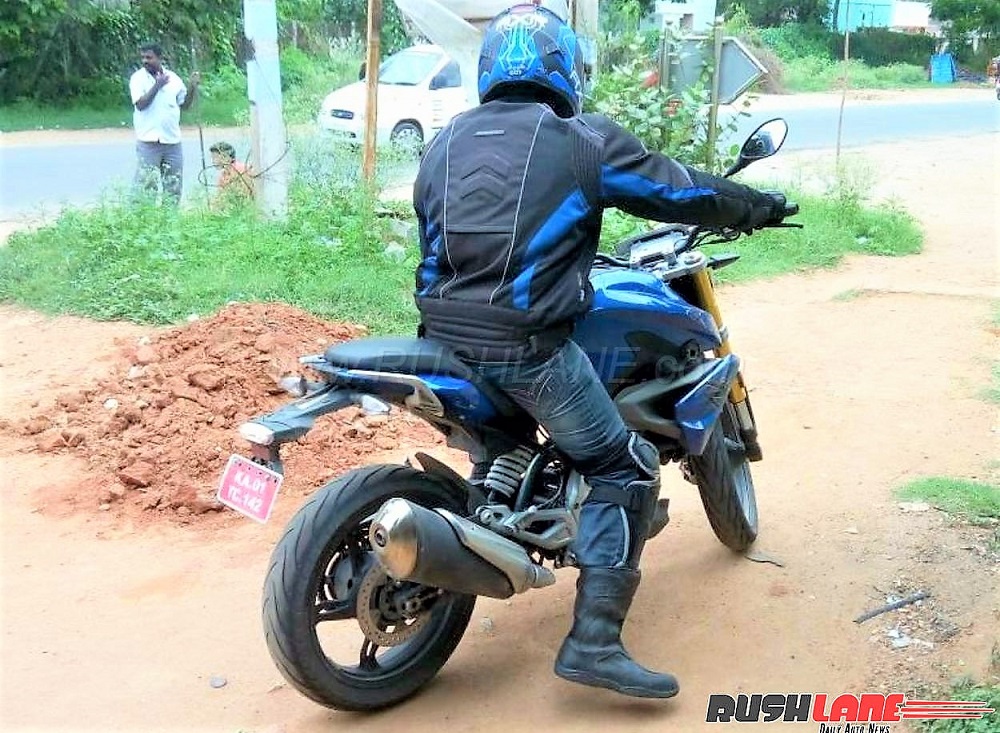 The announcement of BMW Motorrad’s association with TVS was a big news for the motorcycling industry. With the world looking forward to their first product, BMW took over everyone’s imagination with the gorgeous G 310R roadster. The bike drew large crowds when it was first showcased in India at the 2016 Auto Expo.

G 310R was expected to be launched last year itself but it was delayed. The motorcycle has been spotted testing multiple times in India. Apart from the pic shared by a Motoroids reader earlier, in a new update, G 310R has again come under the lens in a latest spyshot by Rushlane. This could be the India-spec motorcycle getting fine tuned before freezing final production specs. BMW is running it absolutely uncamouflaged and in fact, when the world knows how does your motorcycle look, it is senseless to keep it veiled!

Powering the bike is a 313 cc single cylinder liquid cooled mill which churns out 34 PS of peak power at 9,500 rpm and a maximum torque of 28 Nm at 7,500 rpm and it weighs 158.5 kg! The bike has been designed and developed by BMW Motorrad in Germany and will be manufactured by TVS in India. 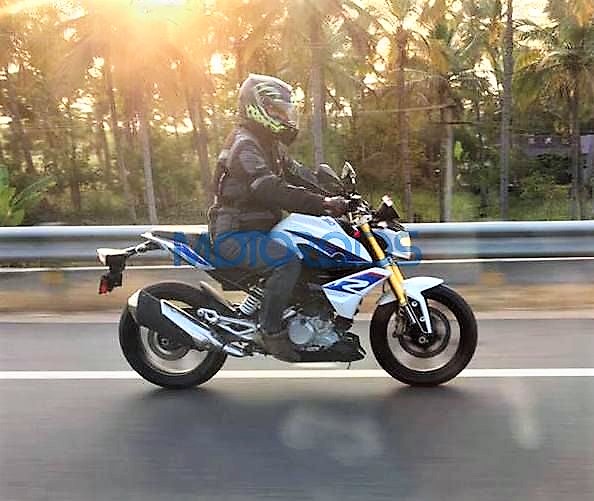 According to an earlier announcement, G310R was supposed to be launched in India around April 2017, followed by its adventure version G 310GS sometime in the second half of this (very) year! (Read story here). However, with their official Indian foray, the roadster has been delayed, most probably to the second half of this year. The reason cited is – BMW wants to first set foot before going public on a mass-market motorcycle.

Apart from this, partner TVS is also vigorously testing the Apache 310 based on the same platform, which is expected to come within the coming 2-3 months.

BMW has already launched the G 310R in some international markets and the reviews pouring in have revealed some interesting details about the motorcycle. You can read some of them here...

G 310R will be the first real direct rival against Duke 390 which will be completely produced in India and according to its (310R’s) international prices, it has been placed under the KTM; so why NOT in India as well? Here are our 3 reasons..