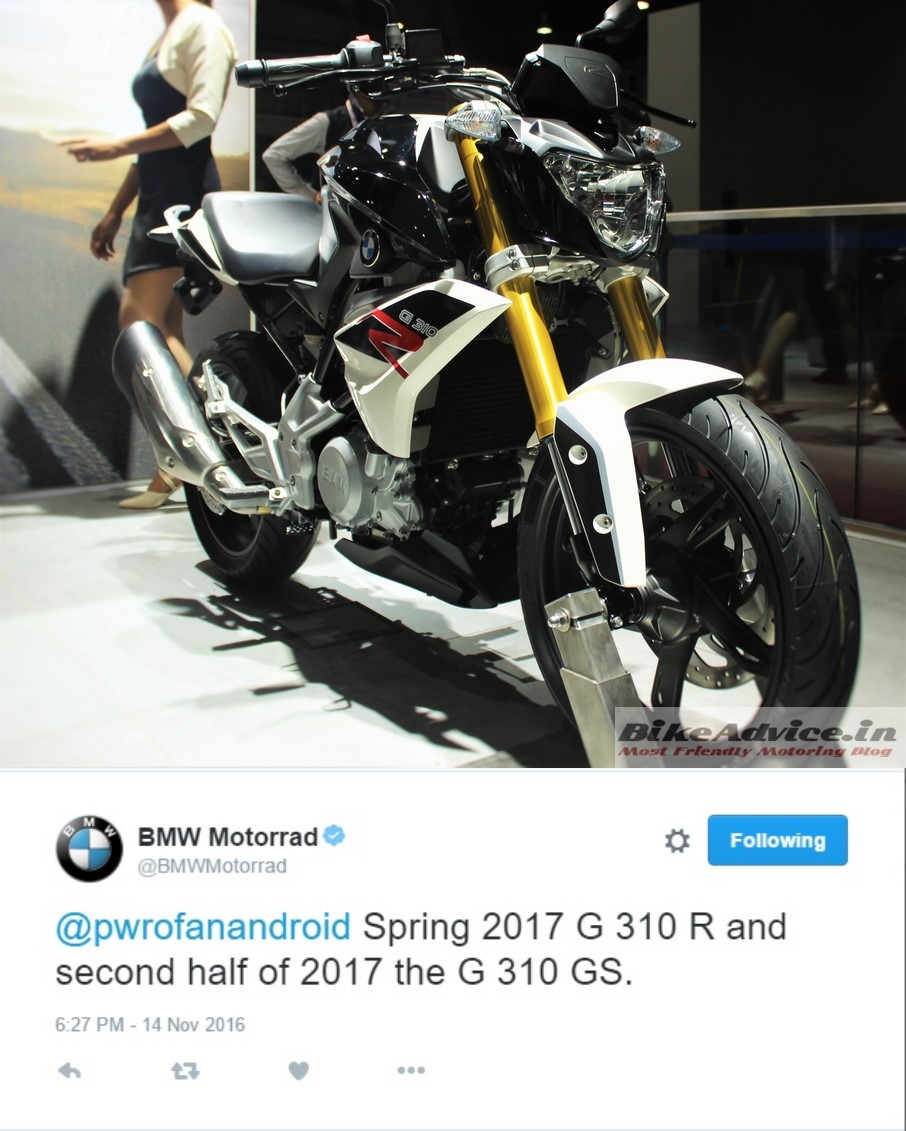 Right since the day the BMW G 310R was first showcased at the EICMA 2015, the bike has been a hot topic in India. After all a BMW badged motorcycle manufactured in India will sound alluring to anyone! The German bike maker though has officially confirmed that the G 310R will be launched in India in Spring 2017!

In a quest to have sustainable growth, BMW Motorrad chalked down an alliance with the Indian two-wheeler maker TVS to develop sub 500 cc motorcycles. That was April 2013. Since then we have seen the unveil of the G 310R naked roadster and G 310GS adventure tourer. The former has even been spied in India a number of times. BMW Motorrad has finally confirmed their launch timeline for India.

Manufactured at TVS’ Hosur facility near Bangalore the G 310R was showcased on Indian soil earlier at the Delhi Auto Expo in February 2016. The bike was then speculated to have a festive season launch. However, that did not come to be. The German manufacturer via the microblogging site Twitter, has confirmed that the G 310R will be launching in Spring 2017! That typically means that the naked roadster will be here by April! 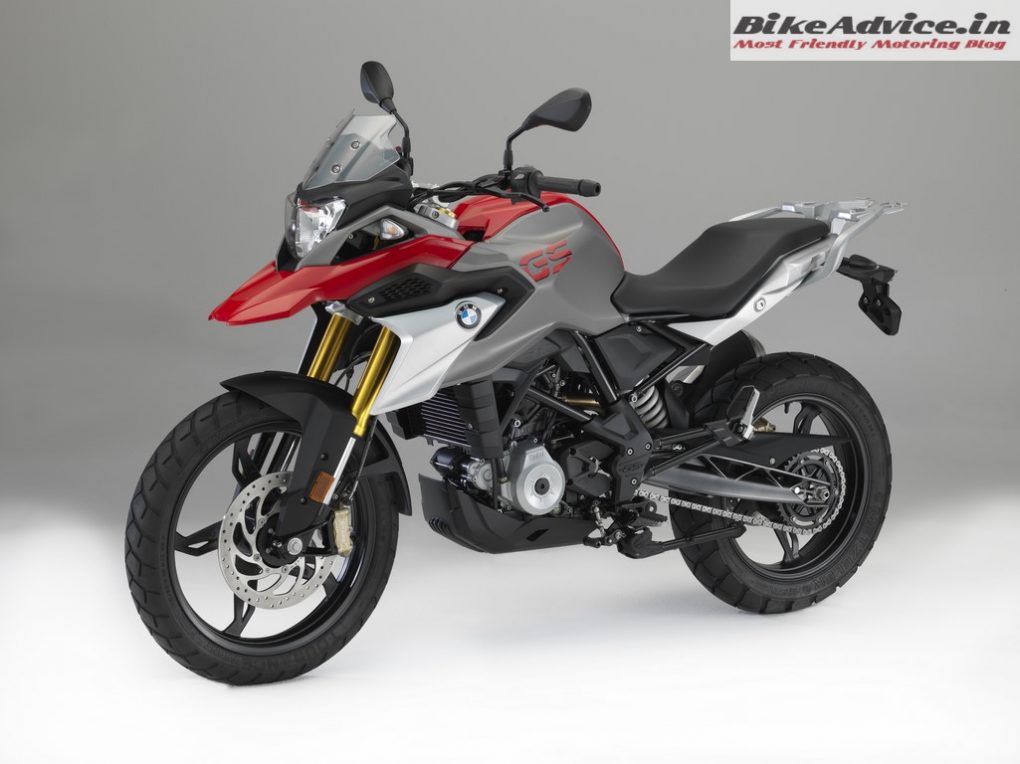 They further added, that the adventure tourer G 310GS, which was recently unveiled at EICMA 2016, will be hitting Indian streets in the second half of 2017! Now that’s something to be excited about right?