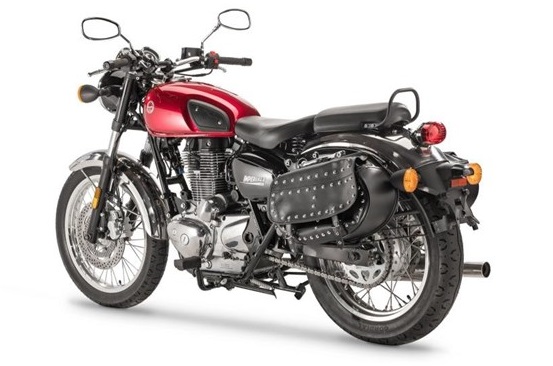 Benelli has come back with a renewed interest in the Indian market after its fallout with DSK which went bankrupt. As a first, it relaunched its older lineup of motorcycles, woke up the dealers and restarted with service and spare parts for new and existing owners.

Next it slashed prices of some models to make them competitive (details) and followed up with two brand new products – TRK 502 adventure tourer and Leoncino scrambler which was launched very recently. To further expand the lineup, Benelli wants to venture into the cruiser segment where they have, so far, been absent.

And the cruiser motorcycle they are bringing to India is its Imperiale 400 – a 373.5 cc single cylinder retro classic which produces 19.7 bhp of power and 28 Nm of torque. In a new update, Economic Times says that the motorcycle will be priced under 2 Lakhs and it will rival Royal Enfield and Jawa motorcycles in India.

Apart from the engine sizes, Imperiale has other similarities with Royal Enfield’s Classic 350, like its heavy weight of 200 kg, 19-18 inch tyre combinations, etc.

Vikas Jhabakh, Managing Director of Benelli India has earlier said that they plan to launch the Imperiale 400 sometime after September 2019 in India. He has already announced rivalry against Royal Enfield but pricing will be a key factor here.

Since Imperiale 400 will be brought to India in CKD kits (completely knocked down units), it will be tough for the Italian-Chinese maker to price it as competitively. But considering the limited reach of Benelli (as compared to RE), it will be more than content if it can get some quick thousand bookings of what would be its most affordable motorcycle yet!