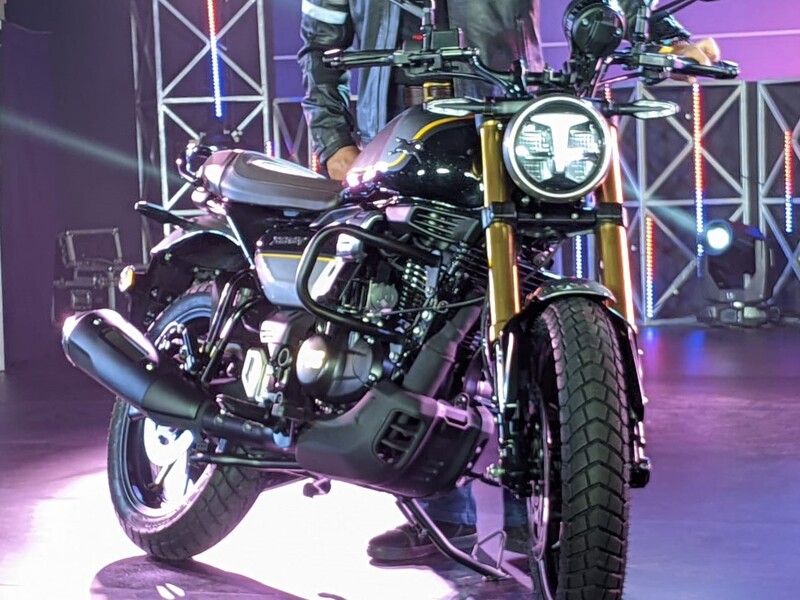 Zeppelin launch could fall under the company’s newly ventured ‘Lifestyle’ segment. Ronin is the 1st product from the company here…

When TVS Motor Company launched their new Ronin in India, it began a new era for the company, where after ‘democratising the racing world’, they entered the ‘Lifestyle’ segment of motorcycling in India.

They describe the new Ronin as a ‘modern-retro’ motorcycle that is a lifestyle statement for today’s youth who see bikes as more than a means to an end. With the new Ronin, the company explains that they want to promote an unscripted lifestyle for the modern biker.

To further their aim to promote the philosophy behind the Ronin, TVS have launched a range of official Apparel/Merchandise & Official Accessories to facilitate the owners to mark their individuality through their attire as well as through their bike.

However, TVS, during their launch event, announced that the Ronin is just the beginning of their foray into the Premium Lifestyle segment of motorcycles – a segment that is predominantly dominated by Royal Enfield. They clearly hinted that there will be more motorcycles that will be launched in this new segment the company has stepped into.

How quickly the new bikes will make their debut in the new segment will depend on how well the Ronin is accepted in the market.

And based on the initial response, TVS must be happy – but only if the hysteria translates to actual sales. The prospective buyers are directly putting the new Ronin against bigger rivals like Honda CB350RS and the Royal Enfield Meteor 350, which essentially carry cruiser-roadster hybrid dynamics.

But, can we guess which bike could be the next one introduced under the new Premium Lifestyle segment??

Based on their used vocabulary of ‘unscripted’, ‘unchained’, ‘unstereotyped’ etc. there are a few iterations we can think of.

Keeping the cruiser-roadster hybrid at the centre, TVS can move towards the right in the spectrum to design that can be a roadster that doesn’t fret when the road ends. It gives birth to a ‘Scrambler’ carrying forward the DNA of the Ronin.

Yes, you can argue that the Ronin does possess some scrambler elements, but these elements are just visual in nature. The off-set instrumentation and the addition of under-belly protection (which is made of plastic, sadly) are just visual elements rather than being useful ones.

A Scrambler is a compromise between a Roadster (sometimes a naked bike as well) and an ADV/Dirtbike. So the new scrambler model based on the Ronin must have good ground clearance (near about 200 mm), long travel suspension (maybe around 170 mm) and a good bash-plate as standard. Rest of the requirements will be handled by the excellent engine characteristics the Ronin already possesses.

Moving towards the left of the spectrum, how about a cruiser. That could be based on the ‘Zeppelin’ concept showcased way back at the 2018 Auto Expo.

The exemplary 225.9 cc square engine of Ronin with great low-to-mid range grunt, fitted into a long wheelbase, a low-slung cruiser that could be a great commuter on weekdays and a capable mile-muncher on weekends or long off-days – could be a recipe for a segment-leading true cruiser machine.

How about something form the far-right of the spectrum – an ADV based on their partner BMW’s G 310 GS??

Now that will be a true definition of ‘unscripted’, ‘unchained’ etc.

Checkout our full review of the new TVS Ronin below –