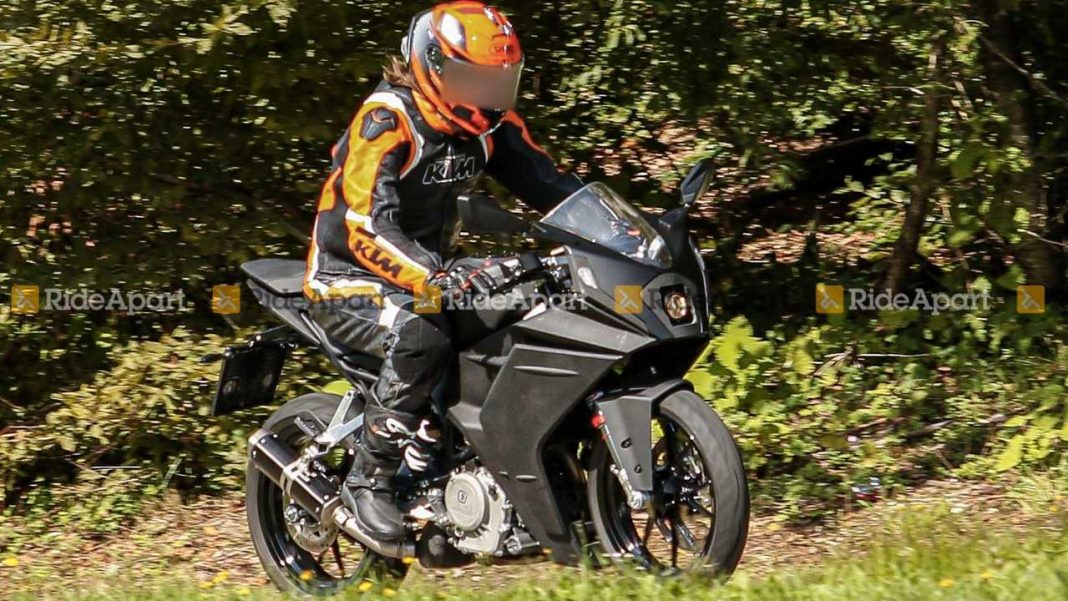 New 2020 RC390 spy pics have surfaced again revealing new bits that the motorcycle is expected to gain. You tell us if you like the new design or not…

It was bang in the last month of 2018 that KTM was spotted testing the new-gen RC390 out in the open. You can check those spy pics here. After about nine months, test mules are back on the roads but it is now equipped with many changes vis-a-vis the last time.

Ride Apart has shared fresh spy pics of the 2020 RC390 from somewhere in Austria, KTM’s homeground. As we saw earlier, styling will be a major deviation from the current RC. The motorcycle gets a completely new fairing and unlike last time, the visor has been shortened and slapped on that dummy projector headlamp could eventually turn out to be a small LED unit in production. The side blinkers are also integrated into the fairing unlike the current model where they are part of the rear view mirrors.

The subframe is all-new and unlike the last spotting, this mule gets a proper pillion seat (current RC has a joke of a rear seat!). The tank has a bigger hump and it may be signifying a larger fuel capacity and hence a bigger range.

The engine, in the pics, is strapped with what looks like ‘Husqvarna’ branding but it will eventually get the ‘KTM Racing’ tag in production and a black theme, most probably. Power and torque are not expected to see any major changes but the engine itself will become Bharat Stage VI compliant for India and Euro 5 compliant for the European markets.

The side mounted exhaust canister, upside down front forks, 10-spoke alloy wheels on this mule are similar to the current model on sale. Out of these, the alloys are expected to see a design change.

KTM is expected to unveil this new 2020 RC390 at EICMA, followed by its international launch. Indian debut could be around the same time frame which means we may be looking at early 2020 when this motorcycle may make an entry in India. Apart from this, KTM was also snapped testing the new Duke 390 in April (spy pics here) which may come a little later.