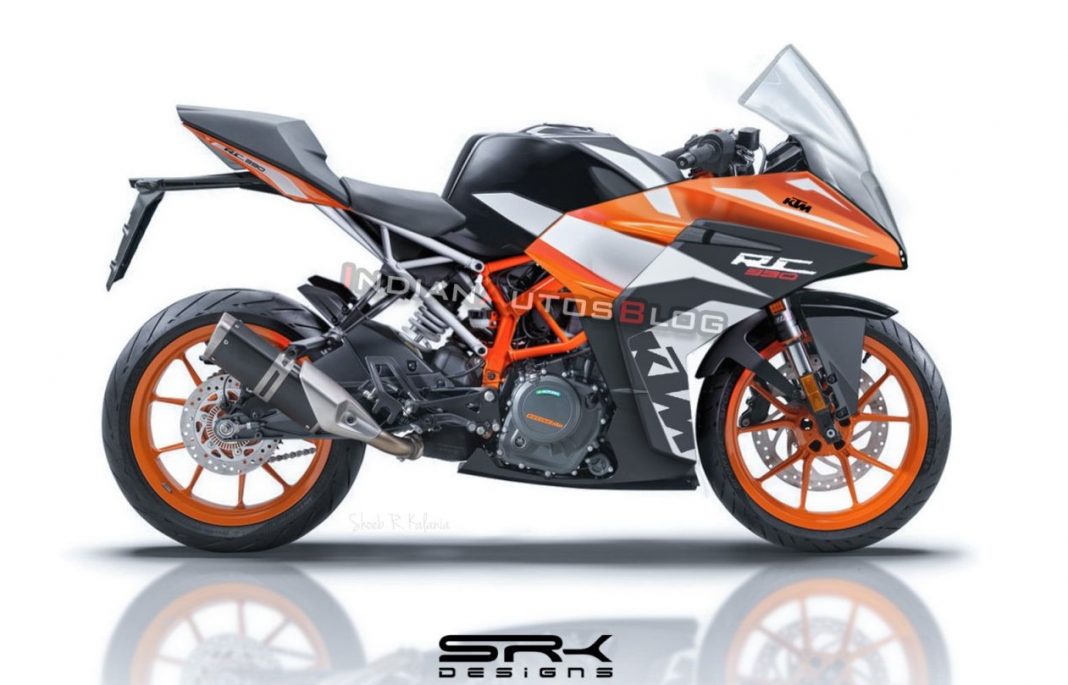 First ever Next-Gen RC390 spy pics have emerged online and they suggest a change in the design theme of the motorcycle but that aggression remains. Story updated with a speculative rendering…

So, after nearly two years of the new-gen Duke 390, KTM has started testing the equivalent (or probably slightly better) generation of the faired sibling.

Spy pics recently shared by MCN showcase a test rider in Alpinestars testing out the next-gen supersport from KTM and at the first instance you begin to understand that the Austrian is trying to be slightly different in terms of the design of the motorcycle.

As an update and based on the spy pics, Indianautosblog has shared a speculative rendering of how they envision the new 390 could look like (featured pic of the article).

Upfront you have a massively long windscreen which also acts as a headlamp cover. Interestingly, the mule features one round headlamp but a big hollow vertical space. This probably could be a hint at the possibility of the new RC getting a vertically stacked unit like the RC8. In terms of wind protection also, because of its length, we believe, it will be better. Behind that is expected to be the Bluetooth-enabled TFT colour instrument cluster of the new Duke 390.

The fairing is also revised and the overall motorcycle looks puffed up and roomier, which are good signs for taller riders who consider it to be very cramped at the moment. The sub-frame also has been reworked and there is no pillion footpeg assembly.

KTM may showcase this RC towards the mid of next year at some Auto show and an eventual launch can be expected thereafter, probably towards the second half of next year. Since KTM is selling the older version of the RC in India, it has been priced at par with the Duke 390. With the new version, expect prices to shoot up by a few grands…