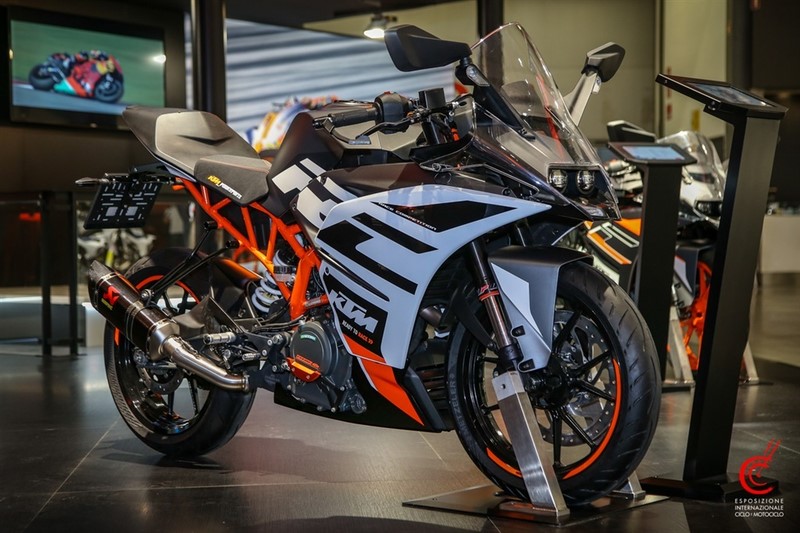 KTM has been testing the new-gen RC at least since December 2018. It was recently spotted in September this year and going by the test mules it is set to come with major changes, including new styling (check spy pics).

Quite naturally then, we expected to see the motorcycle at this year’ EICMA which was held earlier this month in Milan, Italy. However, KTM chose to disappoint its fans by showcasing the current-generation model, albeit in new liveries. This, in all probability, suggests that the motorcycle is not ready for launch and KTM is taking some more time to finetune it for the world.

That is because KTM generally showcases its new models at EICMA before launching them in different markets of the world. Similar is the case with the 390 Adventure, first spy pics of which surfaced back in 2017 and it only debuted at this year’ EICMA and will go to production soon (check specs & details).

But India is also set for the big transition to Bharat Stage VI in April 2020 (this is why we expected the new-gen model incorporating the changes as well as the stringent emission norms’ compliant motor). However, as it appears, we will get the new colour schemes for the RC KTM showcased at EICMA.

The RC390 featured black and white colour theme, with orange traces and black alloy wheels. The baby RC125, on the other hand, gets a black theme with KTM-orange traces and orange coloured alloy wheels. Both of them are pictured on this page. 2020 RC390 launch is expected between January-April 2020 in India.

Apart from this, KTM is also testing the new-generation model of 390 Duke which is also set to get massive changes. You can check its spy pics and details here.