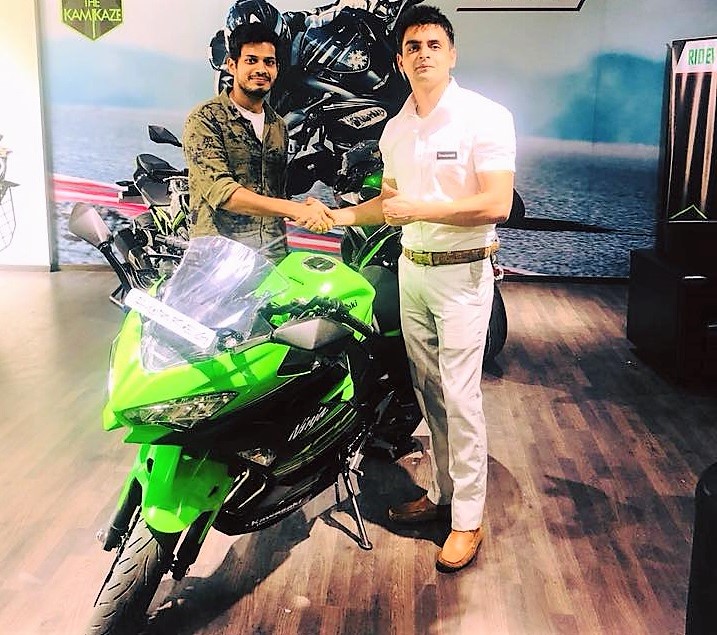 Ninja 400 price and launch in India has been messed up by Kawasaki! Deliveries for the first bookers have commenced…

Kawasaki announced that they would discontinue the Ninja 300 internationally and its place was to be taken up by the aggressive-looking bigger Ninja 400 which was introduced at the Tokyo Motor Show 2017 as a 2018 year model. Designwise, the Ninja 400 is more aggressive and carries a few cues from the flagship H2.

Kawasaki kick-started pre-bookings of the beauty in April and they were also offering flat discounts of Rs 20,000 to everyone who booked the motorcycle in its launch month. Ninja 400 costs as senselessly high at Rs 5.76 Lakh on road in Mumbai. 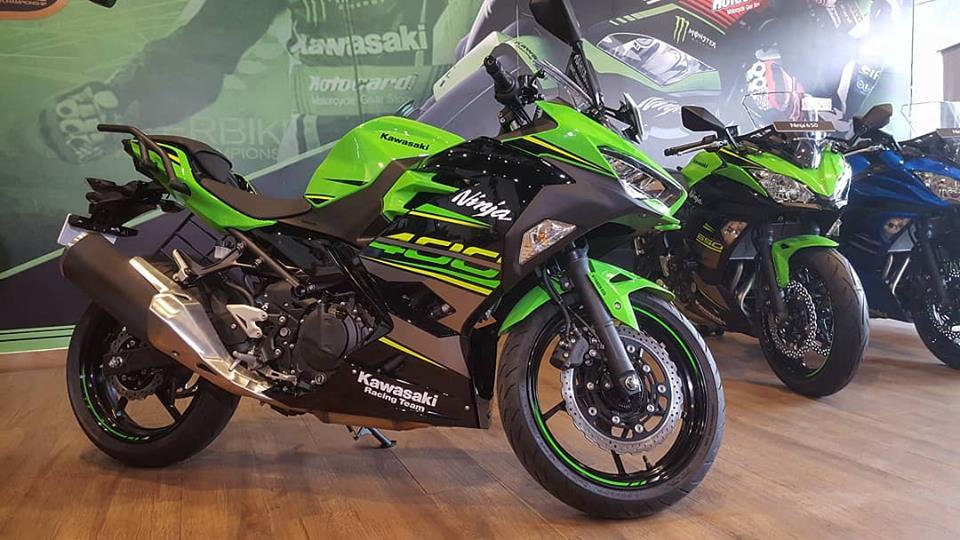 Now, two months after its first official announcement, the motorcycle has started reaching dealerships. And according to updates by various Kawasaki’s dealerships ( Anzen Kawasaki Mumbai, Aurum Kawasaki Delhi), they have found as many as at least eight customers for the bike. This includes a 5-motorcycle delivery in Delhi (in one day).

In a latest update, Kawasaki has also commenced deliveries in South. Kawasaki Bangalore uploaded the pic of Mr Lakshman who became the first customer in the region to own the elder Ninja. 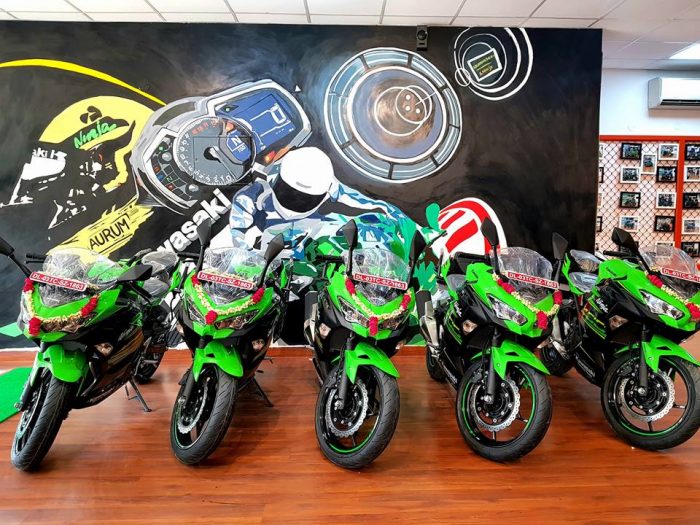 There is no word on the total number of bookings received so far but this means that Ninja 400 has outsold Versys 300’s five month official sales numbers within one odd month – interesting since both the motorcycles cost the same! 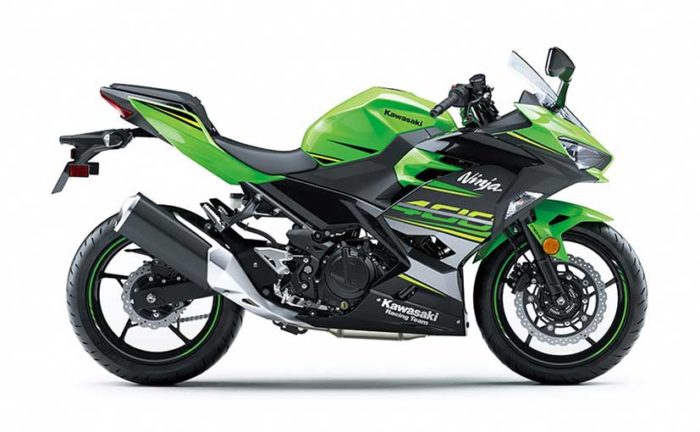 Other features and changes include…

Internationally, Ninja 400 is offered in Metallic Spark Black, Lime Green and Ebony KRT Edition colour themes. However, India only gets the green KRT edition for now. 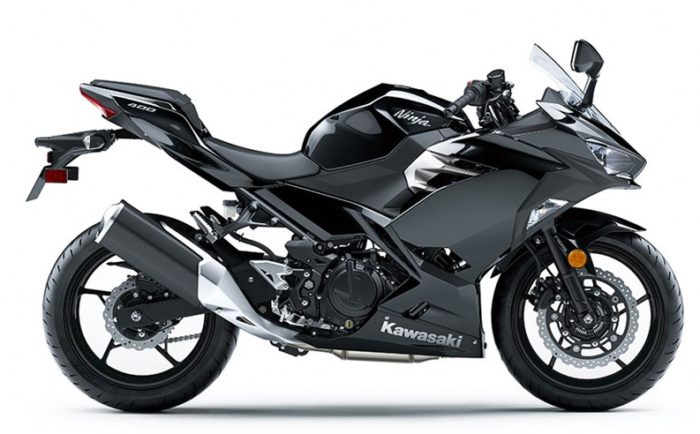 Why is Ninja 300 Being Discontinued Internationally?

The common understanding is that Ninja 300 is not able to adhere to stricter Euro IV emission norms and hence Kawasaki thought it is better to develop an all new bike. It must also be understood that this new Ninja 400 is different from the Japanese-spec Ninja 400 which is merely a sleeved-down version of Ninja 650.

But Kawasaki has announced that Ninja 300 will continue to be sold in India for now, along with this bigger 400. Like the 300, Ninja 400 is also a CKD and is being assembled in India with kits sourced from Thailand. 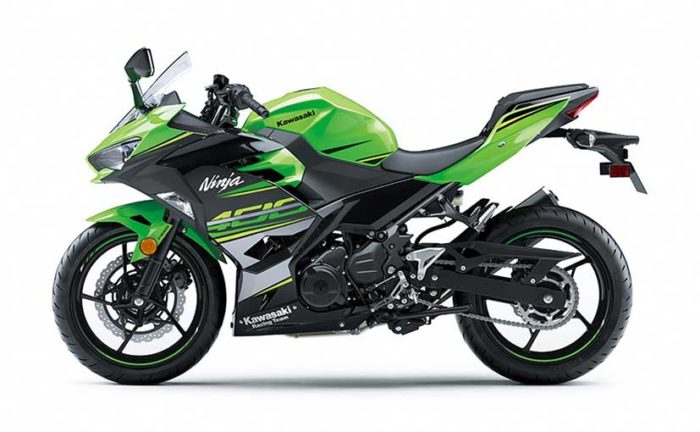 Ninja 400 has been introduced at ridiculous prices and at a difference of Rs 1+ Lakh, it appears that Kawasaki is getting greedy – a few grands more and you can get Kawasaki’s 650 (Z650). In a few international markets there is hardly any difference in the prices of both the Ninja 300 and 400 (here are more details).

We believe, unless Kawasaki brings only very limited units to India, they will have to resort to discounts to push sales because at its original price point it will be very hard to find many takers, like it has been the case with Versys X300 – another fantastic motorcycle killed due to clueless pricing strategy of the company (read more). 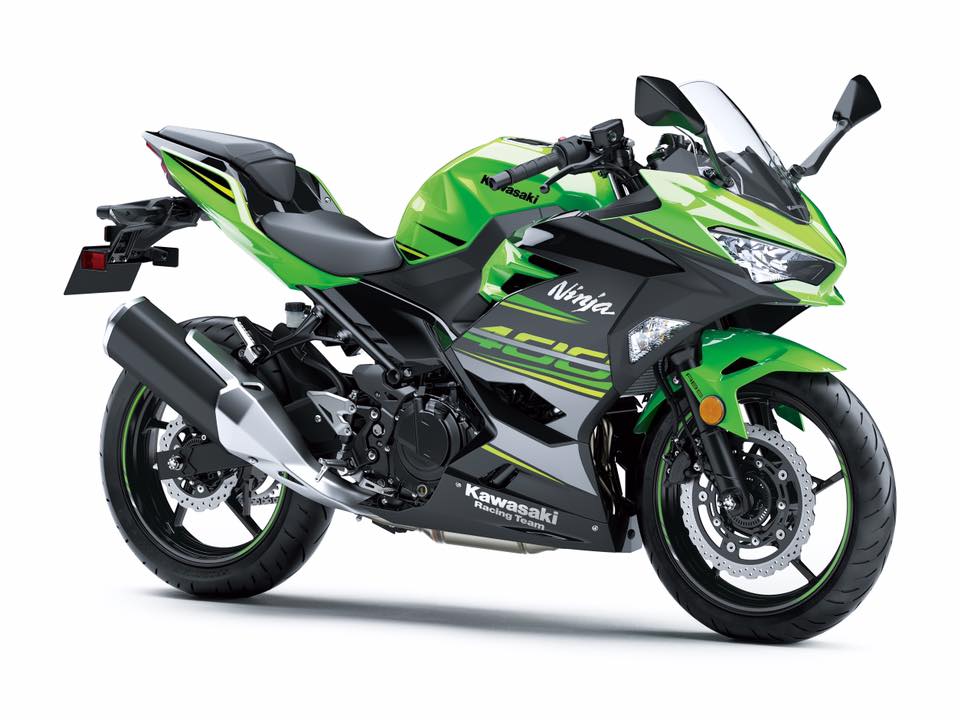 Sibling Ninja 300 is being cleared at whopping cash discount of Rs 60,000 (details). Basically, this whole pricing strategy from Kawasaki India does not make any sense to us! However, a speculative report has recently revealed that Kawasaki may be planning a master-stroke with a cheaper version (details).

Kawasaki is not willing to sell this model in numbers – it has specified that Ninja 400’s sale in India will be ‘limited’ for reasons unknown and undisclosed! Earlier the company has introduced Z900RS and Versys 300 at absurd prices!