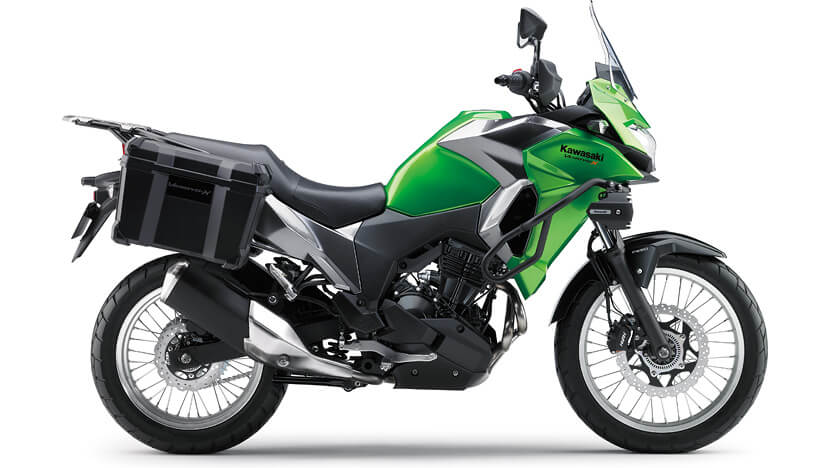 Versys 300 sales are terribly dismal! The question is – what is the point in overpricing a motorcycle which results in single digit sales in 6-7 months combined!

Kawasaki’s pricing strategy for its motorcycles in India is perplexing! At one end they have some real well priced motorcycles like the Ninja 1000, Z900, localised ZX-10R and the latest Ninja 300 but few of their small capacity motorcycles have been real pricing disasters…

This atrocious pricing strategy is killing some very good motorcycles. Despite being a wonderful machine, Versys 300, which was launched in November 2017 in India, has so far managed to sell only four units according to the official SIAM sales data (till June 2018). Yes, that is F-O-U-R units in 6-7 months – or 8-10 units in a year, when extrapolated!

Last month Kawasaki Thane celebrated the delivery of their FIRST Versys 300 – which came after 6-7 months of launch. And these are the lucky ones because most of the Kawasaki dealerships have not opened their accounts with Versys so far.

In a latest update, Kawasaki has managed to sell more than one unit of the ADV in a month for the first time ever and guess what – its TWO units in June 😀 .

Now how sensible is that? This is bound to happen and if Kawasaki was thinking that they can milk their ‘premium’ image these numbers will shatter their beliefs! Dealerships are celebrating first Versys 300 delivery after 6-7 months of the launch of the motorcycle – How ironical is that?

There is no question of – ‘Kawasaki is intentionally keeping these motorcycles limited‘ because no manufacturer introduces a brand new motorcycle just to sell 5-7 (or 10) units a year – not even your super luxurious ones! For reference, 2018 Goldwing, which costs over Rs 27 Lakhs, has received 35+ bookings according to an official word from Honda.

What is difficult to understand is – What is Kawasaki getting out of this? We have already told you that in international markets Ninja 400 is a replacement of Ninja 300 and hence the elder sibling is being offered at almost similar prices (or at very minimal premiums). However, in India, it commanded a whopping Rs 1.09 Lakh or 30 percent premium! over the older 2017 Ninja 300(more details here).

EXCLUSIVE: Surprise 2018 Ninja 300 Price is Only for Limited Period – HURRY

And if you did not realise – Kawasaki is no more a partner with Bajaj and hence, is not sharing any revenues with them! So, instead of the existing motorcycles becoming cheaper (since there is no part which needs to be paid to Bajaj), Kawasaki is introducing new motorcycles at absurd prices…