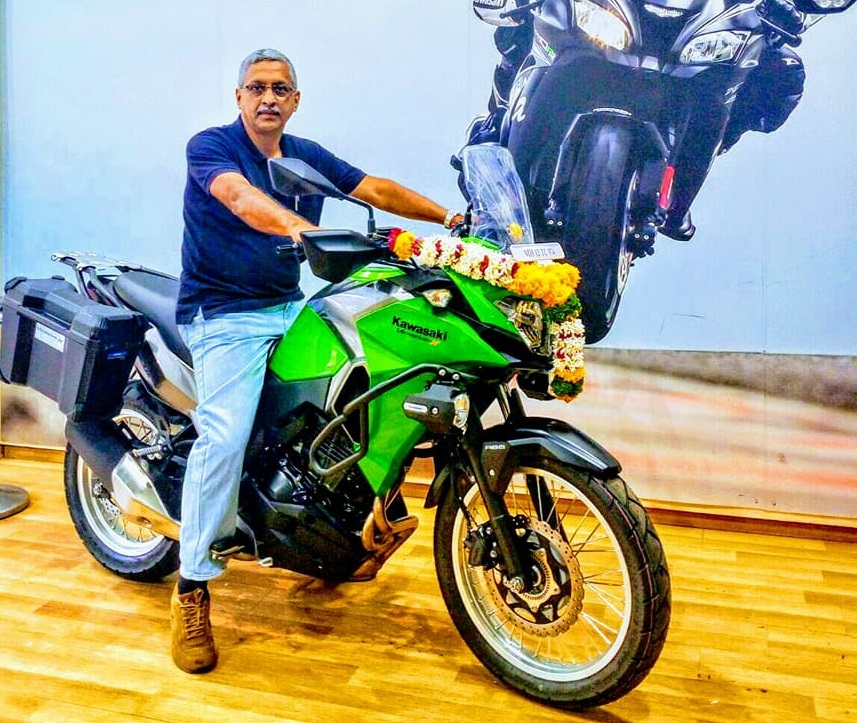 Versys 300 price has left almost all the enthusiasts disappointed. The first customer has received the motorcycle. Let’s see how many more they can add…

Kawasaki has officially launched what was the most awaited adventure tourer Versys – X300 in India last month but at a price which will make you question logic!

Along with its quarter litre sibling (which is sold in some markets like Indonesia), Versys 300 is the smallest motorcycle in the Versys range which comprises of a 650 and the liter class flagship – both of which are already on sale in India. Versys 300 is powered by the same 296 cc parallel twin liquid cooled 8 valve fuel injected engine which powers the Ninja 300 and produces 40 PS of peak power at 11500 rpm along with a maximum torque of 25.7 Nm at 10,000 rpm. Mated to this is a 6-speed gearbox.

In comparison, Ninja 300 churns out 39 PS at 500 rpm lesser and a higher 27 Nm of torque at the same rpm. Kawasaki says that for the Versys, the focus is on low and mid range torque. 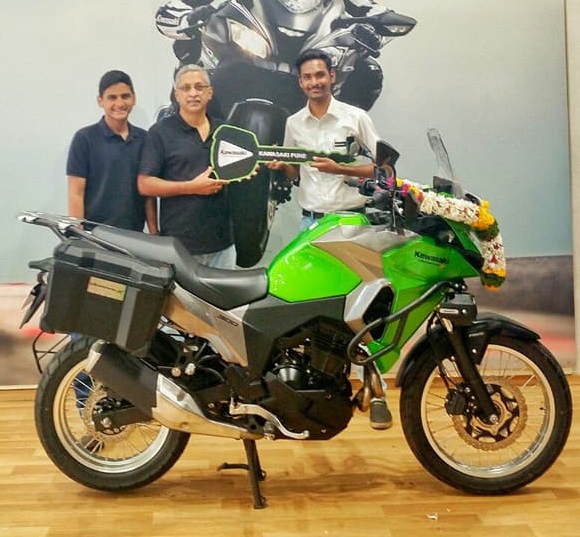 ADV features include a bigger 19 inch 100/90 front tyre (rear is 130/80 17 incher) and the motorcycle rightly comes equipped with spoke wheels (and tubed tyres). The 41 mm front suspension has a maximum travel of 130 mm whereas the rear gas charged monoshock can travel a maximum of 148 mm. The handlebars are wide and at 815 mm Kawasaki has managed to keep the seat height under control. Versys can hold  17 liters of fuel for a longer range. 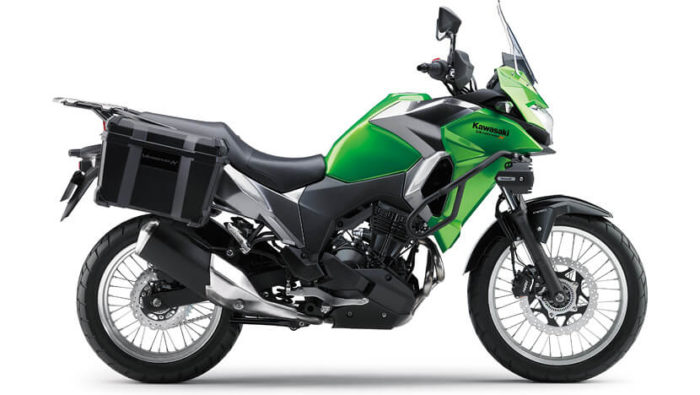 This is the ex-showroom price in Delhi and Mumbai. Auxilliary lights and pannier case are on offer on the motorcycle as standard accessories. Bookings commenced last month, the motorcycle started reaching dealerships and in an update, Kawasaki Pune has shared pics of Mr Prasad Kamat, who happens to be the first customer of Versys X300 in India. We hear deliveries in other cities have also commenced. 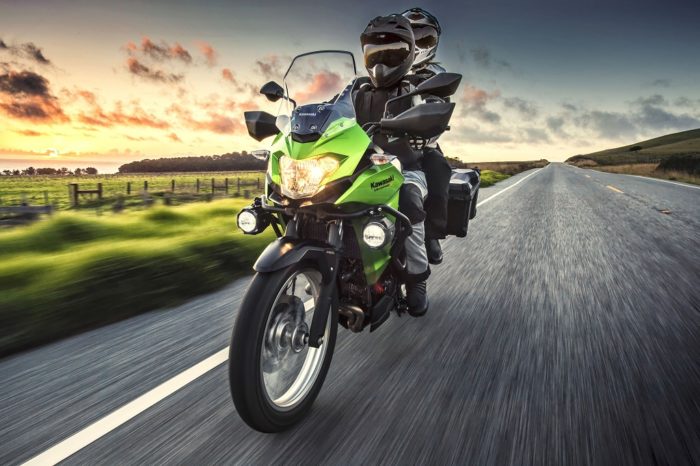 However, it is big time confusing what are the extra charges for considering that the motorcycle will be assembled at the new Chakan plant from CKD (Completely Knocked Down) kits, very similar to the Ninja 300 (which is already considered a wee bit overpriced) and other smaller Kawasakis. Though the Versys internationally is sold at a premium than similar capacity corresponding bikes in the portfolio, a Rs 1 lakh+ hike (on the on road price) is unjustified according to us.