Apart from the new X-Blade, Honda also showcased the 2018 Hornet 160R in India at the 2018 Auto Expo. The display model draped in matte grey colour looked similar to the older version but adorned the following changes.

New design bikini fairing – The fairing is slightly elongated and resembles that of the X-Blade. It is divided in two parts with the brand name ‘Hornet’ in between.

LED headlamps – Hornet is the second motorcycle in this segment to get this feature.

Optional ABS – It is a single channel ABS unit and is offered in two variants. Hornet also becomes the second motorcycle in Honda’s range to offer ABS.

New Colour – Honda has introduced a new ‘Dazzle Yellow Metallic‘ colour to the palette which will be in addition to the existing Striking Green, Mars Orange, Athletic Blue Metallic and Sports Red.

Apart from these, it also gets hazard lamps and blue backlit instrumentation. 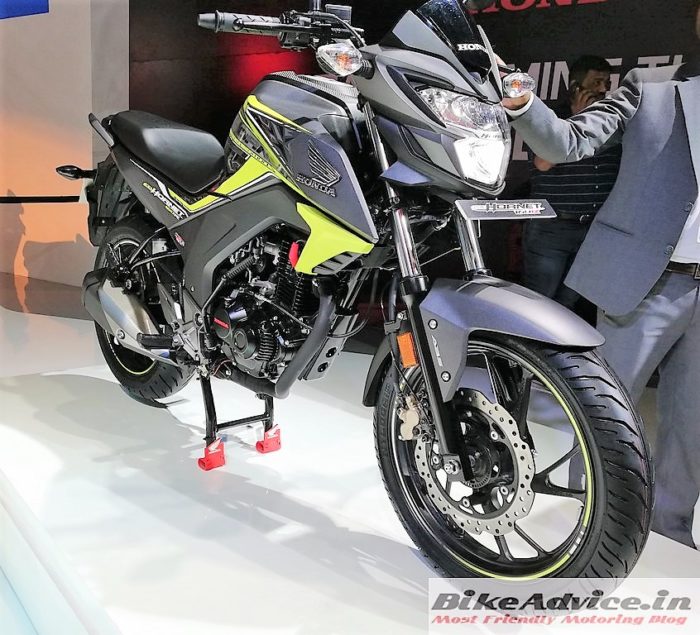 Honda X-Blade Adventure: What is Different?

Honda had already planned to increase the gap between the Unicorn 160 and Hornet 160R and hence they introduced X-Blade in between (which appears to have taken a lot of design cues from Hornet). The new 2018 Hornet 160R will go against the new 2018 Apache 160 which is now the most powerful motorcycle in the segment!