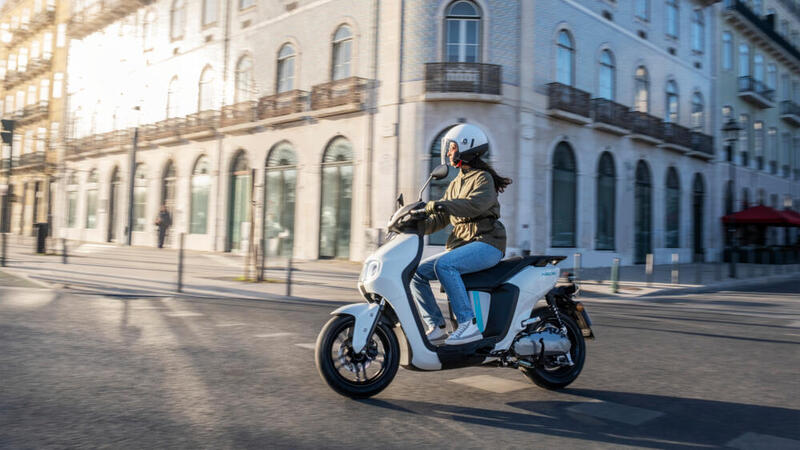 So, it is an unignorable fact that India and Indians are adopting the next mobility solution – Electric propulsion – at an extraordinarily rapid rate. Especially, the electric scooter segment appears to have no limits when it comes to how many players can exist in the domain or how many offerings can join the segment.

Seeing this growth, Yamaha India have decided to carve out their own piece from the electric scooter cake and are planning to enter their own India-specific e-scooter model based on their global Neo’s electric scooter.

Speaking to an Indian online portal, Mr. Eishnin Chihana (Chairman, Yamaha) shared the company’s observation that the Indian EV scooter market is growing faster than ever imagined and they are in process of developing and soon launching an electric scooter for India.

“This will be a joint effort between Yamaha India and Yamaha Japan. The scooter will be made in India using components sourced from local vendors. The motor and battery will be developed keeping Indian climatic conditions in mind.”

During the conversation, further information was shared that indicated that the recently revealed Neo’s electric scooter is the front-runner in terms of design of the scooter which will be evolved to create a India-specific electric scooter.

This is the reason why Yamaha, along with help from Yamaha Japan, will be developing an electric scooter, on the lines of Neo’s, but with Indian conditions and requirements primarily in focus. The real-world range of the European-spec Neo’s is only 37 km on a single charge. This is a small number, considering that the electric scooter will take on many roles in the Indian household other than just being a commuter vehicle.

When enquired about increasing the range of the present Neo’s electric scooter, Mr. Chihana explained that it is not as easy as it sounds. It is a very difficult task to balance great performance expected from an electric scooter and make it run for 100 km and more on a single charge.

“The ones that are capped at 25 km/h can achieve it, but if you have performance levels going up to 45 or 50 or 60kph, a real world 100km range is very difficult”

The technology that Yamaha uses to control the Battery Management System (BMS) is limited which makes it difficult for the system to eek out 100 km from a full-battery and maintain a speed of 50-60 km/h.

Lastly, Yamaha is predicting a time-frame of 2-3 years when they will be ready to deploy their India-specific electric scooter in the market. The company, however, promises that they won’t compromise on safety and safety ‘despite the necessity to get the product to the market soon’.