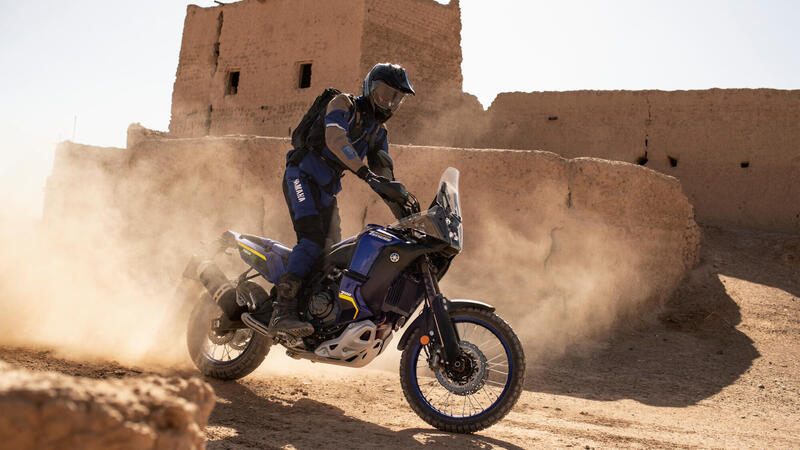 Yamaha Tenere 700 launch has been dismissed by company’s Chairman who hinted at the big possibility of bringing its siblings R7 and MT09 here, most probably within this year…

So, Yamaha India Chairman – Mr. Eishin Chihana sat down with an online portal and shared some interesting tidbits regarding the company’s present plans and considerations.

Revealing some good bits, he shared that Yamaha will be bringing their popular MT-07 & R7 later in the year. The Jap will also be gauging the response of their Aerox 155, and if things look good, it may introduce introduce the much-loved NMax 155 maxi-scooter as well.

However, there is some disappointment for ADV fans as well.

Speaking further on their plans of bringing their adored CP2 engines, Mr. Chihana also shared the fate of the beloved 700 cc ADV – Tenere 700 or T7. He iterated that there is no plan of bringing the T7 to the Indian market anytime soon.

The reason given is that, while the MT-07 & R7 are built at the Yamaha’s facility in Japan, the T7 is produced at their facility in France. And since their manufacturing plant in France is facing supply issues, there are no spare bikes that they can divert to India in CBU form. It must be noted that the R7 and MT07 will be brought to our homeland via the CBU route initially – as a test project.

Since the 700 platform was coming here, the Tenere was a natural candidate. But Chihana’s revelation will definitely leave many ADV lovers disheartened. This is sad news because India is coming up to be the next ADV-loving country among the present lineup of US, Australia & New Zealand and some European countries. The younger population of our country is moving away from traditional bikes and are preferring Adventure-tourer motorcycles.

You don’t have to look far to understand how popular ADVs have become in our country in the past few years. We can see an abundance of KTM 390 Adventure, Royal Enfield Himalayan 411, Hero XPulse 200 4V and their derivatives on our roads and on our highways, making their way towards the ‘proving grounds’ we bikers dream to conquer – Ladakh, Spiti Valley, Kaza etc.

However, looking rationally at the situation, it is understandable that the current pandemic-hit world doesn’t allow such a specialised bike to make its way into our price-sensitive country. With Yamaha’s plan of ‘testing the waters’ by bringing the CBU units of their 700 cc, CP2 powered machines, it will be a very expensive prospective for the company as well as for the prospective buyers of India.

But let’s hope Yamaha’s project turns up well and in the future we may see local assembly of the 700s – including the Tenere – may be, followed by complete local production, in a few years from now.

Let’s hope we riders get to see the three variants of Yamaha Tenere 700 – Standard, Rally Version & World Raid – standing on the showroom floors of our nearest dealerships.