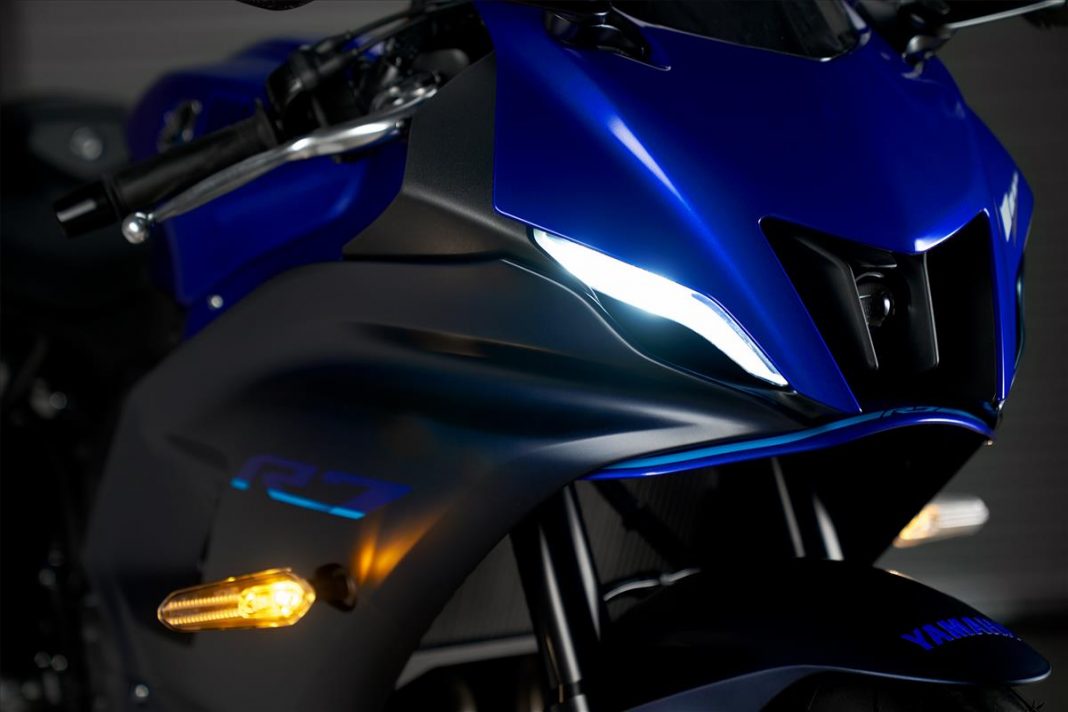 Yamaha R7 India launch has been hinted at by company Chairman. Sibling MT-07 will also tag along but there are caveats that will come along..

So, Yamaha is part of the ‘Big-4’ manufacturers from Japan who have been a reckoning force in the mostly European dominant motorcycle market, thanks to their advanced, reliable and refined range of offerings.

However, in India, where 3 of the Big-4 – Honda, Kawasaki & Suzuki – have been selling premium products, Yamaha have been surprisingly reluctant to bring their middleweight and high-end machines, given that the Jap is arguably the more desired one than the other three.

But rejoice, things might be changing for the best.

Interacting with an online portal, Mr. Eishin Chihana (Chairman, Yamaha Motor India Group) shared that the Japanese manufacturer will be ‘testing the waters’ by bringing a small batch of their MT-07 streetfighter and R7 supersport machines in CBU (Completely Built Unit) form to India.

“Big bikes like the MT-07 or R7, we are trying to bring in some batches. Not big quantities, but enough to satisfy our top-range customers. If we can import within this year, we can avoid the OBD-2 regulations.”

The Indian Government have reportedly accelerated the introduction of the ‘OBD-2 Mandate’ which states that – from 1st April, 2023, all vehicles are compulsory to feature OBD-2 on-board diagnostic technology. This regulation is coming into force one year before the European mandate, which is scheduled to come into play from 2024.

It is reported that Yamaha, and other manufacturers, along with SIAM is requesting the Indian Government to delay the ruling to align it with the European timeline, which facilitates the manufacturers to catch-up with the regulation. However, it is highly unlikely that the government will budge on their decision.

So presently, Yamaha is planning to bring the MT-07 & R7 motorcycles in their current form to our country to understand the response of the Indian customers to its latest premium offerings. The company also shared that they are working to not only offer premium offerings to Indian customers, but also facilitate them with proper after-sales service and spare-parts for the purchase as well.

Additionally, Yamaha is also looking into the ‘possibility’ of introducing their second-from-the-top – MT-09 – motorcycle powered by their CP3 three-cylinder engine. This bike has previously been on sale in our country for a short time.

However, being CBUs expect them to cost a whole lot since India levies over 100 percent taxes on products that are brought from outside. We expect Yamaha to bring their 700 cc, twin-cylinder models to our shores by the end of this year.