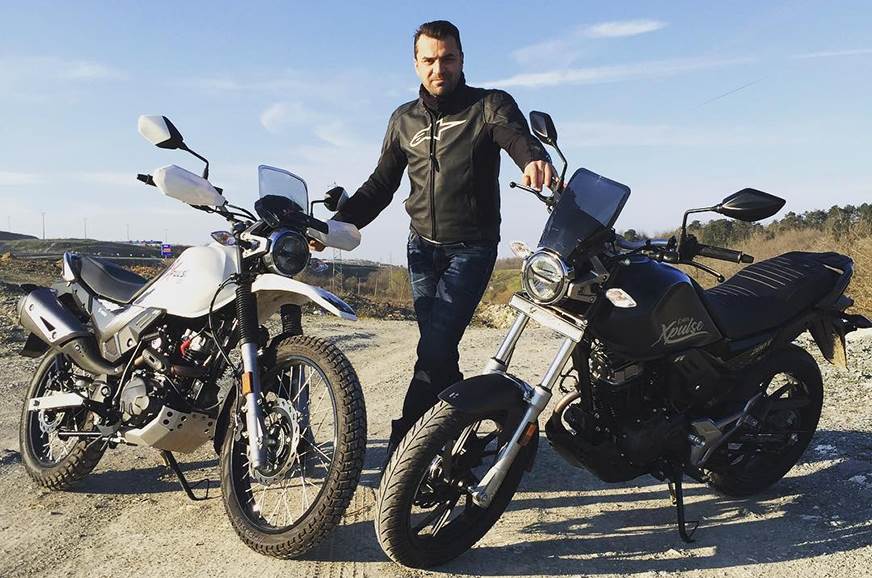 The Xpulse has again been spotted (credit motopixeltv), this time in an almost production ready avatar. It carries the same white colour theme of the Auto Expo display model albeit with a difference – an ‘FI‘ sticker on the side cowl. So, it is almost a confirmation that there will be a fuel injected model on offer. But will it be launched in India is still a point of conjecture.

Why we say this is because Xtreme 200R also has both the versions – carburetted as well as one with fuel injection. However, it is only the carb variant which is sold in India whereas the fuel injected Xtreme 200R is exported to some international markets.

To keep costs at the promised levels, Hero may offer only the carb’d Xpulse in India and keep this FI variant for foreign markets at least till next year when the BSVI emission norms kick in. Talking about the promise, one Hero official has, on record, said that Xpulse will be priced ‘Under 1 Lakh‘ which it should, to make sense of its lesser engine specs.

The other motorcycle you see in this story is the sibling Xpulse 200T which is the tourer version branched out of the same platform. It carries regular road going tyres and have enhanced long distance riding features as compared to the adventure variant.

It appears that Hero may be warming up for the launch of the Xpulse eventually after overshooting multiple deadlines! But you never know…