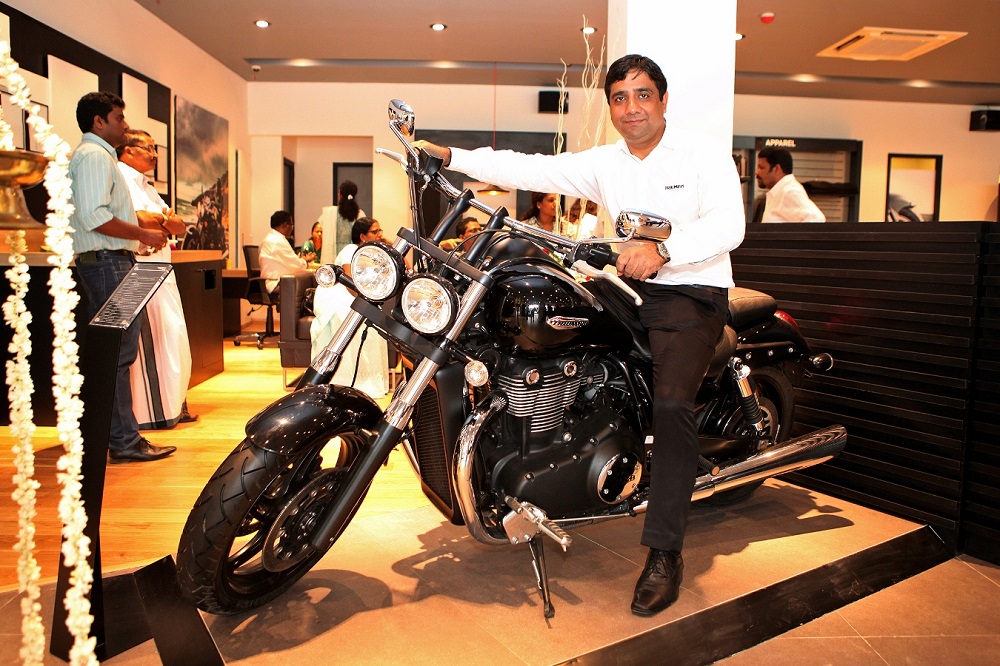 Triumph is on its way to glory. They launched their motorcycles in India in November 2013 and two showrooms – one in Bangalore and the other one in Hyderabad in January 2014. 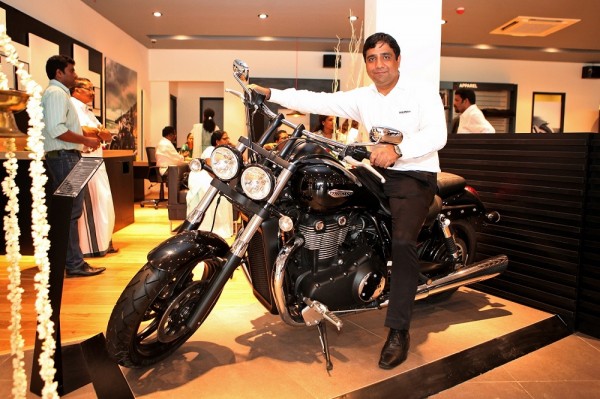 Continuing with their plans, Triumph has launched Kochi dealership, their third in India. Apart from that Triumph has plans to launch 3 more (new) showrooms by 2nd May in Mumbai, Pune and Ahmadabad taking the total tally to 6!

The Kochi dealership is called as Syamadynamic Motorcycles and is a modern showroom with facility of sales, service bays and spare parts. The design of the showroom is built on international Triumph’s layout with a consultation lounge, sales and service desks and the display area.

Triumph Kochi will also keep Triumph-branded riding gear and accessories for sale. The staff of the showroom has also been provided with exhaustive training to ensure best customer experience both before and after sales. A team of service engineers have also been trained at Triumph’s training center in Hinckley in UK.

Triumph has already opened bookings in 8 cities of India and claims that they have clocked a total of 326 bookings for their motorcycles and plans to launch sales by next month. 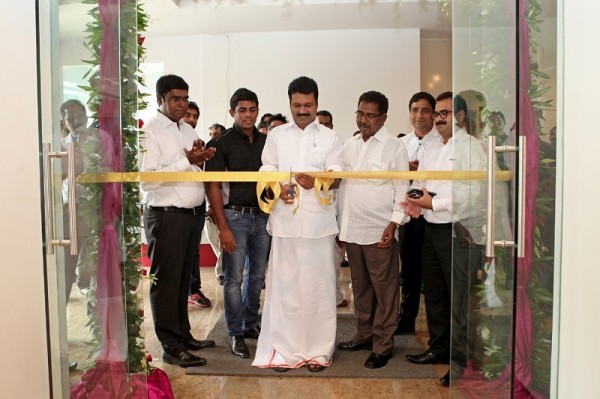 Apart from the 6 cities we have talked about earlier, Triumph has plans to launch dealerships in Delhi, Chennai and Kolkata very soon. With more than 300 bookings in its kitty, Triumph is already ecstatic about their performance and once all the 9 dealerships go operational shortly, we may see a steep spike in sales, which is what the company is also hoping for.

Apart from their current lineup, Triumph also has plans to launch a (or two) 250cc mini-Daytona sports bike, spyshots of which have been snapped earlier.