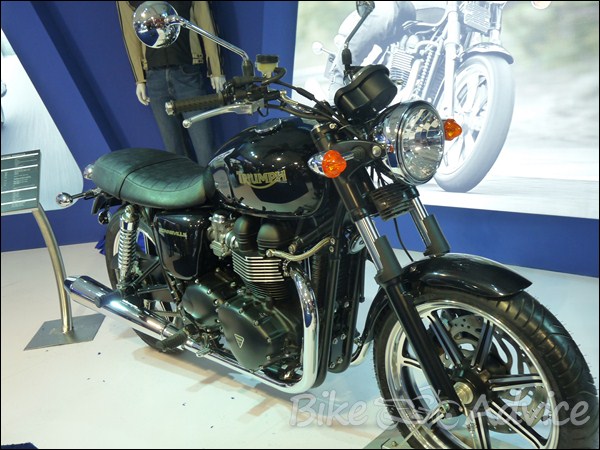 Planning to own a bike from Triumph? Well then, the most wallet-friendly bikes from Triumph you will find are from their Classic range. Triumph has brought all the 3 retro bikes in its inventory into India via CKD. And if you like your history books, you are going to love what these bikes have to offer.

The Bonneville twins and the Thruxton are as quintessentially British as the BBC.

Bonneville, priced at Rs. 5.7 lakh, is the cheapest bike out of Triumph India stable. During the Auto Expo 2012 when Triumph first introduced its bikes in India, Bonneville had a tentative price of around Rs. 5.5 lakh. The Rupee has taken a plunge since then and hence the increase in the asking price (or let us assume it that way!). 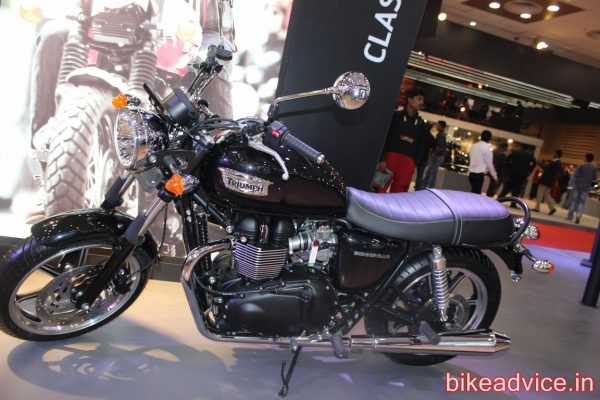 The 865cc air-cooled, parallel-twin of Bonneville has that unmistakable period looks and is capable of generating 67 hp and 68 Nm. The engine is nestled in a simple tubular steel chassis, which Triumph claims, aids in easy steering and helps keep the bike balanced at all operating speeds.

The Bonneville T100 with its retro 60s styling is priced almost a lakh more at Rs. 6.6 lakh. It has the same 865cc parallel-twin as the Bonneville standard but with a taller gearing for better cruising speed. 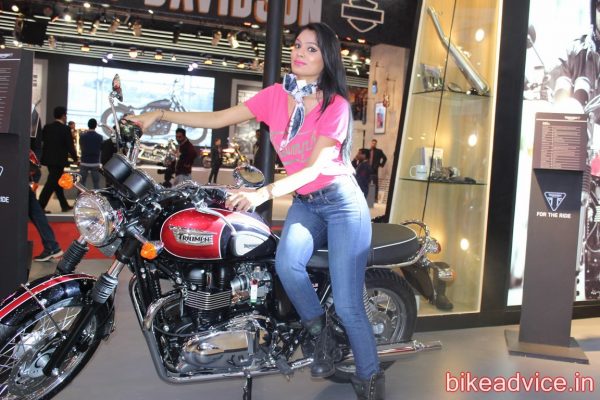 The spoke wheels and the amount of chrome also stands it apart from the other Bonnie. The bike boasts a dual tone color scheme and a more comprehensive instrument cluster with a tachometer and warning lights giving it more ‘electronic’ look than the 1950’s Bonneville standard. The stretched out saddle and placement and rack of the handlebar on the T100 are also different from the standard Bonneville.

Both the Bonnies come deployed with a 5-cog gearbox.

If you were in the 1960s and wanted to dabble in aerodynamics within a tight budget, you will probably mod your bike and it will pretty much look like the Thruxton. 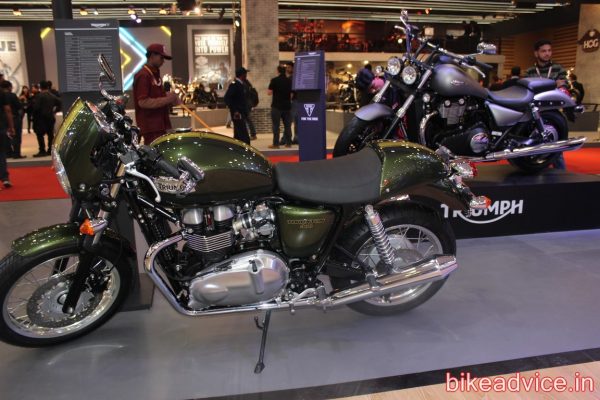 Priced at Rs. 6.7 lakh, the Thruxton is the most expensive bike of the Classic line-up, by just a narrow margin. This café racer straight out of 1960’s Britain features a dropped down handlebar, upswept exhausts, and what appears to be a single seat (until you remove the covering that hides the pillion). The same 865cc parallel twin puts out a healthy 68 hp with 69 Nm of torque and despite its dated looks the fuelling is handled by an onboard computer for better efficiency and emission levels.

The Thruxton also employs a 5-speed gearbox. Neither the Thruxton nor the Bonneville T100 was showcased in the Auto Expo of 2012.

Incidentally, Royal Enfield introduced its café racer version, called the Continental GT, a few months ago at the ‘Goa Burn Up’. The bike is priced at Rs. 2.05 lakh OTR and it is a treat to look at. It looks British too for that matter. In fact, it looks as British as the Queen.

For less than half the price of the cheapest Triumph nostalgia the Continental GT does scream for attention. It has the pedigree and its 535 cc air-cooled single does have enough punch for all intents and purposes, but what it lacks though is the high-tech refinement that the Classics from Triumph has to offer; that and the fact that Triumph has a bigger parallel-twin.

Any ardent biker out on smooth and twisty country roads would know what these bikes stand for. These bikes are not meant to break any land speed record. That’s mundane and is well left to the modern bikes; the landscape through which these Triumph’s Classics ride calls for a more subtle approach to life.