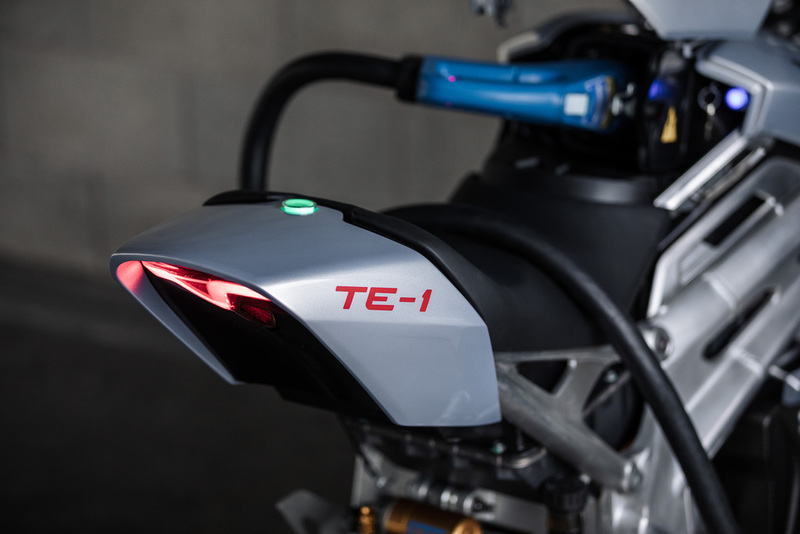 Triumph TE-1 electric project conclusion resulted in some interesting numbers and details. sadly, this prototype will not go into production.

The historical British brand – Triumph Motorcycles – have been working for a while to create their own version of a motorcycle which will lead the way for the brand into the future.

Since February of this year, Triumph have been sharing their progress of the development of their ‘TE-1’ electric motorcycle prototype based on their flagship petrol-powered Speed Triple 1200 monster.

After a long and arduous development and testing, Triumph have proudly shared that they have officially concluded the testing of their TE-1 electric project and have revealed some impressive performance and charging numbers from the project.

The Triumph TE-1 electric bike project was undertaken by a unique collaboration between Triumph Motorcycles, Williams Advanced Engineering, Integral Powertrain Ltd, and WMG, University of Warwick, and was funded by the Office for Zero-Emission Vehicles through Innovate UK.

At the end of their Phase-4 testing, Triumph was able to achieve a claimed range of 100 miles or 161 km on a single charge from their prototype machine.

The company gives all the credit for this impressive category-leading number to the high energy capacity Williams TE-1 project developed battery pack which implemented the regenerative braking effectively, with a broad scope for better optimisation in the future.

The new TE-1 prototype has been developed upon the underpinnings of the ICE-powered Speed Triple 1200 hyper-naked which also provides a great reference point for the company to measure the progress of the development.

According to Triumph, the TE-1 prototype bike puts out 130 kW or 175 BHP and a peak torque of 109 Nm. These power figures are just 5 BHP and 16 Nm shy of the flagship Speed Triple RS hyper-naked.

Coming to the real numbers, the TE-1 prototype is able to achieve an impressive charge time of 0-80 % State of Charge (SOC) in just 20 minutes.

This impressive was achieved by Triumph with the help of Williams Advanced Engineering (WAE) resulting in the development of advanced battery and charging technologies.

Triumph claims that the TE-1 electric prototype sports a physical size & scale comparable to their Street Triple combined with the ergonomics, geometry & weight distribution of a Speed Triple.