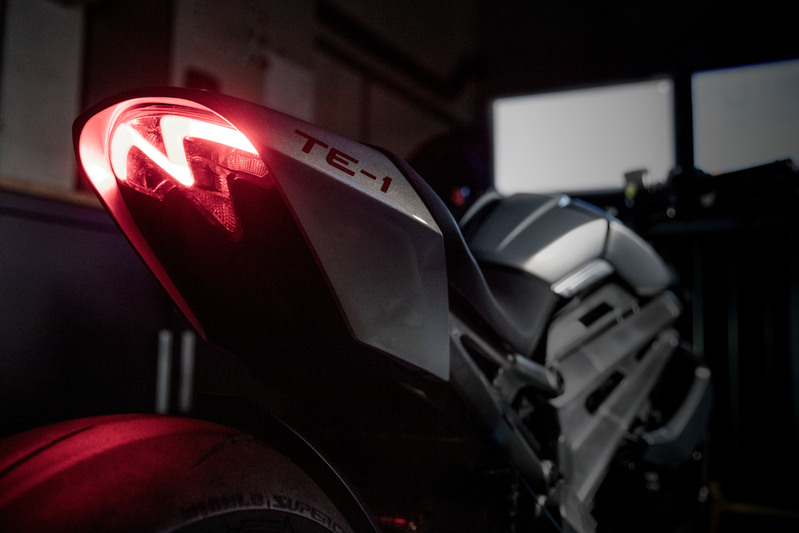 So, British bike maker, Triumph, have been working on their electric motorcycle prototype named ‘TE-1’ for a while now.

Back in February, they announced the Phase-3 completion of their testing and revealed the first look of the bike to the world. In appearances, the TE-1 electric prototype is based on their ICE powered Speed Triple streetfighter.

Now after 3 months, Triumph have proudly announced the completion of their final phase of testing of their TE-1 electric bike prototype. They have also released a small teaser on their social media, showcasing the prototype being tested on the dynamo.

Triumph started the Phase-4 of testing from February of this year.

According to their press communication shared in February, the Phase-4 of testing consisted of Live & real-world testing of the prototype. Initially, the final phase of testing was scheduled to run for at least 6 months.

However, Triumph Engineers and R&D department have completed the testing within 3 months of starting of the final phase of testing.

Now, as the final real-world testing has completed, Triumph is proud and confident to share their findings with the world.

They have announced that all relevant details related to their TE-1 electric bike prototype will be shared on July 12. This announcement will include important details such as Performance figures, Range, Charge times and much more.