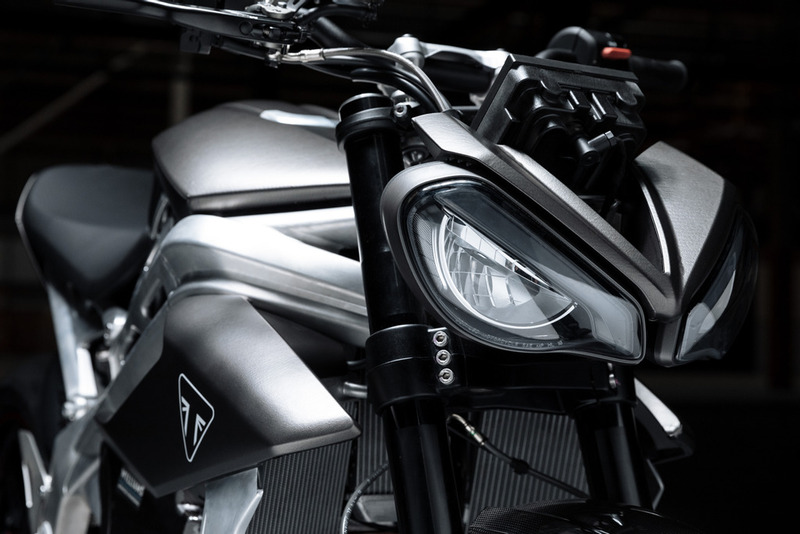 Triumph TE1 moves closer to production as it completes the third phase of development. It now is in the live testing phase…

Triumph have announced the completion of phase-3 of their TE-1 electric project with the unveiling of their ready-to-roll bike which is clearly inspired by their Speed Triple.

The completion of phase-3 indicates the conclusion of the collaborative stage of this project between Triumph Williams Advanced Engineering, Integral Powertrain and WMG at the University of Warwick.

The completion of phase-3 has resulted in the final build of the prototype demonstrator of the TE-1 which features integration of all of the latest and final innovations from Triumph and their project partners.

Triumph iterates that the key achievements during the phase-3 include test results that exceed current benchmarks and targets set by the UK Automotive Council for 2025. They see this platform as having a great potential for future development in electric motorcycle performance.

“It has been truly exciting to see the progress made during phase 3 of Project Triumph TE‑1 with the final prototype motorcycle now going into real life testing. Everyone involved at Triumph are proud to have been part of this innovative British collaboration. Personally, I am thrilled with the results we have already achieved with our partners, and the exciting preview of the potential electric future to come.”

Heads Up – KTM Confirms Electric DUKE: Made in India?

With the completion of the prototype demonstrator, Triumph will now switch their attention to the live testing phase of the TE-1 project (phase-4).

For next 6-months, the prototype demonstrator will undergo an extensive live testing programme within Triumph’s facilities.

Various programs that will be run on the prototype –

Triumph estimates that the live testing phase (phase-4) will be completed by summer 2022. By then, the company predicts that the TE-1 prototype will be updated with its final body panels and paint scheme.

Additionally, the full results of the project including the final specifications and testing outcomes will be published and presented including final battery and range performance.