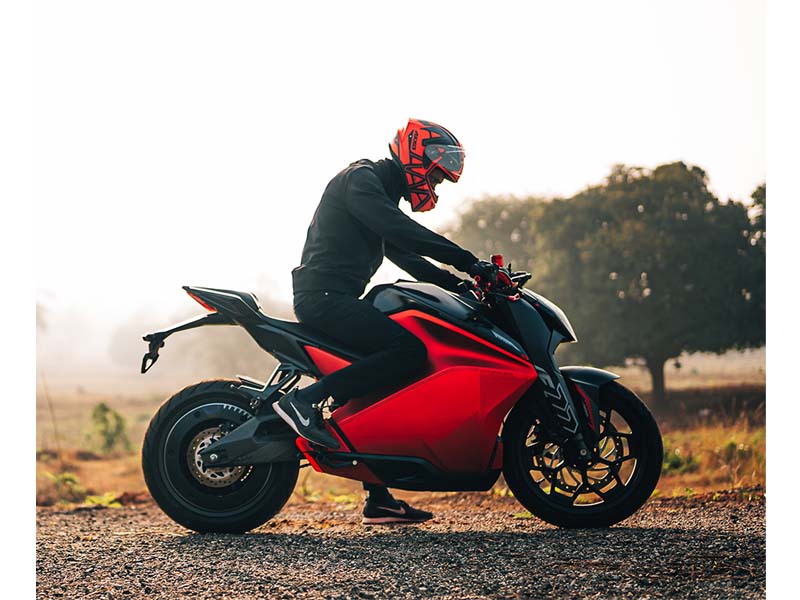 Here are some of the electric bikes with highest range in the market. With improved tech, makers are offering products with upto 300 km range…

The EV 2-wheeler market of our country is growing in leaps and bounds. improving performance, reducing cost of ownership, tanking battery prices along with a push from the Government – everything is helping mass adoption of electric as mode of transportation.

With so many options in the market, let us list six bikes that have a claimed range of 150+ km.

The Okhi-90 is Okinawa’s flagship electric scooter with a claimed range of 160 km.

Simple One have launched the updated version of their flagship e-scooter ‘One’ featuring their new motor and BMS tech that boasts nearly 300 km range and 96% efficiency.

The Kratos and KRatos R are Tork’s flagship electric motorcycles which took nearly 6 years of R&D and hard work. These bikes are a reflection of the company’s successful legacy at the Isle of Man TT event.

Under development since 2019, the Bengaluru based Ultaviolette F77 is the most anticipated electric motorcycle yet to be launched in our country. Recently, the company shared some interesting and mouth-watering updates about the F77 motorcycle.

Japan based Komaki have introduced ‘India’s first’ electric Cruiser motorcycle by the name of Ranger – inspired from its long range capabilities.