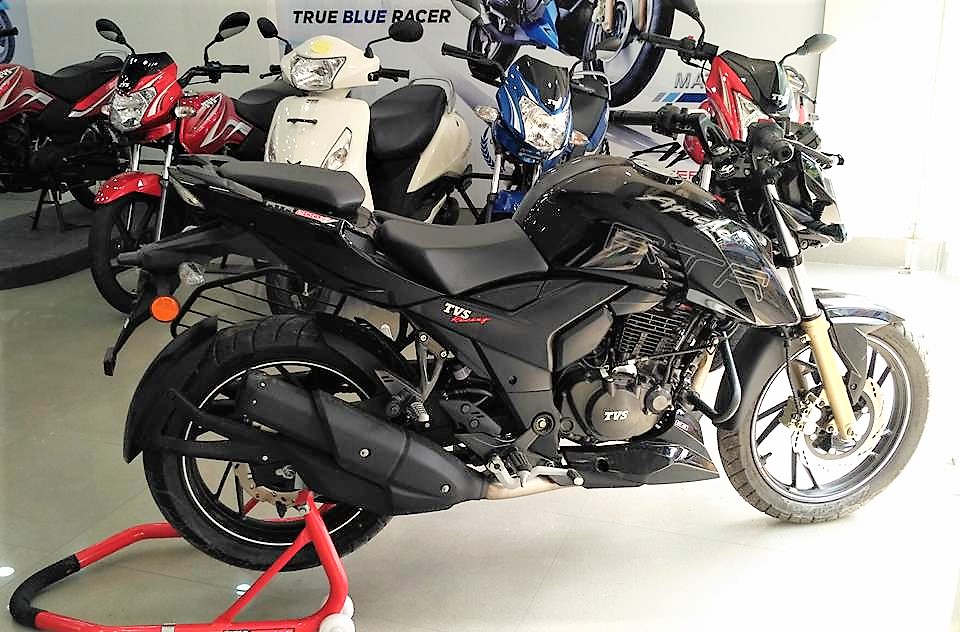 A video posted by MotoTuneTM reveals that TVS has started shipping Apache 200 BS4 models to dealerships. They have caught a consignment of brand new wrapped Apaches with clear BS4 stickers confirming that after Jupiter and Wego, the Apaches have been upgraded to meet the stringent emission norms which will become mandatory from 1st April 2017.

There are two Apache 200 models shot – one of them, the matte grey, is, for sure the carburetted variant with a BS4 sticker at the engine underbelly cowl. It also does NOT get the headlamp on/off switch which confirms that it comes with AHO (automatic headlamp on) feature, again a mandate from next month. 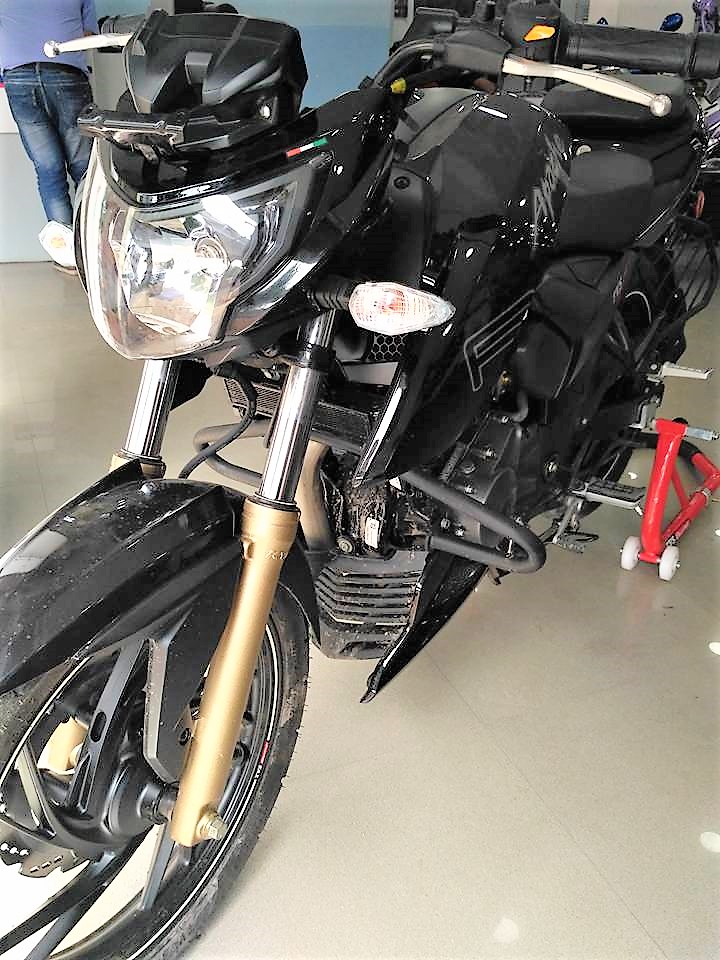 However, the other gloss black Apache 200 is a point of contention. It is claimed to be the Apache 200 FI variant which has been elusive even after a year of its launch. They say, instead of the carburetor (which is clearly visible in the grey coloured model), the black Apache 200 was equipped with a fuel injector. We have the following few doubts though…

Now notice this Apache 200 from the video and check the points marked in 1 & 2..

Nonetheless, there, appears to be a difference between the two models caught on camera at the back-side of the engine and it may, well, be a fuel injector (on the black motorcycle) as claimed. If it indeed is, TVS has kept its promise of introducing the Apache 200 FI ‘soon’ (more details). 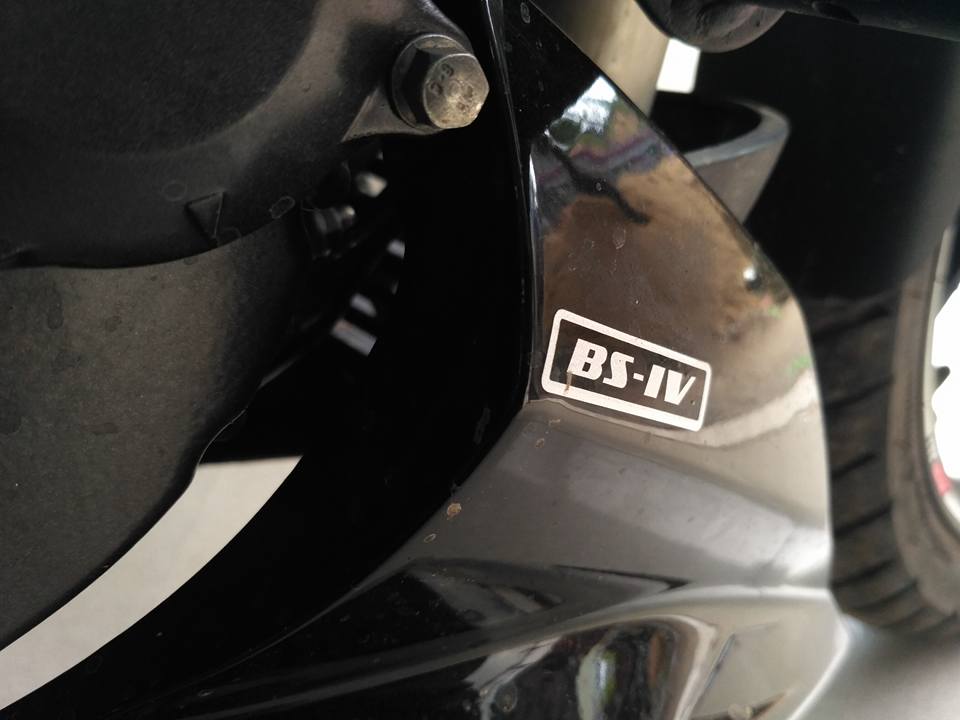 The video also pictures the smallest Apache 160 with a BS4 sticker confirming that it has also been upgraded. However, for some reason, it features a headlamp switch on/off button. 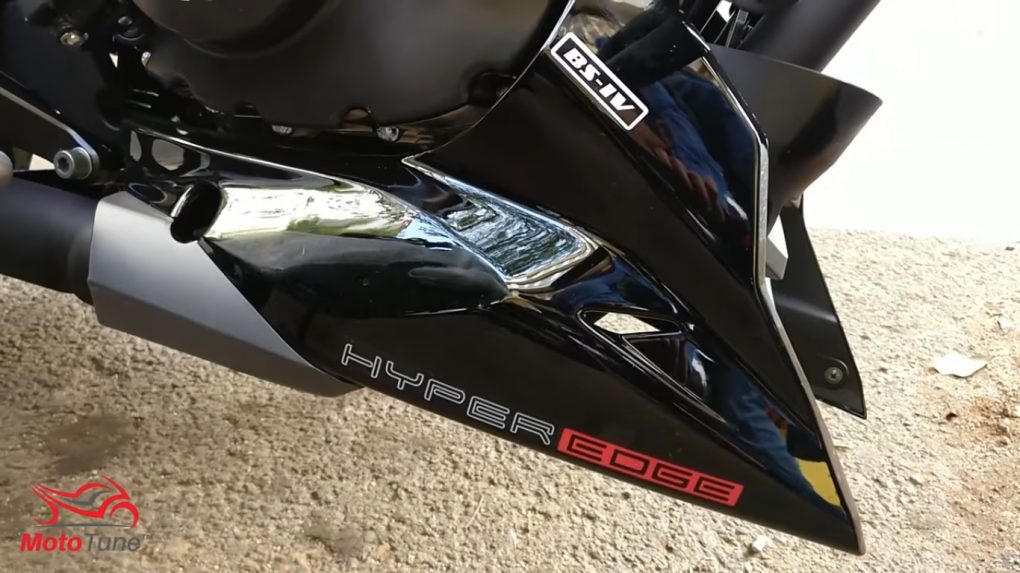 If you get any confirmation about the Apache 200 FI from some dealership or the official specs (power and torque numbers) or its brochure, do share it with us and stand a chance to win goodies. With this, we await an official announcement on the same along with price reveal…

Next Read: Akula’s Best Spy Pics Yet Reveal ABS & Console; Could be Called as Apache 315