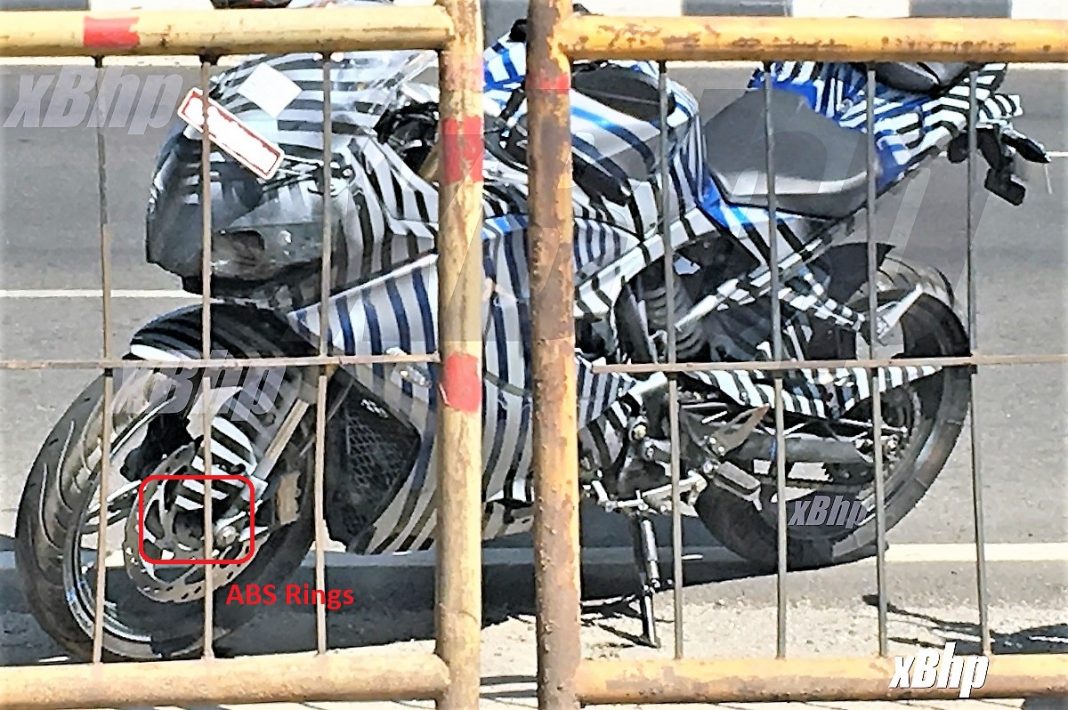 So, this first TVS-BMW platform will spawn at least three motorcycles – the roadster G 310R, adventure G 310GS and the faired Akula. The first two will be sold under BMW’s banner and TVS chose something which has better chances of clicking in our market – the faired version.

Slowly, Akula is beginning to divulge its closer-to-production form and we have a sneaking (but unconfirmed) bit that it may be called as Apache 315. After revealing the flashy swirling LED tail for the first time (pic credit Powerdrift ), the flamboyant motorcycle has been spotted in best ever spy pics at Xbhp revealing newer details. 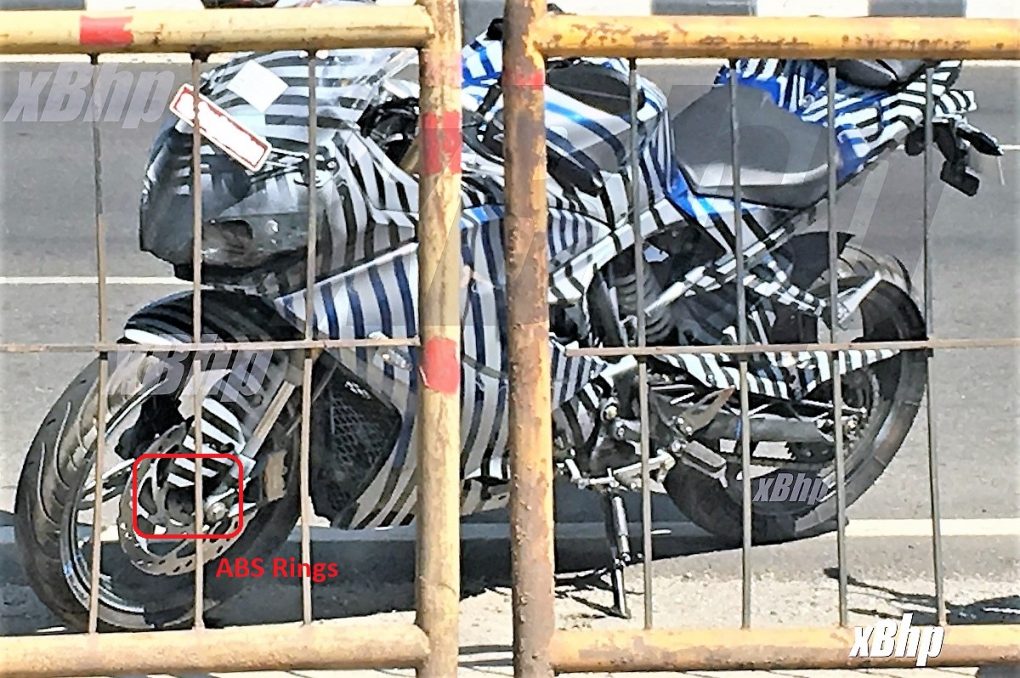 First up, have a very close look at the front wheel and you will see the same Bybre disc brake setup from BMW G 310R. The ABS ring confirms the presence of the braking aid and it will be interesting to see if TVS offers a switchable unit or not. You must know that upcoming G 310 GS adventure gets switchable ABS whereas the G 310R does NOT! (G310 R vs G310 GS – List of 8 Differences)

Apart from that, the sports motorcycle gets a vertically stacked instrument cluster and a clip-on handlebar accentuated by those golden nut-bolts! The parking stance looks very sporty and bulbous. 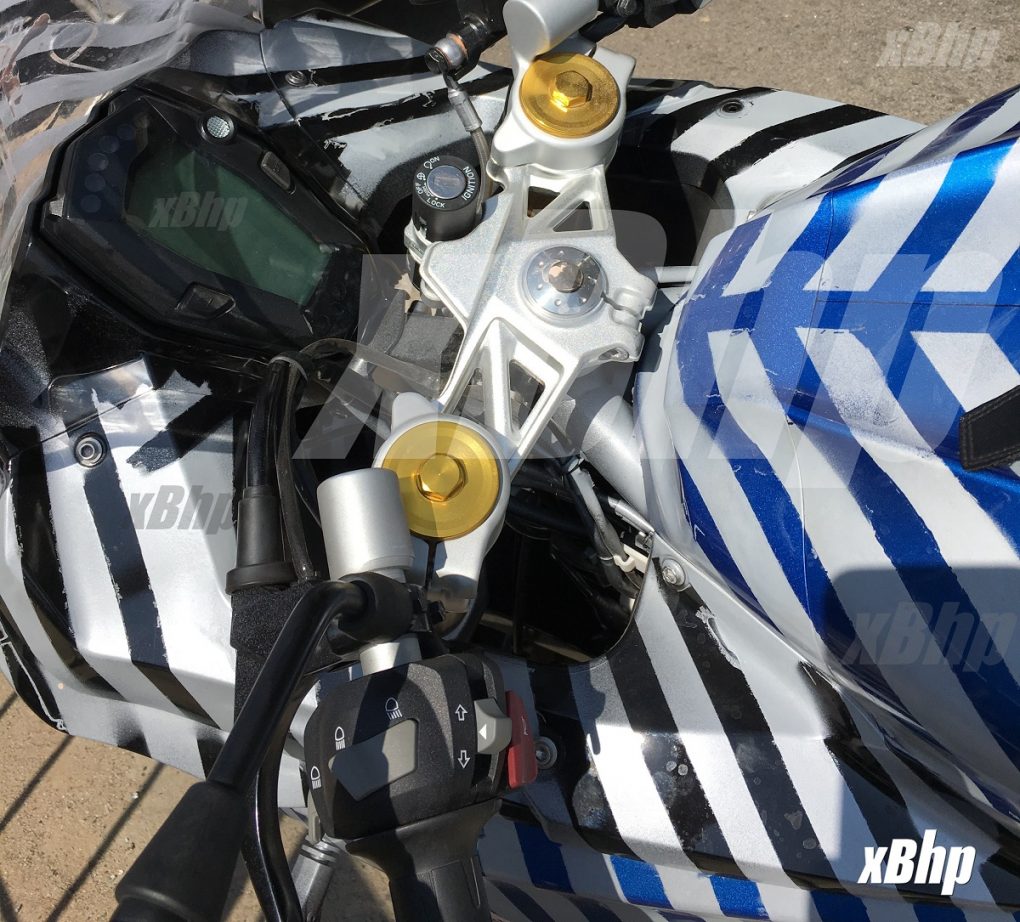 As compared to the all-racing Akula concept of the Auto Expo, the production Apache 315 appears to have a relaxed seating posture but look at the size of it – it almost looks like a 500-600 cc sports motorcycle – the Pulsar in the video (appended below) looks so puny in comparison.

Like it has been the case so far, that G310R-like exhaust canister continues to do duty hinting at almost a confirmation that TVS will take it to the production version. The chunky rear tyre and rear disc brakes are visible apart from the raised clip-on and those side blinkers jutting out of the bulbous fairing. The front headlamps are placed low giving the motorcycle a purposeful stance. However, that distance between the fairing and front mudguard appears to be too less. Isn’t it? 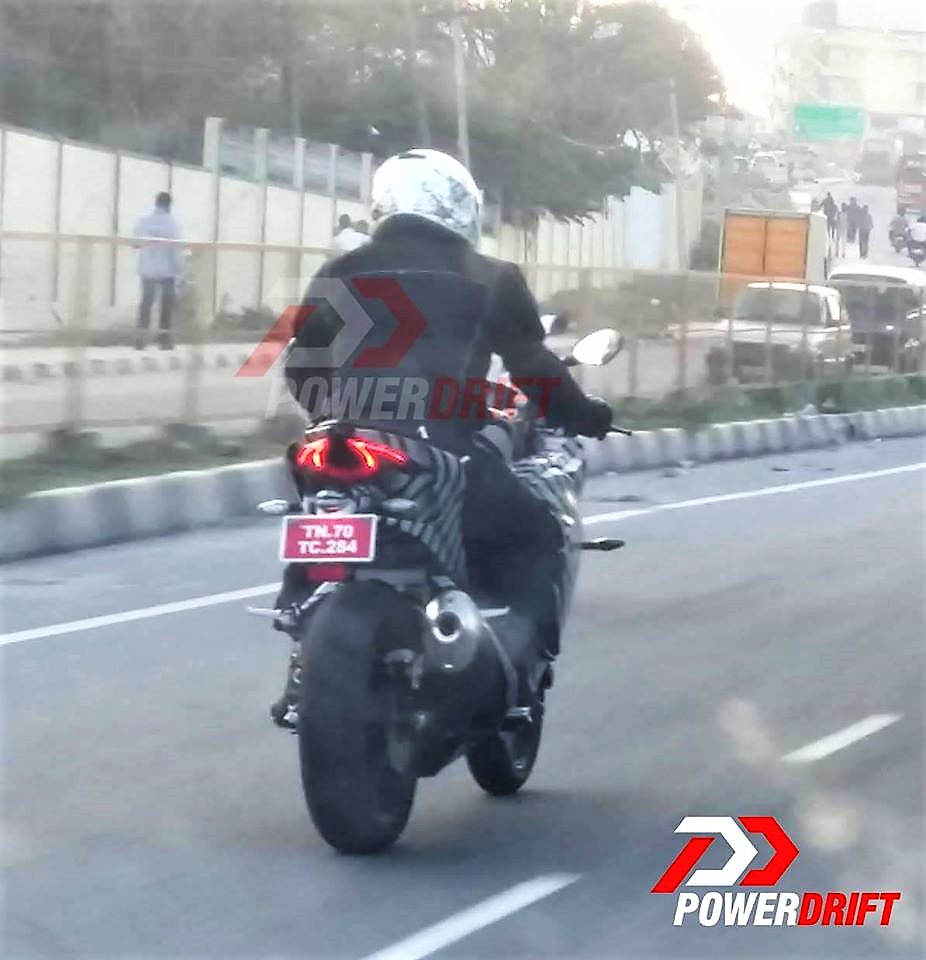 Akula aka Apache 315 will use the same G 310R’s 313 cc liquid cooled 4-valve engine. On the BMW’s it produces 34 PS of peak power and 28 Nm of max torque. How will the tune change on the TVS can not be predicted at the moment.

Unlike some misleading reports you may have read elsewhere which claimed Akula’s launch in 2016, the motorcycle will be introduced sometime towards the first half of 2017, as we have always maintained (our report).

Apache 315 has not reached its final testing stage yet and the marketing team at TVS has NOT been given a go-ahead signal yet. It will be TVS’ biggest motorcycle and will rival RC390, Pulsar SS400 among others. Bajaj has shocked the nation with their Dominar and it will be interesting to see how TVS reponds!

Next Read: List of 5 Most Awaited Motorcycles Currently on Test on Indian Roads – 250-400cc