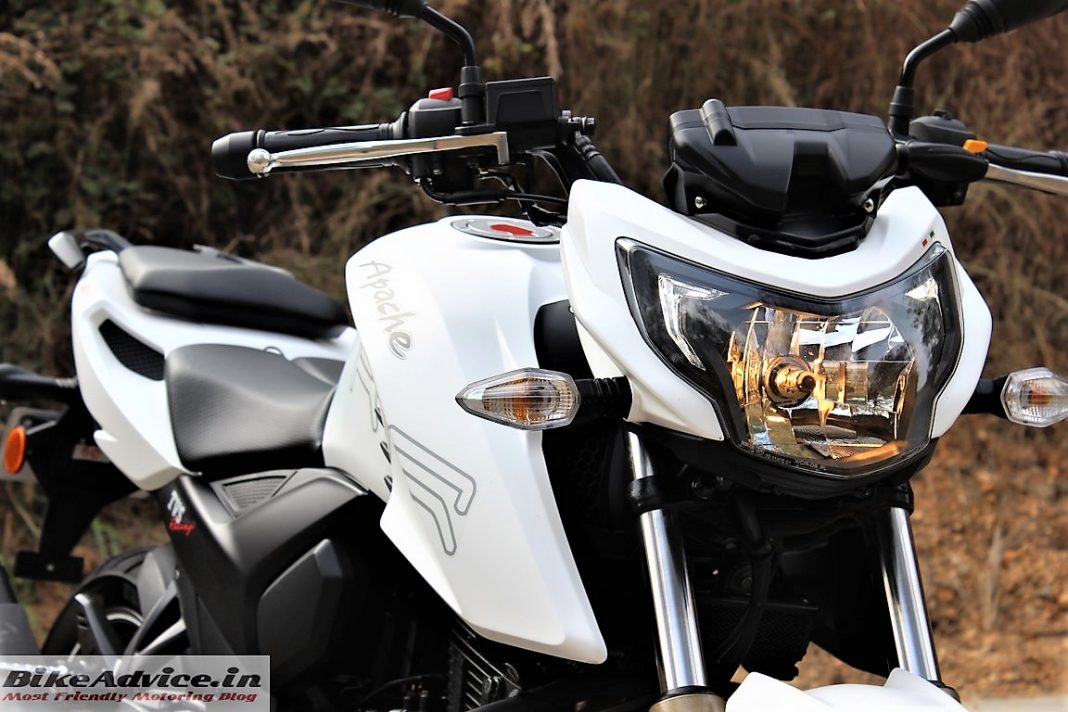 Update: Exactly after a couple of months of this article we asked TVS about an update on the Apache 200 since they promised its introduction in two months. The company tells us that – Apache 200 FI is still NOT being shipped to dealerships but it will be available soon! What you can have now is the 2017 Apache 200 BS4 Carb!

We rode the Apache 200 (both FI and Carb) in January 2016 and were assured of their launch in the coming few weeks by company’s top officials. However, more than a year later, the Fuel injected Apache 200 has still not made it to showrooms! Yes, the Apache 200 FI, despite being BS4 from day one, has still NOT been launched.

We connected with TVS to understand the official reason of its delay and by when will the motorcycle be available for all of you who have been asking us questions on the same. TVS informs us that they are full with the demand of the carbureted Apache 200 and so far, they were focusing on supplying the same to all those who have booked them. Here is the official statement…

“There is high demand of the carburetor version of Apache RTR 200 currently and we are trying to complete the supplies for the same.”

It is actually surprising because we are NOT talking months, it has been a year and TVS should have planned their production beforehand. They were not able to sort out production of two variants of the same motorcycle for 12 months is something which needs attention if they have to launch the even bigger (and more complex Akula) in the promised time frame (of early 2017)!

However, at the same time, they officially informed us that deliveries of the the fuel injected Apache 200 should begin in the coming two months.

“..However, the delivery for the FI variant is expected to start in the next couple of months.”

Ideally, there shouldn’t be any major price increment in the already announced price tag of Rs 1.15 lakh for the top of the line Apache FI (with Pirelli tyres), since it was already BS4 compliant (Apache 200 carb was BS3).

So, now with Pulsar NS200 re-launched and Apache 200 FI coming back – which one will you grab?