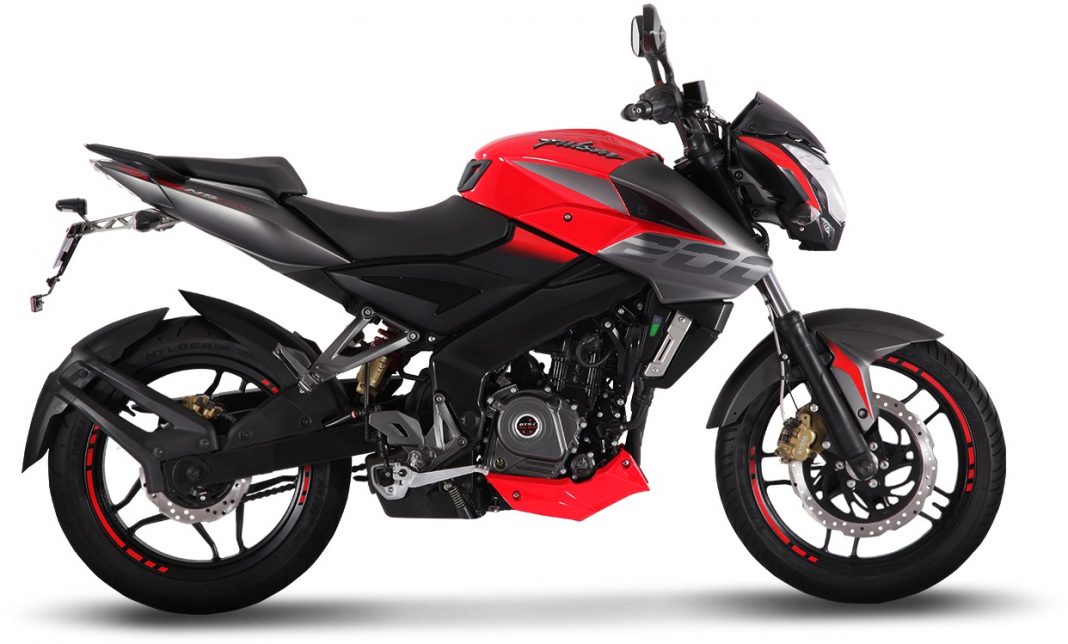 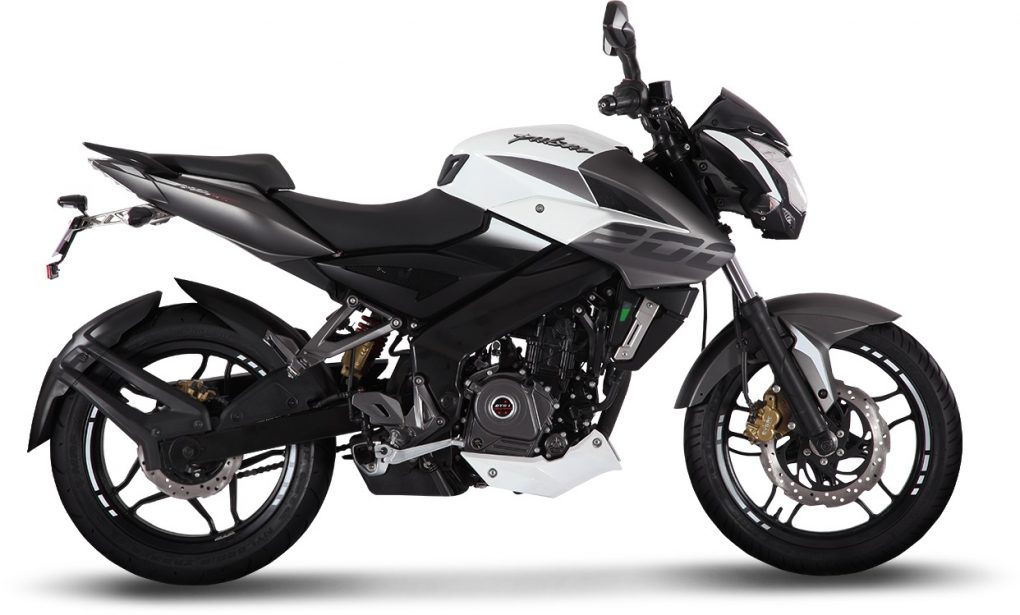 The motorcycle gets 280 mm front disc brakes and 230 mm rear disc brakes as standard and weighs 152 kg with a ground clearance of 167 mm.

Changes are in the form of its aesthetics – it gets new dual tone flashy colour themes and an underbelly pan, along with contrasting rim stripes. It being offered in the following three colour themes..

All the three colours are shown on this page. 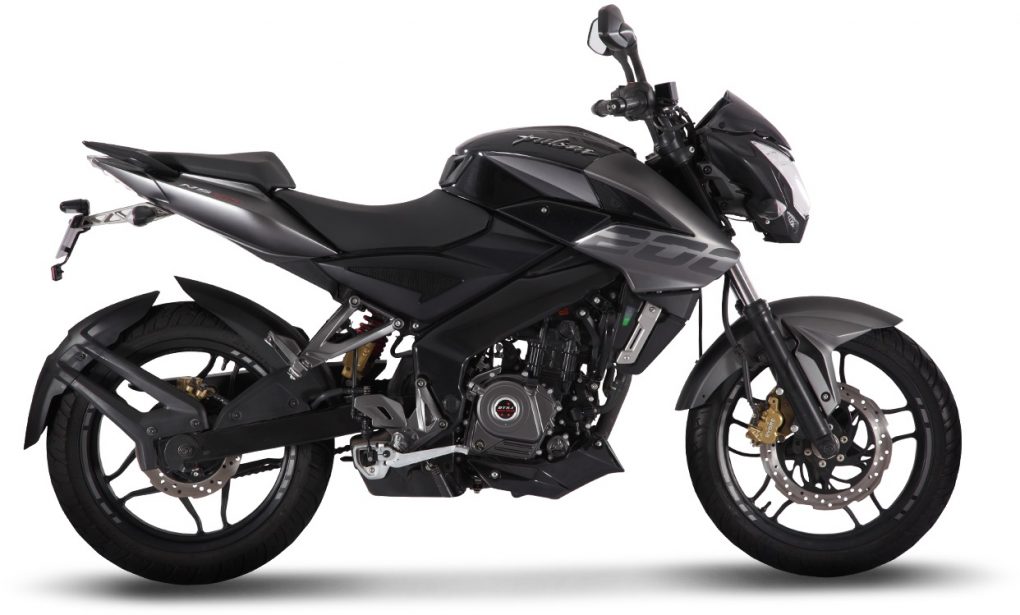 The 2017 Pulsar NS200 has been priced at Rs 96,453 ex-showroom Delhi. Before it was discontinued, the Pulsar NS200 costed somewhere around Rs 93,000 which means this transition to BS4 (and this time lapse) has costed an increment of around Rs 3000.

Though ABS is not on offer, we still hope an optional higher ABS-equipped variant will be introduced in the coming few months. The Pulsar AS200 is still being shown at Bajaj’s website and it will be interesting to see what future holds for the faired motorcycle, after the introduction of its naked sibling!

Next Read: Will you Buy a Faired Dominar 400F? Speculative Render Pic