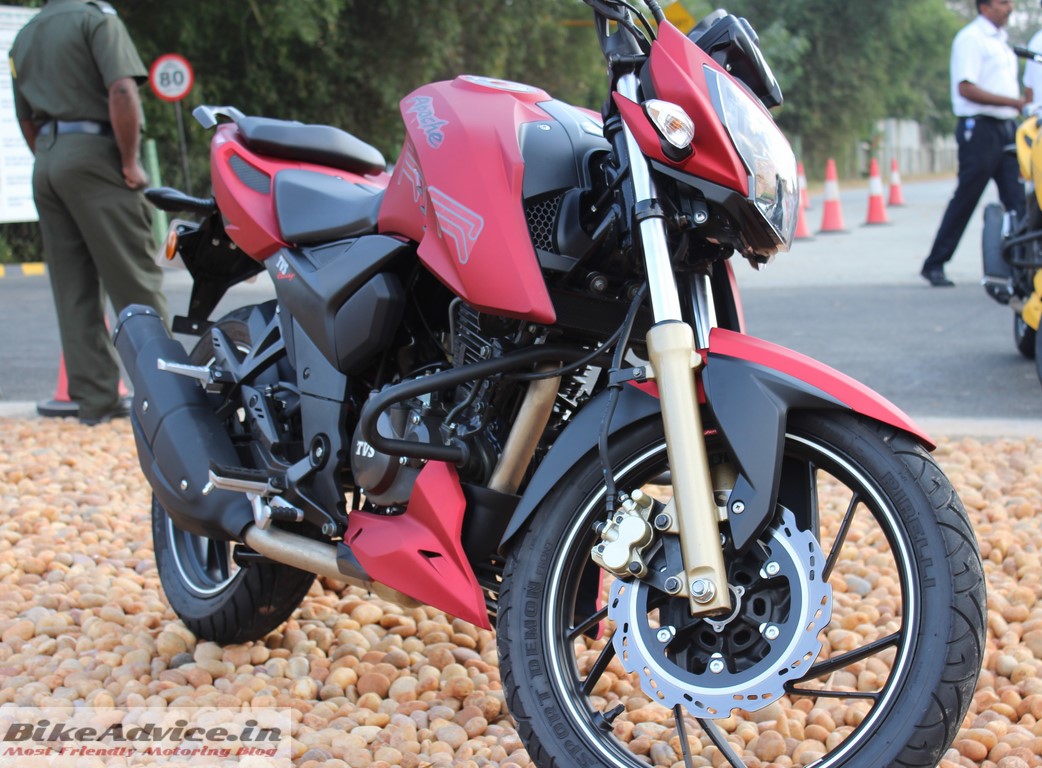 TVS has updated the Apache 200 carburetor to the latest BS4 emission norms. It also gets DRLs which take care of the other mandate of AHO (automatic headlight on) by the government.

It must be known that Apache 200 FI was already BS4 compliant when it was unveiled a year back. However, according to an official confirmation from TVS, we have learnt that fuel injected Apache 200 is still NOT available for buying!

It continues to be offered in two versions and there is no ABS variant still! The motorcycle has reached dealerships as can be ascertained by earlier spy pics. Very recently we have thoroughly tested the Apache 200 and will share its detailed review soon.