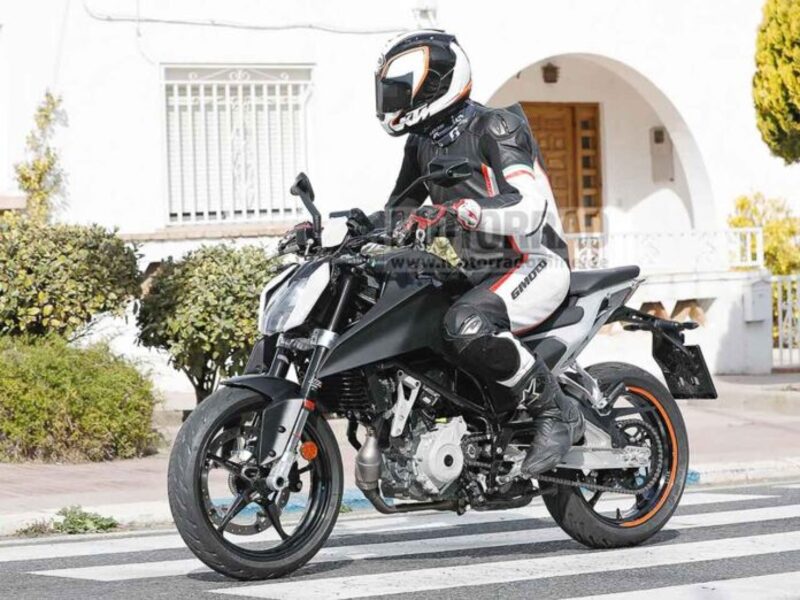 So, it appears that KTM have a lot in-store for 2022 and 2023. At various instances, international media have been capturing different KTM prototypes undergoing testing on international soil.

From an earlier test-bike of 390 Duke spotted last year, recent spotting of two different variants of 890 Adventure to the most exciting prospect, an aggressive variant of the 390 Adventure, KTM is keeping themselves busy.

Now, adding to the list, Thanks to Motorrad Online, we have got some images of what appears to be a radically different 125 Duke being tested, and these images could be the glimpse into the new design language KTM might be using in the future upgrades/updates of their machine.

The biggest difference we can see from the images is the new sharper design of the test-bike. The new design is very similar to the latest iterations of the bigger twin-cylinder KTM machines. The design carry-over can be seen on the fuel tank, which is larger, surrounded by longer and sharper tank extensions which extend slightly beyond the front forks.

Beyond the bodywork, there are changes brought to the chassis and the engine as well. Looking at the chassis closely, we can see that the KTM staple Trellis Frame has been added with some more crossbeam. This must be done to make the overall chassis much stiffer and provide better feedback to the rider. The sub-frame also appears to be different in design and is much longer in construction than the one used in the current generation.

Coming to the heart of the machine, we could see that there is something new powering the next gen 125 Duke prototype. According to Motorrad Online, KTM will be bringing an updated power-unit to the bike.

In the images we can see that the mounting points of the engine are different and even the engine casing appears to be different than the current version. It is expected that the updated power-unit will be offering better power and torque figures along with better overall efficiency.

One of the biggest changes on the test-bike is the new rear suspension setup and the swingarm. The new swingarm sports a lattice-type structure and a new bracing arm. The swingarm is connected to the frame by a new offset monoshock instead of the current mid-mounted setup. This is a radically new setup introduced by the Austrian manufacturer and since this bike is in testing, we still have to wait a while to see if this setup will come to the final production bike.

It is expected that KTM will be introducing the next-gen range of their Dukes in the EICMA 2022 which will take place later in the year. After the introduction, these bike will make their way into our market by 2023.