KTM’s RC series of bike are being readied for a launch in the country and one of the test mules have been photographed undergoing tests on a public road at some place near Pune, once again. Well before the first ever spyshot made way on to the interweb, BikeAdvice busted this bit that KTM has started testing their faired RCs in India. 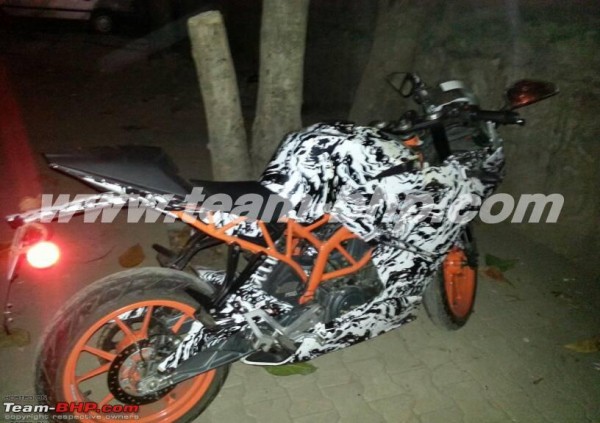 These images posted on Team-bhp.com show an RC resting itself after a long day of test rides. The grainy images and the fact that there is so little to tell the RC200 and RC 390 apart makes it rather challenging to be sure which one of the bikes it is. 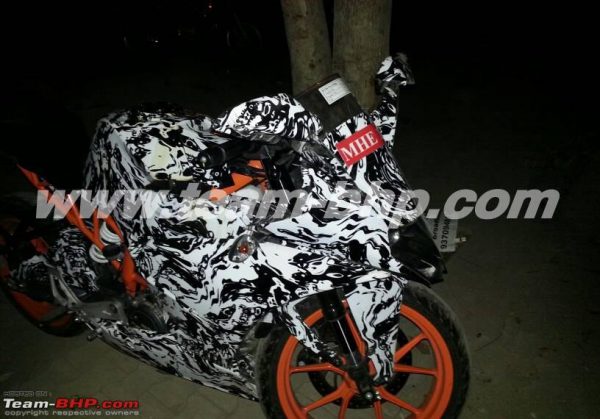 Upon very careful observation, this appears to be the RC390 as the lower part of the engine cover as well as the crankcase are a wee bit different and match the RC390 studio shots we already have. Looking closely through the crude images, I could also make out the clutch screw in a more upright position than you find in the RC200, where the screw is in a more tangent position. The oil filler cap on the RC200 is also easily visible than the one on the RC 390. 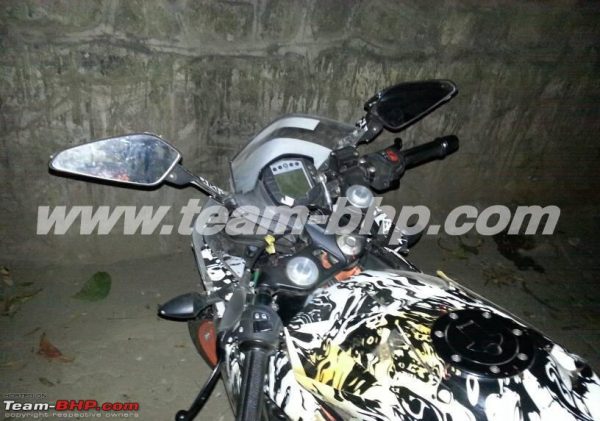 Interestingly, what we know for now is that the RC200 will be launched earlier than the RC390. But there will not be a long gap between the launch of these two machines. Both these eagerly awaited motorcycles will be launched in India towards the middle of the year 2014. 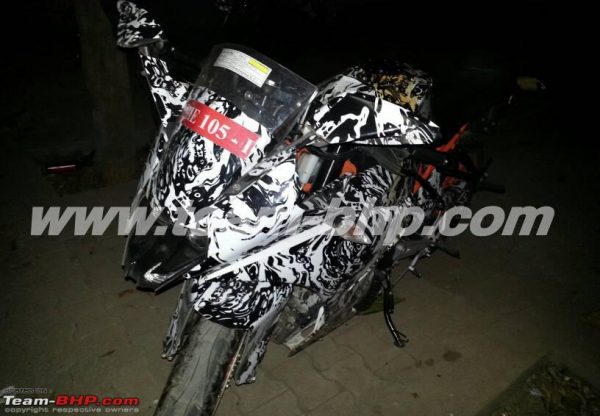 In terms of specifications, the KTM RC390, like the Duke 390, will produce power output of around 44PS and the RC200 somewhere close to 26PS. According to our estimates, RC390 is expected to be priced somewhere around the 1.6 Lakhs whereas this RC390 will be around Rs 2.5 Lakhs, both ex-showroom. 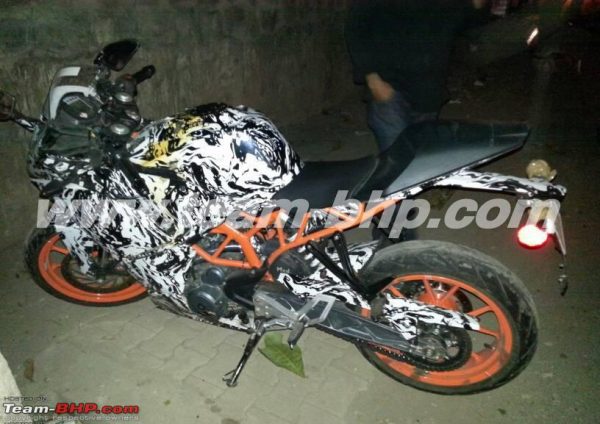 KTM RC200 and RC390 will be manufactured at Bajaj’s Chakan plant in Pune, along with the RC125 which will not be launched in India, like the Duke 125.

With the Ninja 250RR Mono just being unveiled, how many of you will put down your money on the RC390?